Cyanide & Happiness - Freakpocalypse, the upcoming comedy point and click adventure game from Explosm, Skeleton Crew Studios and Serenity Forge finally gets a release date. On March 11, 2021 it will release for Windows and with the Linux / macOS releases being readied up for release slightly later in April as the publisher confirmed to us on Twitter and in their latest Kickstarter update. 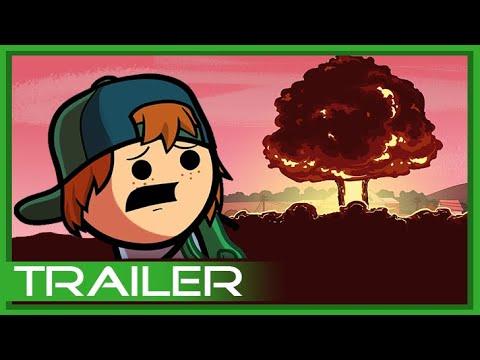 You play as Coop “Go Away, Weirdo” McCarthy and all you want to do is make the world a better place. The trouble is: Nobody likes you, school sucks, you can't find a prom date, everybody bullies you (including your teachers), and your attempts to help only make things worse. Will you escape high school alive? Who will love you? Do you even deserve love? Why is this game called Freakpocalypse? Find the answers to these questions and more by looking at, talking to, and touching everything within the C&H universe.

Once the Linux date in April is confirmed, we will let you know. As quite a big fan of Cyanide & Happiness, I'm eagerly waiting to see how this turns out. It's pleasing to see another Kickstarter project that will be keeping to their word on their original advertisements of Linux support. The publisher already approved and sent our key, so we'll be on it as soon as Linux support lands!

View PC info
I love Cyanide & Happiness series, their sense of humor is really something.

I'll buy this game once they release on linux.
1 Likes, Who?

Eike 26 Feb
View PC info
I've seen the web comics, but I didn't know the name so I wasn't aware this is connected. Nice!
0 Likes

Ooh, I actually backed that one and lost track. Nice!
2 Likes, Who?
While you're here, please consider supporting GamingOnLinux on: