Inspired by Thief, The Dark Mod 2.09 is out with more modern OpenGL rendering

Thief is an absolutely classic, and the series lives on thanks to The Dark Mod which is a standalone free and open source first-person stealth game. Calling it a game isn't entirely correct though. Well, it is, sort-of. The Dark Mod is really a platform for others to create with, it's a big beautiful toolkit for developers to make stealth games and missions with and it's quite fantastic actually.

The Dark Mod 2.09 was announced today bringing in a big overhaul to the graphics rendering, thanks to it using more modern OpenGL. The team mentioned that all their changes "gives TDM some of the performance advantages of rendering using a low level API like Vulkan".

It's a huge release with lots of performance improvements, experimental gamepad support, a new Sharpening Filter they say can "make 70% Render Scale look almost like native resolution (more performance)", particle physics have been substantially improved for both accuracy and performance, a bunch of new assets for map makers, improved background texture loading with faster loading times and much more.

You can see their older trailer below: 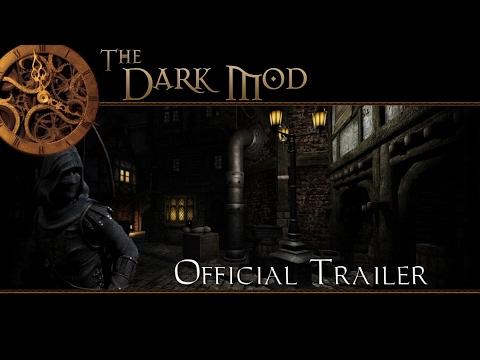 The Dark Mod does include a tutorial mission, along with two introduction missions that's suggested to play through before you begin to look into the many missions available from others. The tutorial setup is absolutely superb too, there's a lot of really cleverly created game mechanics it teaches you in some fun settings.

I had a blast through it earlier and it really is incredibly well made and graphically it looks great too. The work they've done over the years really shows.

View PC info
Is there any news as to if it's still coming to Steam in the future? I remember it got on Greenlight many years ago when that was a thing.
1 Likes, Who?

View PC info
Seems I just can't get away from Thief, any time it even slightly fades from memory some Youtuber I watch mentions it, or does a review of it, or maybe some indie game inspired by it pops up, or maybe I see an article discussing something tangentially related to Thief.
At this rate I'm surprised the franchise hasn't been picked up by some big studio and relentlessly milked for profit, certainly seems beloved enough for that, all the studio would need is one good reboot or sequel that really understood the core elements that made those early games so good, then that studio could coast on mediocre sequels and spinoffs for decades. You know, kinda like Fallout.
Using Fallout as further comparison, I'd say that 2014 reboot was more like 4 than 3 if you catch my drift.
2 Likes, Who?

View PC info
Nice. The biggest problem with The Dark Mod always was performance. We'll see, I remember it like the kind of engine that no matter what you do, never feels smooth.
0 Likes
While you're here, please consider supporting GamingOnLinux on: