Linux support for Skullgirls to continue, everyone upgraded to Skullgirls 2nd Encore free

Quite a bit of ground to cover on the popular fighting game Skullgirls, now that the dust has settled with Lab Zero Games imploding and Hidden Variable Studios / Autumn Games taking back control.

Firstly, there's no longer a 2nd Encore Upgrade. Instead, everyone has been upgraded to that edition with all previous DLC being bundled into the main game as a free upgrade. Why? They're going to be releasing a Season Pass, which will include the upcoming Annie character DLC along with: 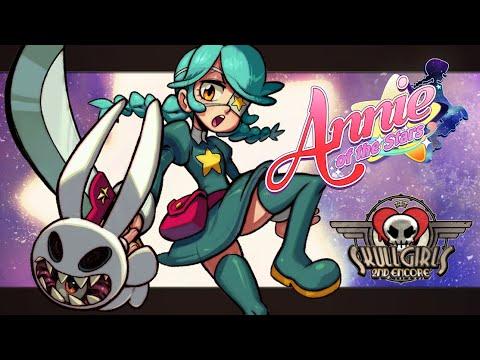 Also, announced today February 25 is that Linux support will be continuing, with a slight delay:

While we're pleased to announce that Windows, Mac, and Linux support will be ongoing for Skullgirls on Steam, we unfortunately weren't able to get the Linux build fully operational for this consolidated release.

Linux players, you'll need to hold on a little longer. We hope to have the Linux build up and running for when Annie releases in early March, or even earlier!

A bit surprised they went this route. Doesn't this risk alienating users that paid for the DLC and would have had them for free had they waited a bit?
1 Likes, Who?
vv221 26 Feb

I guess that the DRM-free Humble Bundle version is, as usual, not going to be updated?
1 Likes, Who?

lqe5433 26 Feb
View PC info
There is no blocking in this game ?
Neither Dualshock4 key mapping ?
0 Likes
ronnoc 26 Feb

Quoting: lqe5433There is no blocking in this game ?
Neither Dualshock4 key mapping ?

Yes there's blocking. SGs is definitely not a button-masher fighter, and is widely considered to be on of the deepest fighting games ever made. I'm sure the lack of blocking in the above video was to showcase combo's in a short time-space.
0 Likes
ronnoc 26 Feb

Quoting: MayeulCWow, they announce a story mode for Annie.

A bit surprised they went this route. Doesn't this risk alienating users that paid for the DLC and would have had them for free had they waited a bit?

Quoting: lqe5433There is no blocking in this game ?


You block by moving with the direction of the stroke. For a timed block, simply move the stick briefly in the appropriate direction.

DS4 works great. But such games are played with arcade sticks and the layout is designed for that.

And beware: Despite the comic graphics, this is a hardcore fighting game that requires a lot of skill but offers little variety. It's really something for fighting game purists. Because of the crazy animations (what did the developers smoke?), it's easy for newcomers to lose track of what's going on. It's nasty fast.

EDIT: And don't forget to switch to Japanese voices. Everything else is cheating. ;)


Last edited by 1xok on 27 February 2021 at 9:28 pm UTC
0 Likes
While you're here, please consider supporting GamingOnLinux on: