Grand Theft Auto style mechanics blended in with some Minecraft blocky style and city-building, that's sort-of a basic overview of what you can expect in Voxel Turf.

Hard to really properly describe it, as there's just so much to it. Want to build a city? Go ahead. Want to get involved as a person and fight for territory against gangs? There's plenty of that too and so much more. Released back in 2017 it's been steadily improved and after a break of updates lasting many months it appears the developer is back with some big stuff here.

Returning players can expect to see a whole new biome, a revamp of the outback biomes with red stone and the plains now have patches of dry grass and salt lakes. Not just new content though, there's a big overhaul of performance with more multithreading and it should all be faster overall. Nice. 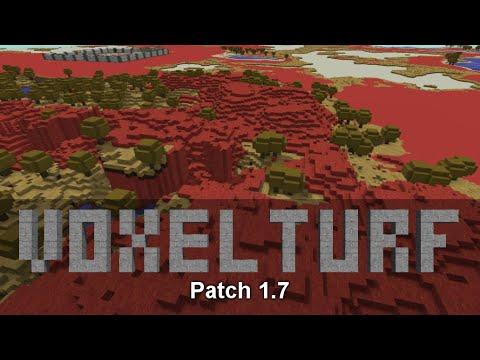 Need to be sold on it a bit more? From the developer:

Voxel Turf is a block based city builder/action adventure game. Build cities or destroy them. Start businesses or rob them. Nurture your citizens or subjugate them. Build a real estate empire, or perhaps just drive around and blow stuff up. Its your choice! Voxel Turf allows you to be the force of benevolence or the agent of chaos in a city of your creation.

You know Voxel Turf is also great? It's another game developed on Linux with the developer having their main machines and development done all under Linux so it sees first-class support.

Izaic 8 Feb
View PC info
Neat game. Does need more work before I'd consider getting it though. It looks quite rough.
0 Likes

View PC info
Hmmm, this got me thinking about Voxel Turf again. I'd played around a little bit way back when, but I don't remember why I stopped. I was looking over the workshop page just now, and I might have to give it a go again with one of the larger maps.
0 Likes
While you're here, please consider supporting GamingOnLinux on: