What do you get when you cross resource gathering, local co-op and towers that need manual reloading? Good old fashioned chaos, that's what. D-Corp has recently been updated and now it's available for Linux too.

Currently in Early Access so it's not yet finished, it's already very promising. A game that needs some good team-work and communication as you juggle moving and reloading turrets, while others cut down alien cacti to then throw into a recycling system. It's a little weird but the good quirky kind. The developers says it's a bit like Overcooked meets Starship Troopers but in a more family-friendly setting. 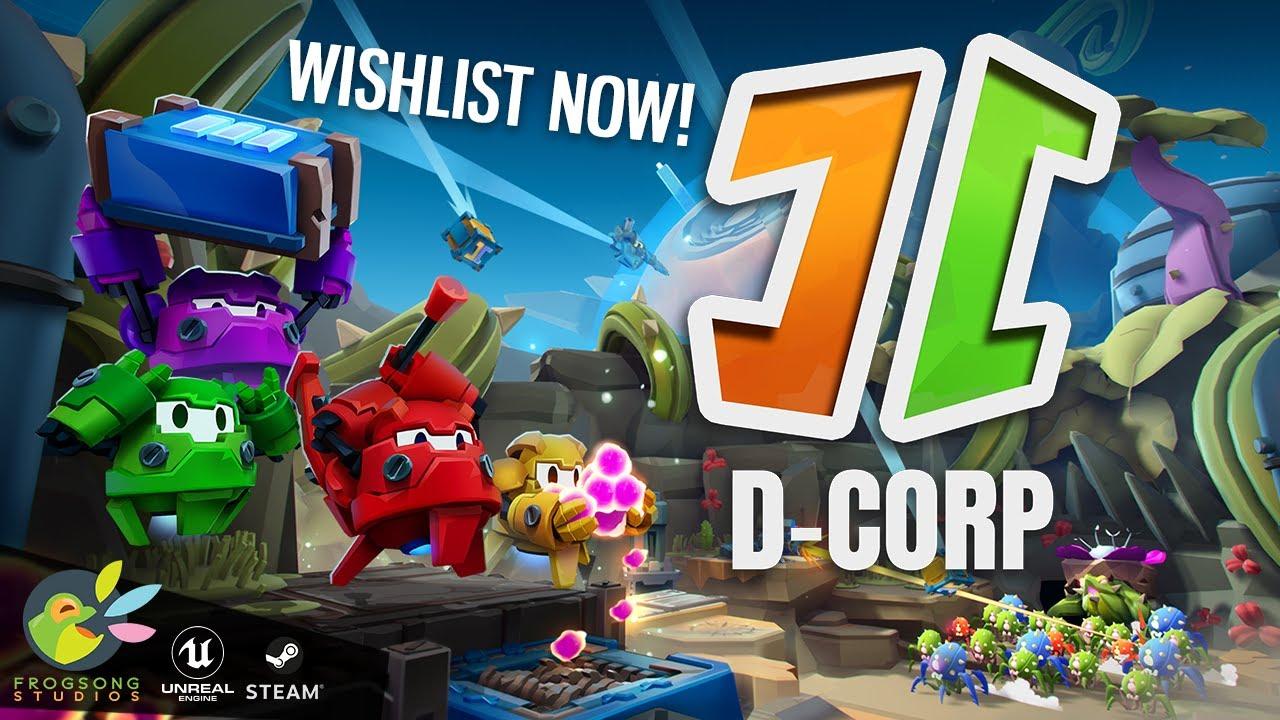 The developer, Frogsong Studios, are an independent games studio based in Malmö, Sweden with this being their second game together after 2018's Spellsworn. The full release is currently aiming for June 2021. It's already highly playable and from my initial time with it - a lot of fun. The 1.0 release should have more in the way of levels, enemies, gadgets and so on.

You can buy D-Corp on Steam.

Ps. Want to win a key? With thanks to the developer and their Community Manager we have a couple to give away! Simply reply here in the comments to note you would like to be entered and we will notify the winners on Sunday, March 21.

View PC info
This crashes immediately for me. I put in a note in their discord about it.

Migwell 19 Mar, 2021
This looks fantastic, I'm always after more co-op party games like this! Please put me down for the key lottery thanks!
0 Likes

ripper81358 19 Mar, 2021
View PC info
Looks promising. It is great to have this on linux natively. However since there is no online multiplayer planned for this title it is not that attractive given the actual pandemic situation.
0 Likes

obi1 19 Mar, 2021
View PC info
My wife and I are just looking for a new co-op game, please put me down for a key. Thanks!
0 Likes
blogueroconnor 19 Mar, 2021
Hello, I would appreciate a key for this game, I enjoy tower defense type of games and I have Ubuntu.
0 Likes

Quoting: d10sfanThis crashes immediately for me. I put in a note in their discord about it.

Thanks! We will investigate.

Quoting: ripper81358(...) since there is no online multiplayer planned for this title it is not that attractive given the actual pandemic situation.

Thanks for your feedback

Have you tried Steam Remote Play Together?

This is our official go-to online multiplayer solution 😊
2 Likes, Who?

View PC info
Please give me one of the keys!
0 Likes
Fighter 20 Mar, 2021
Looks good, sounds good... Hilarious overall :) I would make a great use of the key ;)
0 Likes
1/2»
While you're here, please consider supporting GamingOnLinux on: