Browser gaming is alive and well it appears with Lorwolf, an upcoming online wolf-themed pet site that's currently a big success on the crowdfunding site Kickstarter. I must admit, it's been some time since I played any traditional browser game but looking around there's quite a lot going strong with thousands of users and it looks like Lorwolf will be the next big hit.

"Lorwolf will feature a comprehensive breeding system, customizable looks, exciting battles, rewarding mini-games, and a world full of locations and rich histories to explore. Help support the creation of this game, and begin your adventure through the chaotic lands of Loria!"

Check out their Kickstarter pitch video below: 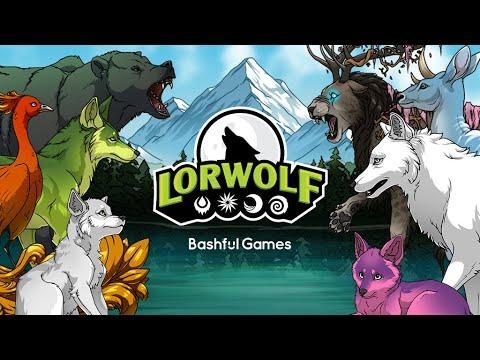 With the benefit of it being a browser game, it will play on pretty much anything that has a web browser. Against their $3,000 goal they've managed to hit over $32,000 at time of writing with 12 days still to go so you can see it's popular.

See it on Kickstarter if that sort of thing interests you. Also try their creature creator demo.

View PC info
There are two wolves inside your browser...
2 Likes, Who?

View PC info
It's going to be interesting to see how hard they go in on the monetization aspect of virtual pet games. I have friends who have been involved with one for a few years and they've sunk a LOT of cash and time into it.

You can't say it's just cosmetics when cosmetics are really the point of the game.
0 Likes

View PC info
Huh. I don't get the attraction to this at all. Maybe it's one of those types of games that looks boring on the outside but is actually fun once you get into it? I guess I'm just not the target audience.
0 Likes
While you're here, please consider supporting GamingOnLinux on: