Maritime Calling is an upcoming seafaring RPG with rogue-like elements

After your next time-sink? Maritime Calling sounds promising with it taking inspiration from the likes of Sid Meier's Pirates, FTL and Age of Piracy. Developer Tiamat Games emailed in about this one, as they plan full Linux support for it.

"We bring you a comprehensive seafaring game, that doesn't stop at simulating combat but goes far beyond. Below the decks, where sailors live, work and squabble. Into the heart of your captain, full of ideas and ambition. Across the oceans full of islands, reefs and harsh weather. Into the land - full of mysteries and nature's gifts."

So it's a big mix of a management game, where you're planning everything both inside and outside the ship. From raising sails and cooking food to fighting against other ships and going through adventures with land expeditions. There's so much to it that explaining it all isn't easy. Check out their Kickstarter pitch video below: 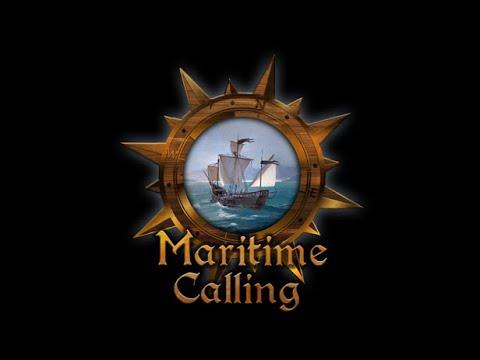 Some of what they say it will feature includes:

You can help fund it on Kickstarter and follow it on Steam. They have until April 8 to gather the €18,000 requested minimum on the crowdfunding campaign.

We do often include affiliate links to earn us some pennies. We are currently affiliated with GOG and Humble Store. See more here.
About the author - Liam Dawe
I am the owner of GamingOnLinux. After discovering Linux back in the days of Mandrake in 2003, I constantly came back to check on the progress of Linux until Ubuntu appeared on the scene and it helped me to really love it. You can reach me easily by emailing GamingOnLinux directly.
See more from me
Some you may have missed, popular articles from the last month:
The comments on this article are closed.
2 comments
Purple Library Guy 10 Mar, 2021
Looks like it could be pretty cool.
0 Likes

View PC info
That looks really nice, thanks for covering it! I'll definitely be following their progress.

Just worried a bit by the talk about season pass/expansions as I'm not so much into ever-expanding content which end up being both time and money sinks. I'd be more for a well-rounded experience for 30 EUR that I can enjoy for a while and then move on to other horizons :) So I'll wait for the release to see how the commercial concept unfolds for real.


Last edited by Akien on 11 March 2021 at 8:49 am UTC
0 Likes
While you're here, please consider supporting GamingOnLinux on: