This is not some cheap imitation or remake though, far from it. This is a full and complete experience with additional programs, way more levels, and the inclusion of a level editor. Created by developer Teradile, in Nightfall Hacker you're a freelancer who "lives and dies by code" and it turns it all into a turn-based strategy game with skirmish battles against malicious software and dangerous payloads. 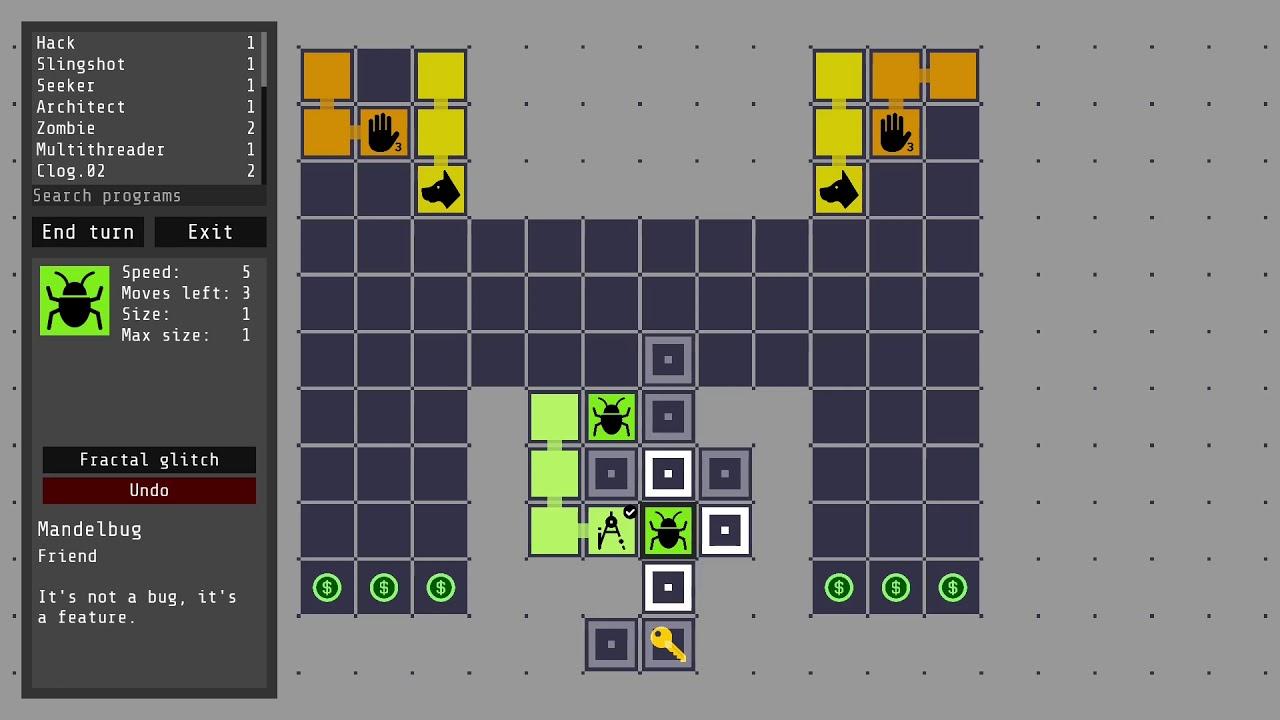 "Back in the day, I was heavily into LEGO's The Nightfall Incident – a turn-based browser game about hacking on a 2D grid. Although the game was simple, some of the levels required a lot of thought – and the openness allowed you to approach each level in different ways. Years later, after learning to use Godot and looking for a game to make, the answer was obvious: a 2D hacking game with similar mechanics to The Nightfall Incident but improved in every way. The rest, as they say, is history." – James Harvey (Founder and Programmer, Teradile).

You can buy Nightfall Hacker on Steam.

TwistyTrev 11 Mar
View PC info
The original is one of my all time favourite games. So this was an instant purchase.
1 Likes, Who?
Purple Library Guy 11 Mar
When I hear "Nightfall Incident" all I think of is that old classic Isaac Asimov story "Nightfall".
0 Likes
Teradile 12 Mar
The original is one of my favourites too. I tried to capture everything that made it good while improving on the flaws.
2 Likes, Who?

Quoting: TeradileThe original is one of my favourites too. I tried to capture everything that made it good while improving on the flaws.

Quoting: TwistyTrevGood that's great to hear.
Any plans to release on GOG?

Not in the immediate future, no.
0 Likes
While you're here, please consider supporting GamingOnLinux on: