While I haven't yet jumped into the deep end of virtual tabletop experiences myself, the likes of Fantasy Grounds Unity and Foundry VTT support Linux and look really good. Want to spice them up if you play already? Enter the Pixels dice.

"Pixels are the coolest dice you’ve ever seen! Full of LEDs, smarts and no larger than regular dice, they can be customized to light up when and how you desire. Incredibly strong, smooth and sharp, they work for several hours at a time, after which you can simply recharge them with the accompanying case."

These special dice communicate with your phone or tablet via Bluetooth for customization or other fancy features but since they're still just dice, it's not a requirement to actually use them. The signals used aren't proprietary either, so they're in talks with the likes of Foundry VTT, Roll20 and other popular virtual tabletops which sounds pretty awesome. Just because you're at a distance, doesn't mean you shouldn't be able to have fun rolling right? Take a look at their trailer: 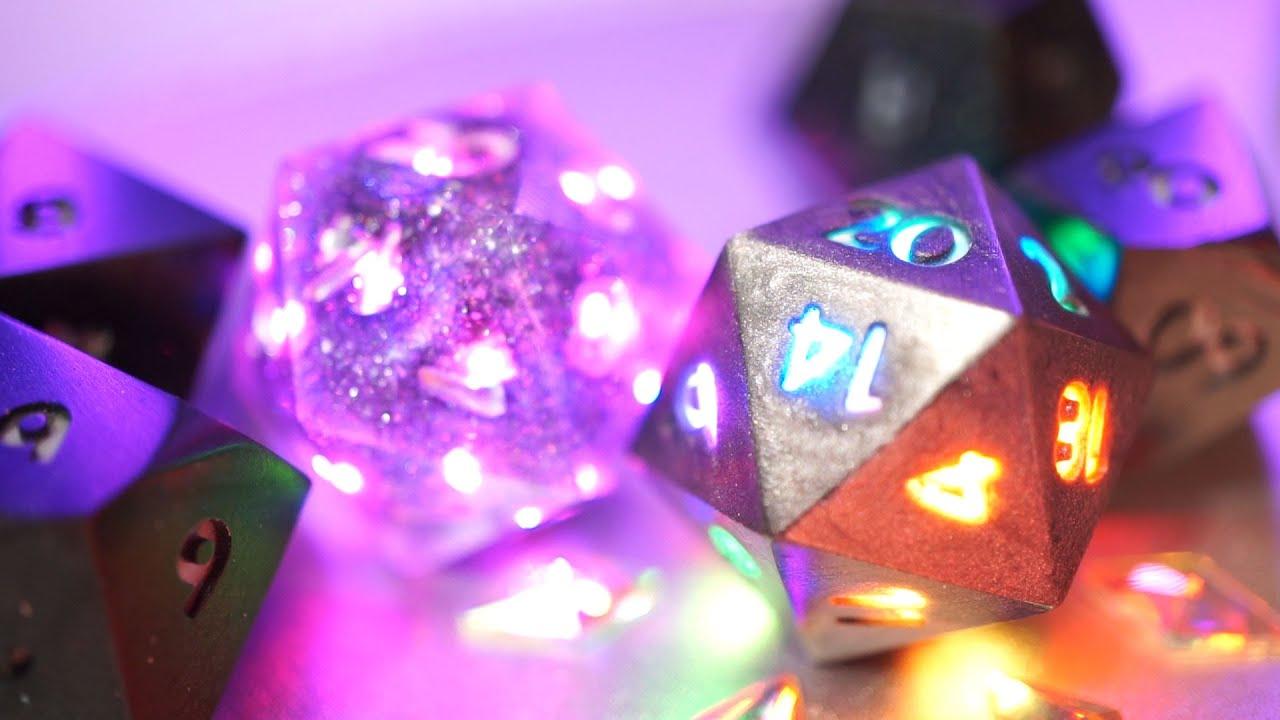 It's a new crowdfunded effort from former AAA game developer Jean Simonet, with a base goal of $200,000 which has proven to be ridiculously popular as after only 6 minutes it was funded. In the space of 3 hours it hit 1 million USD. Clearly then it's a hit with fans of tabletops and dice rolling.

They are committed to open source too with the hardware, software and firmware all being open. A bunch of it is already up on GitHub and some designs for the hardware can be found on Hackaday.

FoundryVTT is really a good piece of software.
I'm mastering a Heros&Dragons (think of this as a french D&D5e version) campaign. I have made the switch to FoundryVTT 2 months ago, it's awesome.

I have backed to Dungeon Alchemist too: https://www.kickstarter.com/projects/1024146278/dungeon-alchemisttm
Its the last day of crowdfunding.

Concerning VTT, Linux have all that we can dream about.

I will look seriously at this dices, seems pretty fun, and i like roll dices for real (but the price, ouch).

View PC info
Cool idea, but would be pretty expensive to play SR 3 with that xD
0 Likes

View PC info
While these look super cool, I'd be extremely concerned with the weight. I imagine it takes some pretty clever engineering to fit the LEDs, battery and comm circuits inside the die AND make sure they roll just as randomly as your typical die does.
2 Likes, Who?
Purple Library Guy 10 Mar, 2021
Ooo, Shinyyy!!!
1 Likes, Who?

Quoting: helloCLDWhile these look super cool, I'd be extremely concerned with the weight. I imagine it takes some pretty clever engineering to fit the LEDs, battery and comm circuits inside the die AND make sure they roll just as randomly as your typical die does.

According to their page the dice are heavier than light dice and lighter than heavy dice. They also got a dice-rolling robot to check that they were as fair as other dice. Plus they're waterproof in case you wanted to float them in salt water.

I don't back Kickstarters and I don't need snazzy dice, but they do seem pretty neat.

Quoting: helloCLDWhile these look super cool, I'd be extremely concerned with the weight. I imagine it takes some pretty clever engineering to fit the LEDs, battery and comm circuits inside the die AND make sure they roll just as randomly as your typical die does.

Hmmm, yeah, you might need to add little bits of metal counterweights in there. But they look cool enough that I'm not sure how much I care if they, you know, work. These are shiny dice as jewelry, basically.
0 Likes

View PC info
Oh, that's neat, I like the integration with external tools, it could also be neat to flash the color according to the value, or if it's a critical throw, etc.

That said, $200... I know dice aren't typically cheap, with sets usually around $50. If I had a regular tabletop group, why not (esp. if everyone chimes in), but I wouldn't buy them on a whim.
0 Likes

View PC info
I just might show up to board game night with these dice someday. I will probably wait until after Kickstarter though, assuming they'll have a normal way to order them without donating $$ at the same time.

These are ultra geeky. But in the right circle, really fun!
0 Likes

View PC info
A review popped up on Arstechnica: https://arstechnica.com/gaming/2021/03/20-sided-smart-dice-over-the-rainbow-ars-tests-39-led-filled-pixels-dice/

Edit: whoa, I had missed the part about open FW and SW. This makes the pixels roll from "Meh" to "Oooh" in my mind :)


Last edited by MayeulC on 29 March 2021 at 7:51 am UTC
0 Likes
While you're here, please consider supporting GamingOnLinux on: