Feral Interactive have turned from porter to a full game developer here with the announcement of Total War: ROME REMASTERED, bringing over one of the few Total War titles we didn't already have. This is not some minor revamp either, Feral Interactive went back and upgraded all parts of the game for a full release across Linux, macOS and Windows.

Originally created by Creative Assembly in partnership with SEGA Europe, this brings a lot of fun sounding enhancements to a very popular game along with Linux and macOS support.

"Working to remaster a classic such as Rome has been an exhilarating challenge: a bit like re-cutting the crown jewels" says David Stephen, Managing Director of Feral Interactive. "We are delighted with the result and hope that fans of this fantastic franchise will be too." 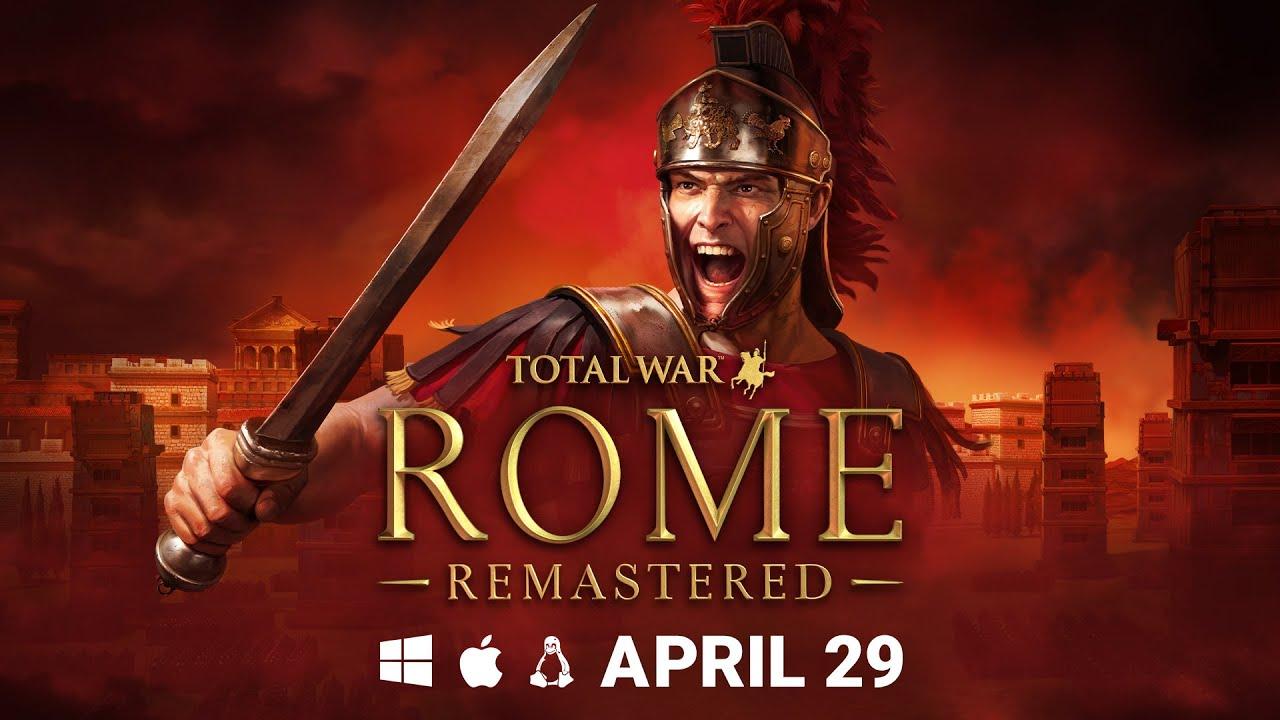 "What better excuse than the 20th year of Total War to revisit a grand master?" says Rob Bartholomew, Chief Product Officer at Creative Assembly, "The original release of Rome marks a special time for us as our first major break-out title; it's amazing to get the opportunity to Remaster it with our friends at Feral."

The original Rome: Total War - Collection has been delisted from Steam now too, so that all focus goes into the new cross-platform enhanced version. Additionally, this remaster will also have modding support that will be available from launch.

I am the owner of GamingOnLinux. After discovering Linux back in the days of Mandrake in 2003, I constantly came back to check on the progress of Linux until Ubuntu appeared on the scene and it helped me to really love it. You can reach me easily by emailing GamingOnLinux directly.
See more from me
Some you may have missed, popular articles from the last month:
36 comments
Page: «3/4»

Quoting: CyrilFeral being the developer of the three versions, that could help to release the game on GOG with Linux/macOS?
Let me dream

Technically it could. But interestingly, the publisher is now listed as SEGA where other ports also listed Feral as publisher for mac/linux. So it would seem to be up to SEGA.

Wouldn't it be slick if SEGA would keep publishing all their games for Linux. They've been pretty good so far at getting some of them over. Would love some sort of Sonic based RPG to come from them to Linux. Or the rest of the Aliens games (though Colonial Marines needs that text edited in the config so that the AI isn't completely stupid.)
0 Likes

View PC info
My favorite Total war ever remastered? This is a great surprise! Insta-bought it when I read this yesterday.
0 Likes

Quoting: aokamiI worked on the main menu for this.

Awesome, so if it's terrible we know who to blame! I mean far be it for people to praise it when it's awesome though! Kidding man, that's great. Maybe you can let us know how it was working on getting some cross-platform menus created :)

I've chosen to sail a different ship for personal reasons a few months back, besides any dev currently at Feral has a strict "don't talk to press" agreement (like most studios I guess).
Also the game is not yet released so not sure what is still under NDA (they tried yo avoid a second "Grid" crisis, keeping this one under the hood for years).
Not to mention I was actually surprised to see a live-action trailer rather than gameplay so I definitely won't spoil anything.

What I think I can say at this point would be, it's using the same 20 years old engine as a base but there's a whole new front end renderer (dx8 was getting old-ish kinda) which allows for Feral cross platform magic to take place. Though it does not look the same at all (and doesn't play the same either).
UI is still done via the original engine menu abstraction but most component classes were rewritten to add features and lift limitations (and bug crushing, like, a lot.)

Anyway, I definitely didn't work on the most exciting parts and I won't say more until it is released but give some love to the colleagues and friends who put tears and blood (and extra hours) into this.
Covid was a challenge in itself, like everyone else, made things more complicated and obviously delayed projects.
But if you're based in southwest London or plan to, don't hate macos too much and you're fresh out of Uni with CS background give it a try, they're always looking for new people.


EDIT: oh I know they'll be stressfully reading these lines on monday morning, hi G., I. and D.
I hope I'm not getting into trouble.

Nothing to do with wine or proton, Feral tech is nowhere near those.
Wine hooks syacalls at runtime, whereas Feral has compile-time approach solution (for max perfs :D).
These even are cursed words tearing the market apart at Feral (more compatibility, less demand for native ports).

Though usually it has to do with network architecture, NAT etc.. Rome is P2P via a very well known publisher's "network" api.
3 Likes, Who?

Quoting: denyasisRemaster? Like the game from 2005? I think that's the last one I "played", and by that I mostly played the Rome: Total Realism conversation. I wonder if those old mods would still work. Prolly not with the visuals, but the data... There's hope.

One thing I really liked was how your "generals" could gain traits, bonuses, and penalties based on thier performance or training you send them too. I really liked that feature, it made your leaders seen more real. I wish other 4x games did that.

Original Rome mods likely won't be compatible, both visuals AND data. Though you might still get a surprise, people at Feral are smart and talented.

Quoting: PhlebiacAspyr started doing this (remasters, publishing) shortly before they all but disappeared. :(
Let's hope Feral survives better than they did.

When you port a game, you usually own/share the rights of the IP for that platform.
A remaster is usually free cash, you get the rights and you have already have an engine/gameplay base and art is done. Just polish it a bit and you're set.

Yet sometimes people are perfectionists, it takes years and it cost you way more than excepted, but you'll guys will judge the outcome in a month or so.

But yeah you're right on that part, Feral took a turn in what they plan next, let's hope it ends up better for them.
2 Likes, Who?

QuoteCross-platform Multiplayer: Players can enjoy cross-platform multiplayer between Windows, macOS and Linux, a first for the Total War franchise.

I know I have repeatedly asked for this feature for the franchise and the effort is appreciated, but if I remember correctly Rome does not have a multiplayer campaign...

Still - one of the few remasters that actually peeked my interest!

I can neither confirm or deny this information.
Yet campaign is a huge mess, we'd have had way more chance at it if the remaster was made from scratch.

Quoting: mirvI wonder if the Windows release will use Vulkan under the hood. Guess it depends on how extensively the original code base was modified. Suppose we'll find out in just over a month.

I can't get into specifics.
But you guys will notice that's actually the first ever windows release from Feral and it was quite the hurdle.
While it could have technically been possible, the new front end renderer is based on dx11 so it's likely what will be used on windows.
2 Likes, Who?

denyasis 26 Mar
View PC info
Thanks for all the info and tid bits. I think people don't often realize how much work goes into this. I certainly don't.
2 Likes, Who?

Quoting: mirvI wonder if the Windows release will use Vulkan under the hood. Guess it depends on how extensively the original code base was modified. Suppose we'll find out in just over a month.

I can't get into specifics.
But you guys will notice that's actually the first ever windows release from Feral and it was quite the hurdle.
While it could have technically been possible, the new front end renderer is based on dx11 so it's likely what will be used on windows.

Cheers for what you've been able to say, and don't worry, completely understand that you can't go into any specifics. Speculation is most of the fun anyway!

I really like the price point for this game too, and will definitely be picking it up on the next round of credit card spending (which, just as it happens, is in a month). I anticipate it won't run, so it'll sit in the backlog until I have a CPU that supports more modern instructions.
2 Likes, Who?
« 1«3/4»
While you're here, please consider supporting GamingOnLinux on: