For those of you with a graphics card capable of Ray Tracing who use the Steam Play Proton compatibility layer we have some good news coming for you. While it's still clearly an early work in progress, work towards getting Ray Tracing working in VKD3D-Proton is well underway (VKD3D-Proton is the Direct3D 12 API on top of Vulkan that's used with Proton).

Developer Hans-Kristian posted on Twitter about "Ray-tracing support in vkd3d-proton is finally starting to come together. Starting with some meme reflections." and shared two pictures showing the reflections working in Control but the performance drop is huge but it will hopefully be improved over time. 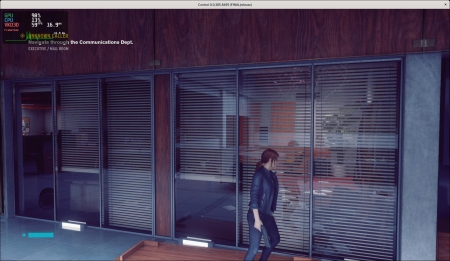 For those interested, Control is available in the current Humble Choice.

To go along with that, there's also the Draft proposal up on the official VKD3D-Proton GitHub titled "Enable RT tier 1.0" for those who do wish to jump in at the deep end and follow it along.

On top of that another update to Proton Experimental went out with an additional controller fix for Slay the Spire. That's on top of all the additional extras in this special Proton build where all the latest stuff goes in like support for the futex2 patches, Wine architectural work to reduce CPU overhead, improved video support and so on.

mahagr 12 Mar, 2021
View PC info
Does this mean that I need to get this months Humble Choice?

View PC info
Control was a pretty cool game I have to admit. Finished it along with the DLC's a couple of days ago.
0 Likes

View PC info
Remember, for now you have to actually set VKD3D_CONFIG=dxr for it to work.
1 Likes, Who?

I would love to know how exactly one grabs this version of Proton. Otherwise, how long does one think the wait might be?
0 Likes

I would love to know how exactly one grabs this version of Proton. Otherwise, how long does one think the wait might be?

You don't need a whole new Proton, just an updated vkd3d-proton, which you can get from https://github.com/HansKristian-Work/vkd3d-proton and following the instructions on how to compile it.

I have also found that the install script does not seem to work right, so I have just been copying the dx12.dll to the place where the game exe lives.

If you want to wait. I don't think it'll be too long before this makes its way into Proton Experimental even though the implementation is very bare bones. So far I have only gotten it to work with Control.
0 Likes

Depending on how you count it, we either already have it, or we're never going to get it.

It's been included with Nvidia's driver for ages, so Linux-native games on Nvidia hardware can use it, no problem. Except we don't get many Linux-native games that are so desperate for the performance and the pretties that they'll use it, and it's hard to justify spending much dev time on something that can only be used by a subset of ~half of a tiny market. Maybe Metro Exodus will use it?

The far bigger market is Windows games running through Wine, and that's not going to happen. Nvidia could put it into Wine, since they can control which parts they disclose, but the Wine devs can't sign an NDA and then put out open source software based on what they learn even if they wanted to.
2 Likes, Who?

View PC info
DLSS is DOA being Nvidia only. AMD are working on cross GPU solution that will work everywhere. Once that is ready may be Wine can pick it up.

I think it's this: https://www.amd.com/en/technologies/vsr

I think this has to close first: https://gitlab.freedesktop.org/mesa/mesa/-/issues/3709