You've built cities, factories with never-ending conveyor belts, rail lines connecting up everything and more - but have you been in charge of train dispatch before? Rail Route brings another fresh take.

"Rail Route is a management/tycoon/puzzle game based on railroad dispatching. Control the traffic, build out your own network, then optimize and expand. Unlock new technologies, upgrade the infrastructure, and automate operations! Design and share your own maps with the in-game editor."

We previously covered this briefly recently and now it's hopped on over to Steam, for an Early Access release on June 23. Check out their new trailer: 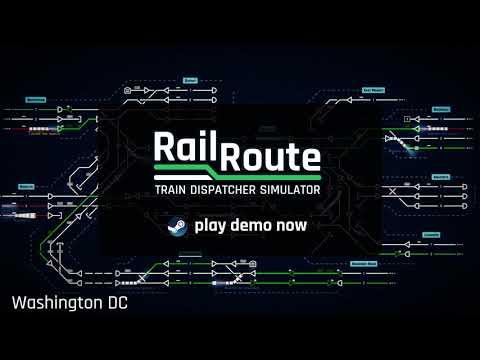 It may slightly resemble Mini Metro but there's far more depth to the experience here. The idea is that not only are you gradually expanding and adding more, you're also constantly trying to optimize the whole network - although the developer is hoping to keep it mostly relaxed. There's different styles of play too with an endless mode which see you do the below:

Then there's the puzzle mode that needs you to solve specific created levels featuring:

Try it out on itch.io and Steam.