Solve some really weird cases in The Darkside Detective: A Fumble in the Dark out now

The Darkside Detective: A Fumble in the Dark, what was originally called Season 2, is officially out now with full Linux support so you can crack some unique cases. Note: key provided by the publisher.

"The Darkside Detective: A Fumble in the Dark is a serial adventure game where you help a duo of investigators crack supernatural cases in the city of Twin Lakes. Whether it’s a noise complaint due to ritual-performing neighbours or Mothman loitering around porch lights, Detective McQueen and his sidekick Officer Patrick Dooley are just a text box away! Point, click, or tap your way through six new cases as you get to the bottom of each mystery." 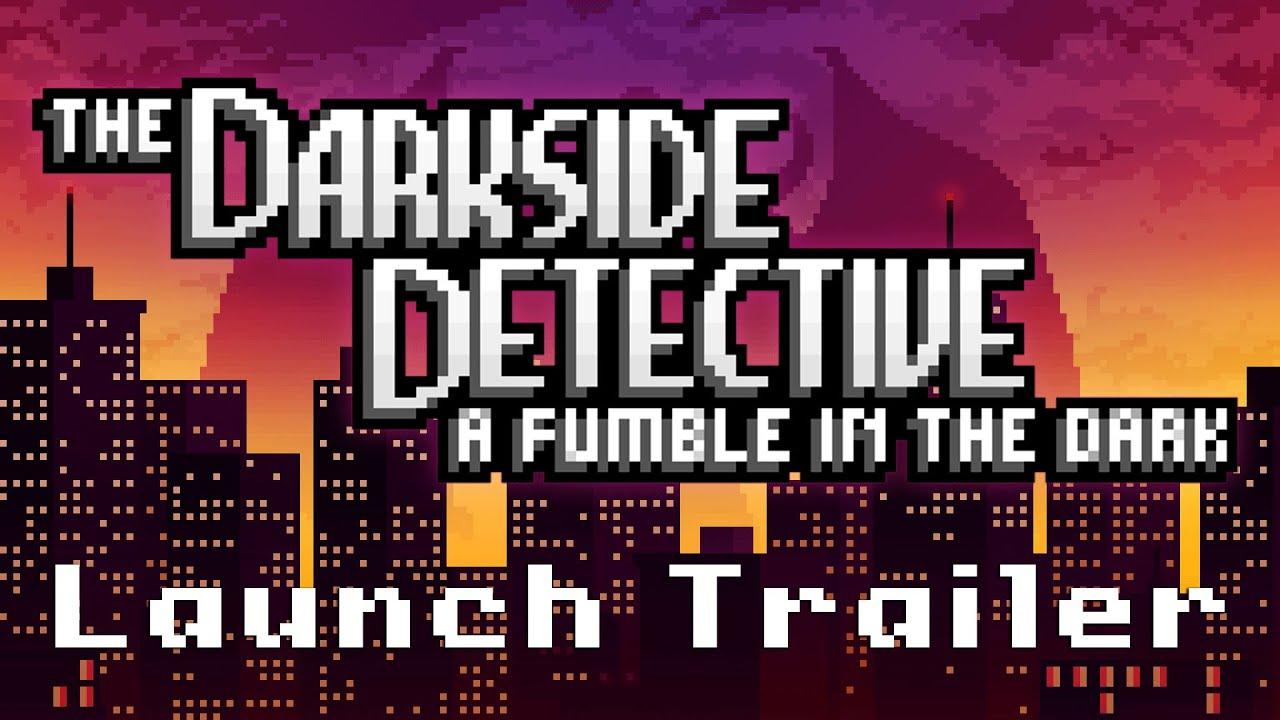 Spread across six unique cases with a seventh that indicates either there's more to be added (or another sequel?), this point and click adventure definitely delivers on the unusual. For those who haven't played the first game - fear not, it's a standalone experience even though it takes place after the first game. Renamed so they can hopefully get around the issue of smaller titles sequels not doing as well. The setup here is great though on how it follows along, and the intro was surprisingly funny but you will easily get a lot more enjoyment if you play the first game, which is also an easy recommendation to do.

If you usually like point and click adventures, with plenty of comedy, puns, puzzles that aren't completely obvious and a completely weird storyline - this is definitely one you're going to absolute love. The writing is absolutely brilliant, as is the atmosphere - everything about it just comes together so nicely. Don't expect anything to make much sense though. The Darkside Detective deals with magic, the occult, aliens, ghosts and — well, anything! Thanks to this, it feels good to interact with everything and speak to everyone as you just don't know what's coming.

The Linux version as expected works great, and it's definitely going high up in my list of personal favourites when it comes to point and click adventures. Having perfect gamepad input support was also a big highlight, being able to kick-back and relax with The Darkside Detective: A Fumble in the Dark was awesome. Happy to recommend this one.

You can buy it on Steam. A Linux build will also be up on GOG "soon".

QuoteA Linux build will also be up on GOG "soon".

This is one of the reasons I don't buy on GOG.
0 Likes

View PC info
Hecks to the yes! Been waiting for this one!
1 Likes, Who?

Quoting: whizseHecks to the yes! Been waiting for this one!

Same, I recently discovered the "season 1", and while I haven't finished it yet, season 2 was an instabuy for me

Seems to already be on GOG though!
0 Likes

View PC info
Bought it and played a bit.

First impressions: Just as fun and wacky as the first one, with some additional polish.
2 Likes, Who?

View PC info
The jokes and puns are even worse than in the first installment. I love it!
1 Likes, Who?
While you're here, please consider supporting GamingOnLinux on: