Time to get testing Ubuntu 21.04 ahead of release, plus Canonical loses another face

We seem to have missed the actual Ubuntu Testing Week but a late reminder is better than none at all right? With Ubuntu 21.04 coming soon it's time to report the bugs.

Now is a good time to get testing, as the Beta version is out now and a Release Candidate is due around April 15 so this is your chance to make one of the top Linux desktop distributions as good as possible for the 21.04 release due on April 22. According to Steam stats and our own stats, Ubuntu is in the top three most used for gaming. 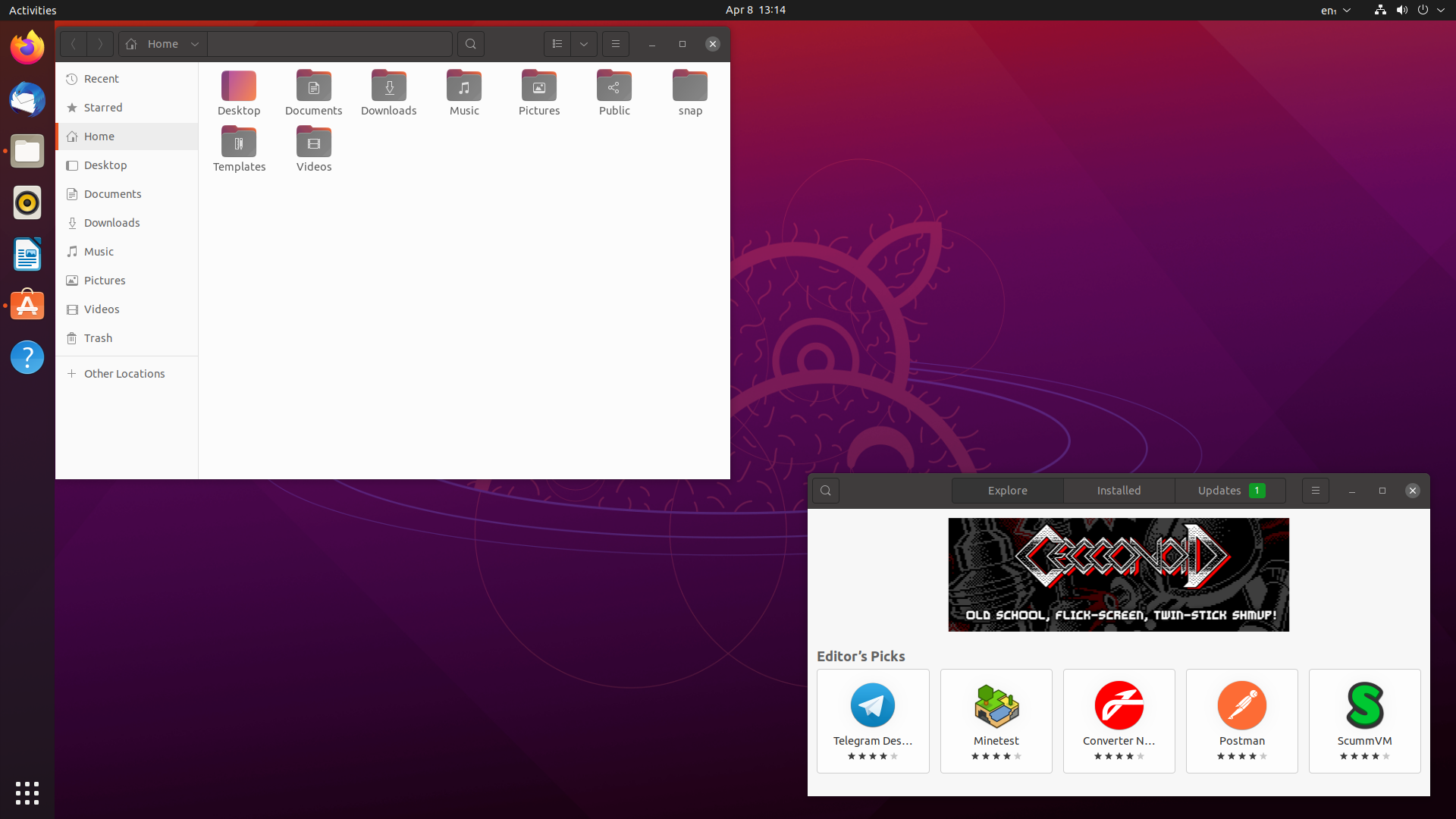 What to expect from Ubuntu 21.04? It's coming with the 5.11 Linux kernel, Wayland as the default (except NVIDIA), Pipewire support is in for the next-generation of Linux audio / video, PulseAudio 14, BlueZ 5.56, NetworkManager 1.30, most GNOME apps updated to GNOME 40 but they're sticking with the previous Shell version due to it being a big change and updates to all your regular apps like the latest Firefox, LibreOffice and Thunderbird.

How to get involved? Head over to this link which has a bunch of other important links.

Additionally, announced today, is that Alan Pope is set to leave Canonical. Pope has been a huge force in the Ubuntu community over the years and recently as a Developer Advocate, along with their work on Snap packages and much more. Good luck for the future popey! This follows on from Canonical losing Martin Wimpress, their previous desktop lead back in February.

We do often include affiliate links to earn us some pennies. We are currently affiliated with GOG and Humble Store. See more here.
About the author - Liam Dawe
I am the owner of GamingOnLinux. After discovering Linux back in the days of Mandrake in 2003, I constantly came back to check on the progress of Linux until Ubuntu appeared on the scene and it helped me to really love it. You can reach me easily by emailing GamingOnLinux directly.
See more from me
Some you may have missed, popular articles from the last month:
The comments on this article are closed.
29 comments
Page: «2/3»
Lofty 8 Apr, 2021

Quoting: AkonadyI think you like fragmentation (that holds Linux back) and no optimization whatsoever.

I think you like sweeping generalisations.
3 Likes, Who?
Kithop 8 Apr, 2021

Quoting: iiariAgreed. I've been using Manjaro Gnome Wayland for the better part of a year now on my work laptop and it's terrific. I have no idea how gaming is on Wayland, though, as I game on my Manjaro KDE xorg desktop.

How is Wayland for gaming right now?

I actually switched my KDE Plasma desktop over to Wayland about a month ago (well, I have it set so I can pick and choose between both Wayland and Xorg from login) - caveat, with an AMD GPU of course - and I'm assuming prety much every game uses XWayland anyway. Once I cleaned up some bugs related to really ancient configs I had being loaded, honestly for me at least it seems no different for gaming. No performance difference, MangoHud still works. Proton works if needed, too.

The main catch is if you're trying to capture a window or gameplay with something like OBS - there's a plugin for Vulkan renderer captures, and now in OBS 27 there's Pipewire support (that I haven't quite got working yet, but I run Gentoo so I fully expect I need to configure it yet).

I also have non-gaming related issues around copy & paste, particularly between Firefox (running Wayland native) and Discord (via XWayland), but pasting and re-copying from a Konsole window in between usually works. Apparently clipboard issues are common still, sadly.

I can't speak for GNOME, as I don't use it, but I have heard their Wayland support is a lot further ahead than KDE Plasma's.
1 Likes, Who?
no_information_here 8 Apr, 2021

Quoting: KimyrielleI have been a long-time Ubuntu user, but their push towards Snap is a dealbreaker for me.

Yeah. I am getting a bit nervous as well. Snap is OK as a technology for commercial or very fast moving projects, but seeing Ubuntu wanting to push core components to snap makes me unhappy. So far KDE Neon has remained snap-free for the important stuff.

Redface 8 Apr, 2021
View PC info
I have been running 21.04 for some months now on my desktop PC, its coming along great.

Gaming related its worth to note that Lutris is in the Ubuntu Hirsute (21.04) repositories since it finally got in Debian unstable. I mostly game native games, or Stadia, so I do not use it much, but seems to work for what I tired.
0 Likes

Quoting: KimyrielleI have been a long-time Ubuntu user, but their push towards Snap is a dealbreaker for me.

Yeah. I am getting a bit nervous as well. Snap is OK as a technology for commercial or very fast moving projects, but seeing Ubuntu wanting to push core components to snap makes me unhappy. So far KDE Neon has remained snap-free for the important stuff.

There is one application (snap-store the Ubuntu branded gnome-software and its dependency snaps) installed as snap in 21.04 same as it was since 20.04

You can remove it and snapd then put in a preference file like Mint does to not get snapd in as a recommend or dependency.
And then if you still want gnome-software install it as a deb, but that is then not Ubuntu branded but the stock gnome-software.

This is what Mint has to prevent snaps, but since Ubuntu repositories are available you can just remove that on Mint and then install all snaps you want.


more /etc/apt/preferences.d/nosnap.pref
# To prevent repository packages from triggering the installation of Snap,
# this file forbids snapd from being installed by APT.
# For more information: https://linuxmint-user-guide.readthedocs.io/en/latest/sn
ap.html

Quoting: scaineonly Jorge is left, as far as I know.

Heh I left like 4 years ago, thanks for the kind words, you've made my day.

STiAT 8 Apr, 2021
View PC info
Oh, Alan leaving. Will be interesting where he shows up again. I can see that there are few challenges at Canonical more and more becoming only a distributor for guys like him. Innovating is less of a topic now, more maintaining.

I'm sure he found something interesting. We'll see end of the month on which shore the tides washed him up.
0 Likes

Quoting: BielFPsI hope Wayland become default to the next Ubuntu LTS version too. In my opinion this would help developers to realize that wayland is now the standard and start to port their apps to it, since Ubuntu is still the "main" distro for those entering the Linux world.

Anyway, I am probably going to jump ship soon anyway. I have been a long-time Ubuntu user, but their push towards Snap is a dealbreaker for me.

That is why I left the Ubuntu ecosystem myself a while back. Snaps sound like they'll eventually be a great solution (once themes and performance are worked out) for network admins and Linux-hesitant developers looking for one distribution method to rule them all, but I see very little advantage for me as a desktop user and the downsides are obvious.

Quoting: iiariI can't speak for GNOME, as I don't use it, but I have heard their Wayland support is a lot further ahead than KDE Plasma's.

Quite right. I haven't used the most recent Wayland KDE build (which is supposedly a solid step forward), but as recently as just a few months back the Gnome build was far ahead, virtually "normal" feeling, while over on KDE you'd trip over lots of broken or unoptimized functionality all over the place and it was quite annoying. Again, though, supposedly the latest edition (I haven't tried) is better.
1 Likes, Who?
Purple Library Guy 9 Apr, 2021

Quoting: KimyrielleAnd yet we're here, obviously considering that fragmented world that is Linux to be better than it's corporate-controlled alternatives.

I like tech in general, but I don't use Linux anymore, don't worry, such a waste of time. It's cool to mess around with commands though.


So you're just here to troll?

View PC info
There are only 2 issues, that I know of, that prevent me from using Wayland full time. The first one is Teams, under Wayland the screen can't be shared. The issue is more due to Teams being an Electron app, and until recently (version 12 if I recall correctly) it was not possible. Now it is, waiting on MS to build Teams with the new version.

The other one is FreeSync, with Wayland on Gnome the max Hz on my screen is 60 instead of 144 that the monitor is capable of. There is to fix this Sway, but Gnome is my favourite/most at home DE and I really dislike Sway's dev so not really an option for me.

Regarding Ubuntu... They didn't take my application as Cloud Engineer the other day, and I'm now bitter until next week or so that I forget about it, so rather don't do many comments :D
1 Likes, Who?
«2/3»
While you're here, please consider supporting GamingOnLinux on: