Viscerafest from Acid Man Games, Fire Plant Games and 1C Entertainment is a nostalgic trip through fast-paced FPS goodness that you don't want to miss out on.

You are Caroline, a "bloodthirsty, psychopathic mercenary" who wants to get married. Money is tight so you set off to claim a rather hefty bounty so you can finally put a ring on it. With the Early Access release out, it's showing another impressive experience from a small team. It currently has an introductory prelude level, the game's main and chapter 1 hubs, and the entirety of the first chapter with 7 levels to play through. It also features 8 of the enemies, and 6 (out of total 9) of the game's weapons. 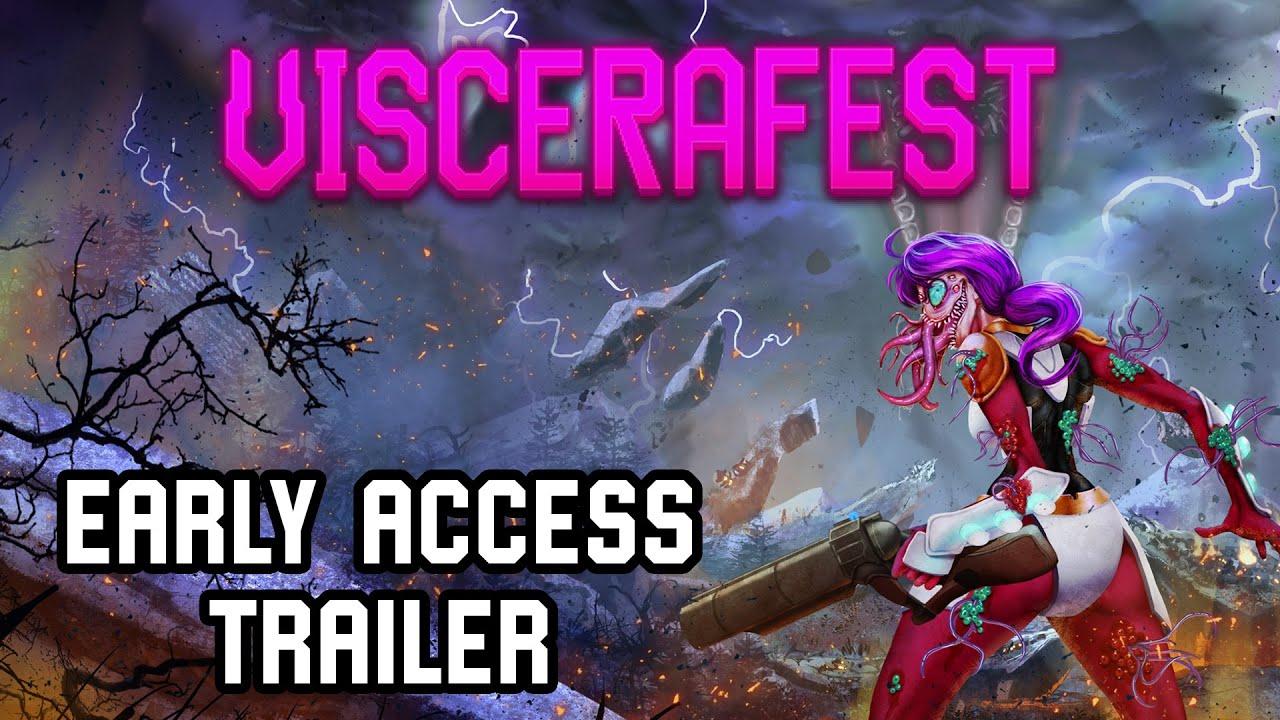 The developer has explained that the second chapter will be added during Early Access but there's no exact timeline on when that will happen. It's going to be in Early Access for a while, as the full release isn't planned until the end of 2022 - so they've got plenty of time to get it right. A properly hand-crafted experience like mom used to make. I tested the Beta versions personally, and it really was a lot of fun. Some difficult fights, sparse ammo at times but furious action.

You can buy Viscerafest on Steam and GOG.com.

We do often include affiliate links to earn us some pennies. We are currently affiliated with GOG and Humble Store. See more here.
About the author - Liam Dawe
I am the owner of GamingOnLinux. After discovering Linux back in the days of Mandrake in 2003, I constantly came back to check on the progress of Linux until Ubuntu appeared on the scene and it helped me to really love it. You can reach me easily by emailing GamingOnLinux directly.
See more from me
Some you may have missed, popular articles from the last month:
1 comment
Samsai 22 May, 2021

View PC info
This game is difficult. I've played a fair bit of these retro-FPS things at pretty advanced difficulty levels, but this really takes the cake. I set it to a "medium" difficulty meant for "arena FPS veterans" and I got my ass kicked plenty. When it warns you about the difficulty, it actually means it and it's not just meant to stroke your ego.
3 Likes, Who?
While you're here, please consider supporting GamingOnLinux on: