We've seen numerous game streaming services now like Stadia, GeForce Now, Xbox Cloud Gaming, Amazon Luna and probably more to come. They all focus on the new and shiny but what about old games? Piepacker is going to be a hit for that.

In a previous article we already went over the details of their initial announcement and Kickstarter, which has been a blinding success ended up on $220,656 in funding from over 1,000 backers. The idea is great too, giving you a legally licensed way to play retro games online in a web browser, and bring a bunch of friends along with you. It has integrated controller, webcam and microphone support to make playing older games with friends across the world an interesting and unique experience.

The Piepacker team gave us early access to take a look, so we took it for an initial spin and it worked perfectly on Linux. As long as you have a Chromium/Chrome based browser (Firefox support is to come). Check out our first video on it below for some impressions: 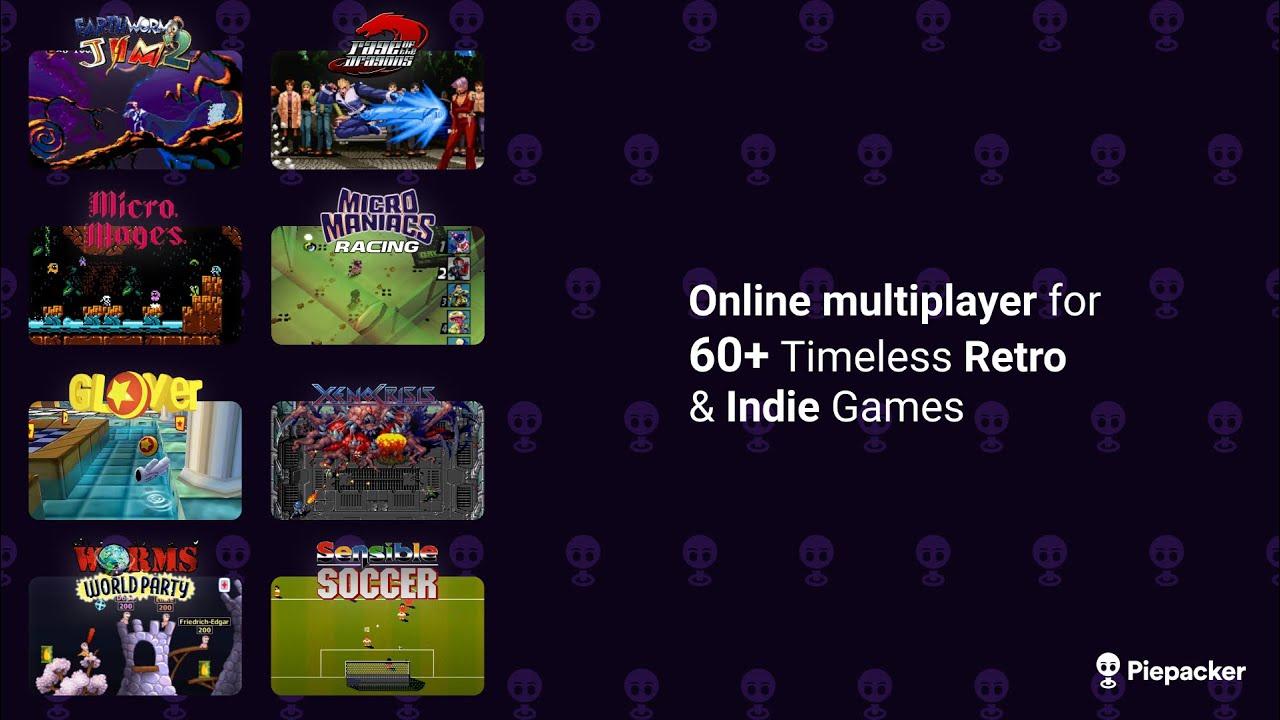 It's pretty safe to say we're sold on it.

Works exactly as you expect and want it to, with it all being click and play. Being able to send a link to someone who doesn't have an account, to have them join your game in a few seconds is really quite awesome. It's a clever way to use game streaming tech that could quite easily carve out a nice audience.

Check out Piepacker on the official site. It will be opening up to everyone sometime "soon".

How good is the latency?
Recently i tried to play sensible soccer via FS-UAE and even if it does a pretty good job, i spotted a frame or two of lags which in SWOS DOES make a difference.
0 Likes

View PC info
You can actually run something like that yourself with this awesome Retroarch based open-source software: https://github.com/giongto35/cloud-game
Demo here: https://cloudretro.io/

And you have all the games bought previously? I am pretty sure, that the majority of my MAME games are not licensed. (Though some are.)
1 Likes, Who?

And you have all the games bought previously? I am pretty sure, that the majority of my MAME games are not licensed. (Though some are.)

Me? I am not the developer of that. But there are plenty of people with existing libraries of retro game cartridges for SNES etc. that are perfectly legal to play with this.

People always assume emulation is about piracy, when in fact usually these commercial services are often just about re-selling you stuff you already own.

Edit: and for games that where never licensed in the first place it is a legal grey-area anyways.

Nice, thanks for sharing.
I've tried via wifi with a good signal, and got 0.5seconds lag with chromiu anf firefox with hw decoding and not.
0 Likes

Nice, thanks for sharing.
I've tried via wifi with a good signal, and got 0.5seconds lag with chromiu anf firefox with hw decoding and not.

Seems not that bad here, I guess you are pretty far away from their server?

Quoting: TuxeeAnd you have all the games bought previously? I am pretty sure, that the majority of my MAME games are not licensed. (Though some are.)

You can run games that you own if you like. I own all of the SNK releases during the HB and later on GOG releases. All of the Sega Genesis stuff that came out on Steam. I also have a TON of itch.io homebrew games and they work with Retroarch as is and you can use them with this.
2 Likes, Who?

Dreams coming reality! Many years ago, I have proposed the same to GOG.com. If you known Polish, you can read my post. I will realize the idea, but I do not have resources, so I must try to realize others.

But.. Many of mine ideas was realized. For example Firaxis/2K was realized it in Civilization 6 game.
0 Likes

STiAT 31 May, 2021
View PC info
Descent2.. Sensible Soccer.. sadly only chrome and says it does not support my mobile (which is android 10 april patches with chrome).

Well, maybe if they support a linux native app or Firefox.

The idea is great, the license deals will be easy and the tech for old games in browsers is basically a non-issue today.
0 Likes
1/2»
While you're here, please consider supporting GamingOnLinux on: