Ready for more epic Sonic fan games? Following on from the Doom-powered Sonic Robo Blast 2, we also have Sonic 3 A.I.R (Angel Island Revisited) a remaster of Sonic 3 & Knuckles which has a big new release.

This has been in development for 9+ months, during which Linux support was hooked up in a previous preview version which is now properly live for everyone. So now Linux users can enjoy one of the best Sonic fan games around. As a reminder, we spoke to the developer of this previously who mentioned they built it "directly on top of SDL2, OpenGL and Ogg Vorbis".

I gave it a run myself today for the first time and it's absolutely brilliant: 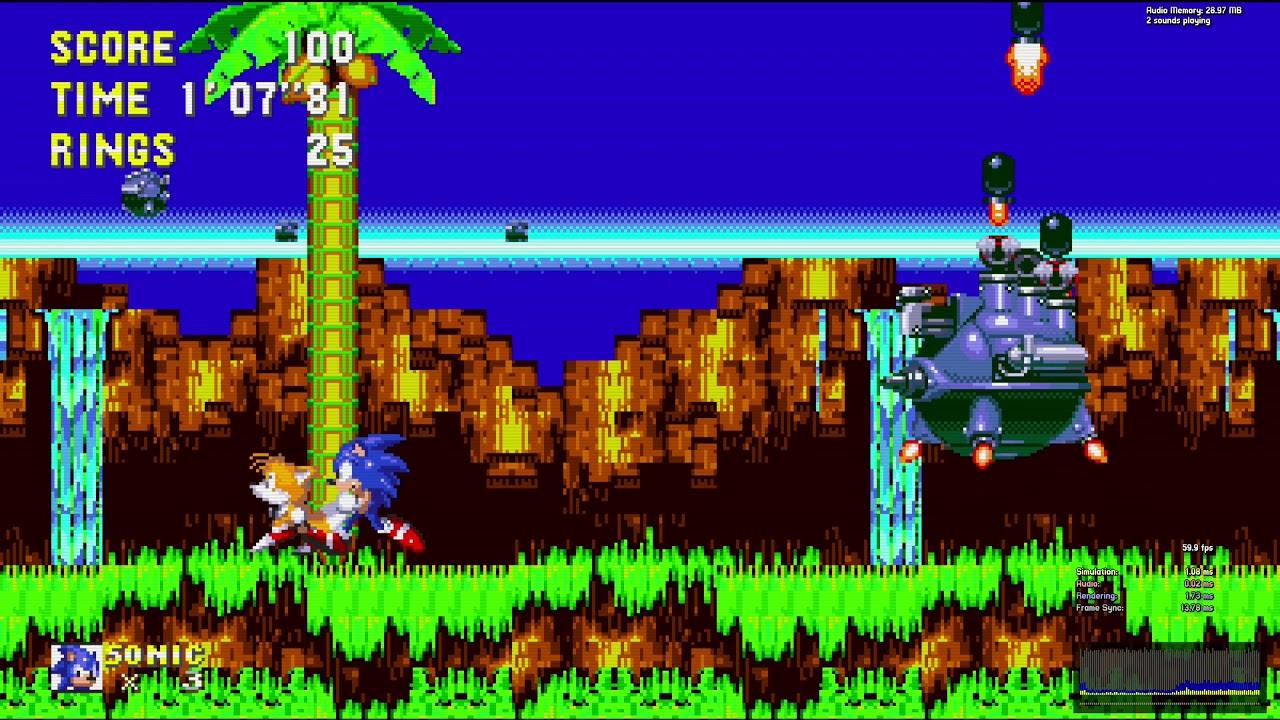 As for what's actually new in this version (apart from Linux support), some highlights include:

- Added support for directly loading zipped mods (also including multiple mods in one zip file)
- Added HQ3x and HQ4x filters as options
- Changed the two Soft upscalers to adapt better to the actual screen resolution
- Smoother filtering for rotated sprites
- Added options for V-Sync and performance display
- Added option for muffled sound when underwater
- Added an option for the (faster) Sonic 3 version of the continue screen music
- Now using actual emulation for almost all sound effects and emulated music tracks, not just the continuous sound effects as previously
- Added an option to display the lives counter in the upper right corner
- Added a manual game controller selection
- Supporting more keys for custom keyboard bindings (see the Manual for a complete list)
- Reduced LRZ 2 boss hit points down to 8, going back to the original value of 14 is an option
- Larger parts of the cutscenes in HPZ and the start of SSZ are now skippable
- Ported over missing code for a continue screen from S&K when playing as Sonic alone
- Rendering performance optimizations, especially for OpenGL Software rendering (though Hardware is still faster)
- Script / game simulation performance optimizations
- Added support for modded Tails' tails sprites in Time Attack ghosts
- Added support for modded Discord Rich Presence texts
- Modding: Added function "Renderer.drawCustomSpriteWithTransform" for script modding
- Modding: Added function "System.hasPlatformFlag" to differentiate between mobile and desktop versions, and also "PlatformFlags" override in config.json
- Modding: Added support for preprocessor conditions like "#if GAMEAPP >= 0x21050800" so a mod can use newer update's script functions but still stay compatible with the previous update
- Modding: Added support for SMPS audio file playback via S3&K sound driver emulation

Plus quite a lot of bug fixes.

For those curious about how SEGA view fan games, the official Social Media + Influencer Manager for Sonic at SEGA mentioned on Twitter:

Hey Sonic fans - I appreciate you all reaching out with concerns over fan games and monetization! So long as no profit is involved, there is usually* no issue with y'all using our blue boy to hone your art and dev skills. *((for legal reasons I can't promise all content is ok))

Sonic 3 A.I.R. is closed-source freeware and it does require a copy of Sonic 3 & Knuckles from Steam.

View PC info
This had me super excited until "closed-source"

fagnerln 12 May, 2021
View PC info
Maybe I need to look closer but I don't see any difference in the main game, to be honest looks like it's possible to have better results with shaders on Retroarch.

Quoting: llamajackerThis had me super excited until "closed-source"

Meh, the original is closed anyway, so you need to run "evil" software.
0 Likes
supercheetah 12 May, 2021
I'm more bothered that it's "fan created", but by making it closed source, that's really limiting the fans that can contribute.
4 Likes, Who?
While you're here, please consider supporting GamingOnLinux on: