You know the drill (get it?) with such a game if you've played any building sim. You run around and mine for resources, construct buildings, set up some automation and continually expand until the whole world around you is a well-oiled machine. It's nowhere near the greatness of Factorio and it's early days for Boppio but it's still quite promising. 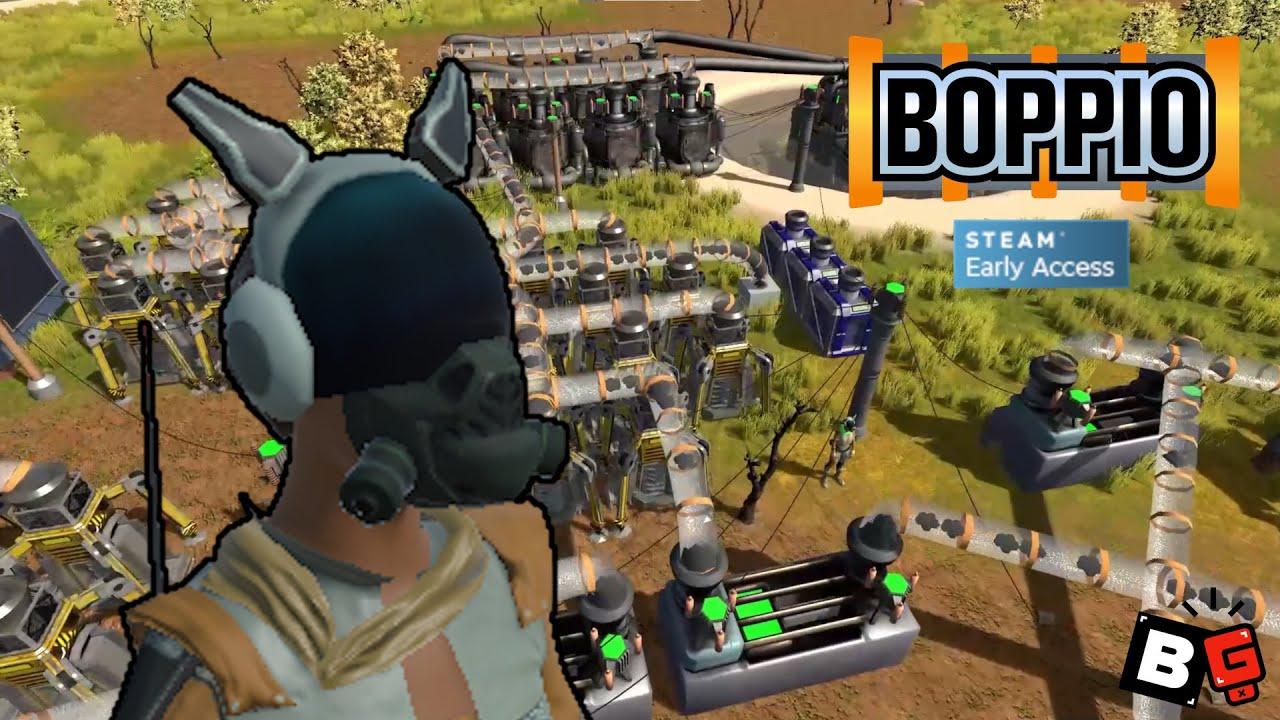 The developer mentioned they expect it to remain in Early Access until April 2022, with it being worked on since April 2020. During this time they plan to add in "about 4 times the amount of content in the full release compared to the current version", some of which you can see on their roadmap.

With the current version the developer thinks you can get 10-15 hours out of it for a full play-through, with that being longer as more features are added. If you're after a building sim with logistics planning, mining and automation it's certainly going to be one to keep an eye.

You can buy Boppio on Steam in Early Access with Linux support.

dmoonfire 15 Jun, 2021
View PC info
That definitely had a Satisfactory feel for me (including the color scheme), but that isn't a bad thing. I'm curious how/if they handle multi-player and mods. Going to check it out.
0 Likes

View PC info
Seems to be a little short on content at the moment. But with a game like this you have to ask, what is it going to do to differentiate itself from the existing games? I don't yet see how the 3d thing makes it different as the setups still look entirely 2d. I'll keep an eye on it to see where it'll be going.
0 Likes
While you're here, please consider supporting GamingOnLinux on: