Coming along with Linux support (confirmed) just like their previous games, it looks like another enhancement on their existing engine setup used with their previous games with a brand new setting. ZEPHON is a post-apocalyptic 4X strategy game, where you guide survivors through a grim-dark future, navigating unexpected disasters, eldritch horror and cyberpunk monstrosities.

Humanity emerges, hesitantly, into ruination. Almost nothing is left of the world as we knew it—settlements, forests, seas, mountains—all have been blasted into unfamiliarity. Horribly mutated animals hunt in packs through deformed woodland. Decrepit military robots stumble unknowingly through the ruins, sensors and logic centres blown. Alien soldiers, once impossibly powerful, cower in the wrecks of their ships, praying to heedless gods for rescue.

On the planet Earth, that was once a cradle of life, the extinction of humanity is at hand.

What will you do to survive?

No trailer yet but they do have some fancy looking early W.I.P shots of it (click each to enlarge): 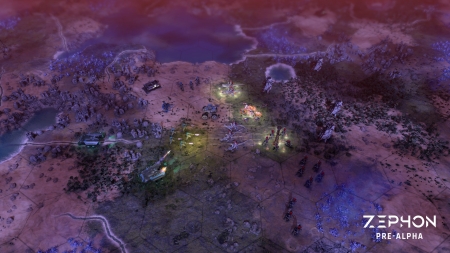 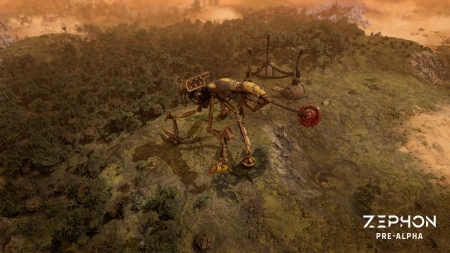 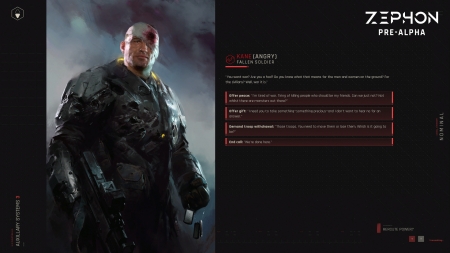 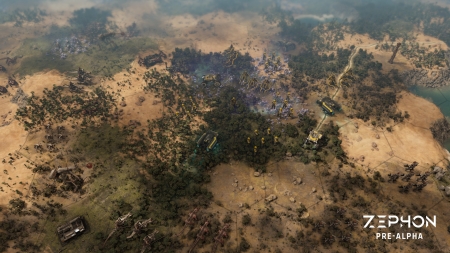 View PC info
I quite enjoyed Pandora, so I'm definitely following this one!
0 Likes
Purple Library Guy 3 Jun
I liked Pandora about as much as Civ: Beyond Earth which, when you consider that Civ:BE surely had massively more budget is pretty impressive. Not that Pandora was a perfect game--I thought a lot of the tech was kind of boring, and I thought the unit creation/customization system was decent but a bit lacking, and while I like much of the way they set up the economy I think it's silly that it results in a single very much optimal starting approach which is utterly inobvious and quite counterintuitive, so if you don't look up the thread about the economy in the game's Steam community you will start behind the eight ball in harder settings. I also thought the different factions, particularly the science one, had absolutely crappy, cringeworthy dialogue and catchphrases--they all felt like really bad self-parodies.

And yet, the game had a lot going for it. There was some good atmosphere with the aliens, the economic management was fundamentally different from the Civ approach in interesting ways, I really liked the concept of "Operations", which were a category of thing your city could produce that were neither a building nor a unit, but stuff like orbital strikes, area scans, orbital troop insertions and such. And not all the tech was boring, and I didn't mind the way the tree semi-randomized--like, tier 2 technologies came after tier 1 technologies, but within that their order was sort of scrambled on different playthroughs--I'm not totally sold on it, but it wasn't a bad idea.
Pandora is also so violent that unless you really nerf everything in the options my typical approach of trying to skimp on the military so I can build my economy is unviable. But that works so well with the whole atmosphere of the game that I was willing to adapt.

Well. Whole big review, but my point is that while I'm not sure a new 4X game from them will be awesome, I'm certainly interested enough to want to keep an eye on it.
1 Likes, Who?

Quote...we’ve taken the fundamentals of 4X and shaken them up. Drop the assumptions you have from other games in the genre.

Oh yeah? You have my attention. I hope you can deliver!
0 Likes
While you're here, please consider supporting GamingOnLinux on: