Encased, a sci-fi post-apocalyptic RPG to release this 'Fall' with a Linux version

Dark Crystal Games have announced that Encased, their sci-fi post-apocalyptic RPG is going to release in full sometime this "Fall" and it will come with the Linux version.

"A classic isometric RPG set in a dystopian environment allowing you to fight enemies, explore the hostile wasteland, level up your character and join one of the forces in the ruined world that survived through the horrific Incident, isolated from the rest of the world."

In response to a question about the Linux version becoming available at release, one of their team replied to mention "Yes it will. We have native port in works which sill requires some work but will be ready.". They also shared a screenshot of it running on Ubuntu: 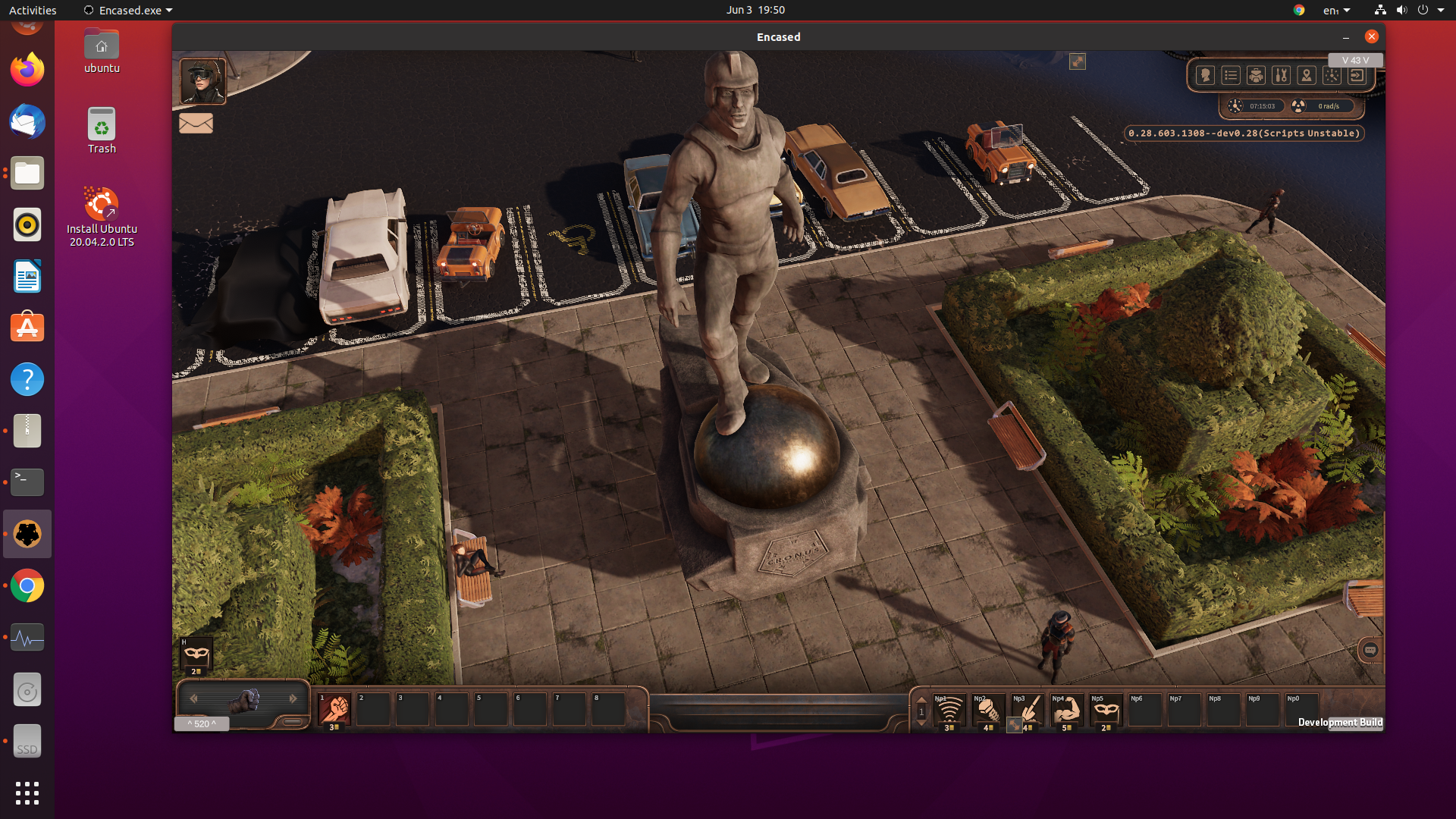 It's nice to see that they will keep up their original promise, as Encased was funded on Kickstarter back in 2018 where they said clearly they will be doing a Linux version.

Some of the features include:

Threaten your enemies out of battle: persuade important people to give you favours. Don't have charisma for that? Then bribe them! In Encased the story is deep, and each quest can be completed differently depending on your stats and choices and those choices will really matter in the end, thanks to multiple game endings. Kill everyone, be a pacifist or choose anything in-between, the game will adapt to your playstyle.
Level up your own unique character: will you specialise in stealth, melee combat, sniper rifles, psionics or diplomacy? Will you be a lone wolf or a party leader? Or maybe even try to play through the game as low intellect hero? It's all up to you. Go on a journey and learn dozens of useful abilities like hacking, mechanics, thieving or even driving. Study relics to reveal technological secrets of the Dome and then explore the lands, finding new places, anomalies and rivals. Not all of them will be humans, by the way.
Make difficult decisions: steal, assassinate or help despite any consequences. Build your reputations with one faction or try to please them all, but remember that sometimes compromises are impossible.
Repair and craft: forge robotic armour — Servoshell, build unique guns and upgrade them. Maybe even cook something. After all, you can't survive on an empty stomach.

View PC info
While a Linux version is welcome, I refuse to buy a game which has DLC before it is even finished. Maybe I'll have a change of heart when the game is on a heavy discount.
0 Likes

I work in software development and this is quite normal. If developers wait until "everything is completed", then chances are they'd run out of money before that ever happens. Software dev is expensive and Game Dev can be even more expensive.
1 Likes, Who?

Game has 3 DLC available. One of them is the soundtrack which I'm fine with, the other 2 are not.
0 Likes

Game has 3 DLC available. One of them is the soundtrack which I'm fine with, the other 2 are not.

The other 2 DLC are Gun and Portrait Packs, nothing story content wise. Been waiting for this game to be finished, nor really interested in playing a buggy incomplete version.
1 Likes, Who?

Termy about 7 hours ago

View PC info
Oh, looks quite nice, went under my radar so far, thank you! ^^

And while i'm generally no big fan of "cosmetic" DLCs, in cases like this, where there isn't a huge studio or publisher involved i can kind of accept them if it's nothing game-changing but only some redundant weapons or portraits like in this case
0 Likes
While you're here, please consider supporting GamingOnLinux on: