Hello Engineer is out as a Stadia exclusive with State Share, Madden NFL 22 pre-order

It's been a little while since we talked about Stadia so it's time for another round-up of things happening for Google's cloud gaming service.

Firstly, we did mention earlier this month that Stadia was getting the popular Rainbow Six Siege was launching on Stadia. We also know now that it's going to be cross-platform between Stadia, Windows and Amazon Luna which is good news for Stadia players since there will actually be plenty of people to join up with.

Hello Engineer, the latest from tinyBuild, has now launched as an exclusive First on Stadia title, meaning that eventually it will also release for other platforms. For now though, the only way to play is via Stadia. This is an Early Access title and it comes with Stadia's special State Share, which allows other players to use resources and blueprints from your captures they haven't yet unlocked or try to beat your times. 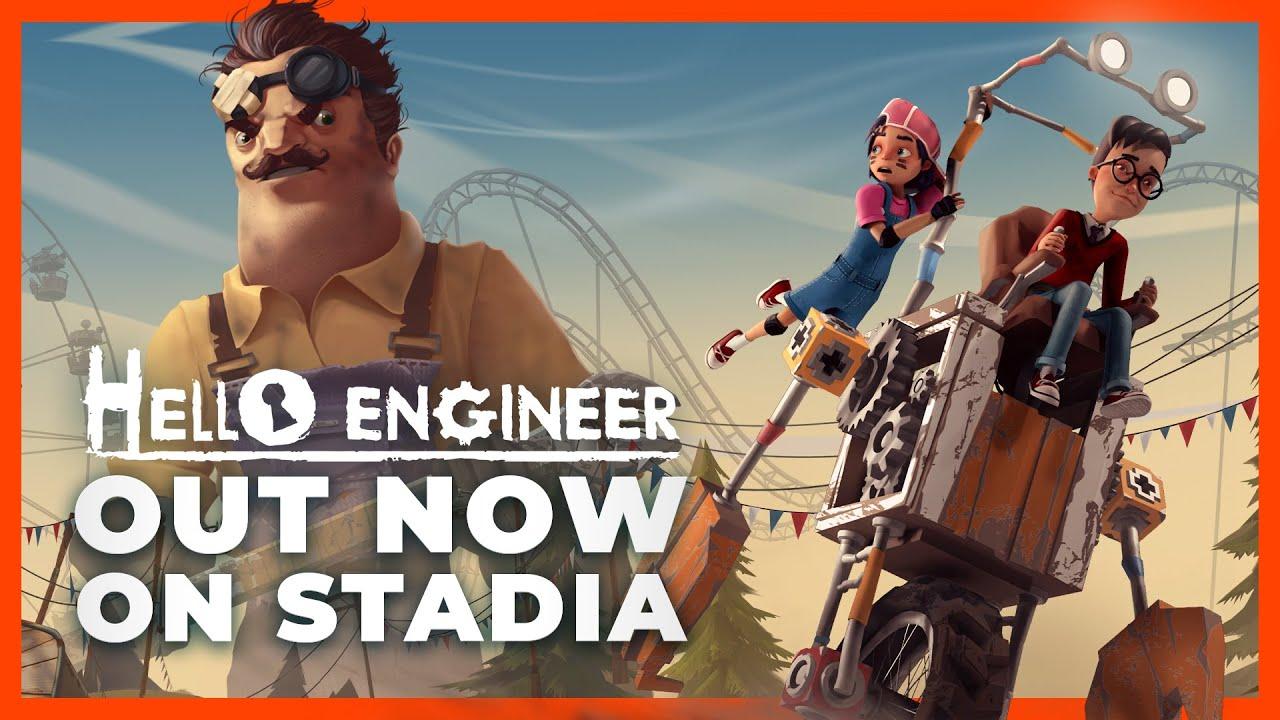 Olympic Games Tokyo 2020: The Official Video Game is also out now on Stadia, which supports Crowd Play, allowing for livestreamers to get others to join in. Another special feature for the Stadia release is that it allows friends and family who join you to sign up for a Stadia account in local multiplayer so each will get their own progress.

Borderlands 3 is also now free to play on Stadia until Monday, June 28. Plus it's also discounted during this time.

Stadia is also now supported on Chromecast with Google TV (launching today), plus today you will also be able to play on supported Android TV OS devices. For devices not officially supported you can opt into the experimental option to try it. If you prefer to use the Chrome browser on Android instead of the Stadia app, that's also now an option.

For our readers who use Stadia, how have you found it over the last few months? Has it been working well?

View PC info
Imo, it's much better integrated and fluid than GeForce Now. It's my first pick when it comes to Cloud gaming (I have 2 Nvidia Shields). Performances are greater than I expected (I have a good internet connection and network) and Stadia's family share is the best version you may find.

Last weekend, at the same moment, my daughter was playing Just Dance 2021 on her laptop (Just Dance Controller app on her smartphone), my son was playing Ghost Reckon Breakpoint on the basement's TV (Shield 2017) and I was playing Grid on the main restroom's TV (Shield 2019)... It's like having 3 PS5 or Xbox X series at the same time (1800$ worth of hardware)... Try to do that with Steam or any other service... To me, and anybody who got a family (with gamers), it's worth gold.

Btw, you may already use the official AndroidTV client if you launch the game from your smartphone's Stadia app and ask it to play the game on your AndroidTV box/device. After that, all you have to do is exit the game and then you gain access to the full Stadia app for AndroidTV. The official app is snappier than the sideloaded mobile app (ex: no more delay displaying your game library).

I still have the fear of Google's graveyard, but they are on to something great and it gets better by the day. Let's hope they persevere and don't pull the plug on it, it could become quite a singular offer.

Edit: All that's missing to the service is EA NHL22 and they will have converted me.


I wonder if that means they'll release a native version? Some (but not all) of the Life Is Strange games were ported by Feral. This one only currently lists Windows support. Already having a Stadia version's got to encourage a native version at some point, right?
1 Likes, Who?

Quoting: MohandevirTo me, and anybody who got a family (with gamers), it's worth gold.

Very true. I have a lot family members that game and we are on each other's family plan so the amount of games we have access too is enormous. I still reserving my purchasing power towards ONLINE ONLY MP games when it comes to Stadia. Games like Tom Clancy's The Division 2, Pac-Man Mega Tunnel Battle and Super Bomberman R Online.

At home my wife and I play Stadia mostly from our desktop and HTPC but I've been gaming more and more from my phone with an attached gamepad.
0 Likes


I wonder if that means they'll release a native version? Some (but not all) of the Life Is Strange games were ported by Feral. This one only currently lists Windows support. Already having a Stadia version's got to encourage a native version at some point, right?

Well, that was certainly the dream. In fact, it sounds like Stadia, as a target, has very different requirements from the desktop builds. So different, in fact, that the fact that Stadia is Linux is largely irrelevant. At this point, all I'm really hoping for is that Stadia adoption drives Vulkan and largely kills off DirectX games, outside of the Xbox ecosystem that is.

Hell, while I'm dreaming, perhaps uPlay and Origin can suddenly die off, and Epic can start supporting Linux directly? That would be nice. Yeah. That would be really nice.

What's that GOG? You're releasing Galaxy on Linux too? Welcome to the party, pal? C'mon in. The water's lovely.
1 Likes, Who?
While you're here, please consider supporting GamingOnLinux on: