Left 4 Dead 2 updated with Vulkan support thanks to DXVK

We've only just seen a new release of the Direct3D to Vulkan translation layer DXVK, and now it's powering Left 4 Dead 2 with a fresh free upgrade out now.

Much like we saw with DXVK being added to Portal 2, this new rendering mode is optional. It can be enabled by adding "-vulkan" as a command line option. To do so: right click the game and go to Properties, ensure you're on the General tab on the left, then enter "-vulkan" (without quotes) in the Launch Options box. 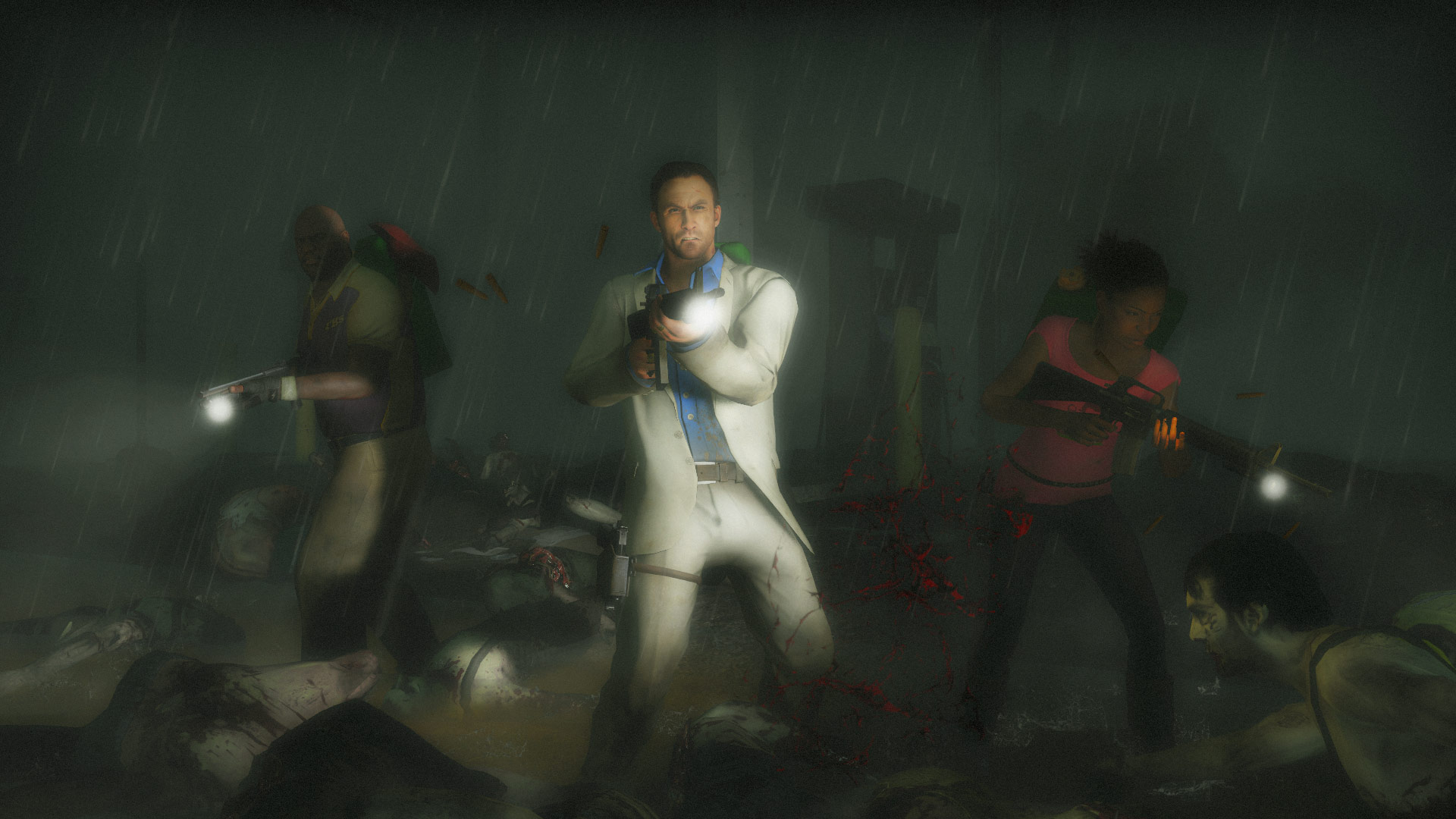 There's plenty else that's new including:

- Better support for ultrawide monitors in the UI and game (requires Vulkan if using Linux)
- Marked the game as DPI-aware for high DPI displays.
- Improved default settings for window size and type.
- Improved full-screen quad rendering performance.
- Made captions anti-aliased
- Marked fps_max and viewmodel_fov as FCVAR_RELEASE.
- Cvars 'survivor_incap_health' and 'survivor_incap_decay_rate' can now be changed after startup.
- New cvar 'charger_pz_claw_damage'; functions the same as equivalent melee cvars for other specials.
- New archived cvar "addons_hide_conflict_dialog" suppresses the warning dialog in the addons screen. Any conflicting addons will still be highlighted in red with conflicts printed to the console.
- Added an FOV slider to the Multiplayer settings.
- Added a +bench_demo [name]   command line parameter which will run a demo, and quit after it is finished.
- Added a -bench_settings [name] command line parameter to load a cfg/video_bench_{name}.txt file containing settings to load. There are a set of defaults provided, very_high_4k, very_high, high, medium and low.
- Lobbies that connect via a forced server IP are not considered for "Official Only" Quick Match searches.
- Overhauled UI usability on controller
• Added controller button icons across the UI.
• Made confirmation prompts accessible on controller.
• Now able to select mutations on controller.
• Now able to fully manage lobbys on controller.
• Now able to manage addons on controller.
• Now able to browse achievement details on controller.
• The game instructor (in-game hints) now shows controller buttons and hints.
• Added a flashlight binding to the default controller config.
• Made the intro video skippable by any button on a Steam Controller.

Plus a bunch of bug fixes, some of which are Linux specific including a startup crash, possible text corruption fixes for UTF-8 conversion, addon info being truncated "much earlier on Linux", the Windowed (No Border) option should now work on Linux plus a bunch of new scripting hooks for modders.

What's the point in adding Vulkan like this? Well, the original ports from Valve used a layer called ToGL which translated the original Direct3D rendering to OpenGL. With the Vulkan launch option this would replace it. It should give better overall performance, and hopefully smoother framerates. Perhaps even helping with lower end hardware, like an upcoming SteamPal handheld which would make sense for all the controller fixes.

About the author - Liam Dawe
I am the owner of GamingOnLinux. After discovering Linux back in the days of Mandrake in 2003, I constantly came back to check on the progress of Linux until Ubuntu appeared on the scene and it helped me to really love it. You can reach me easily by emailing GamingOnLinux directly.
See more from me
Some you may have missed, popular articles from the last month:
The comments on this article are closed.
21 comments
Page: 1/3»

I'm glad that Joshua wasn't playing with me after all

But I think that this will improve with some updates, and hopefully the next game will use Vulkan natively
3 Likes, Who?

View PC info
Nice, time to get my bunch of friends to play L4D2 again, maybe my brother as soon as he has a new machine.
2 Likes, Who?

View PC info
Makes you wonder if Valve is preparing their library for say, a portable device with lower specs.

View PC info
Anyone else getting a strange dialog box just after the intro but before the menu, its unreadable but once click the only click box loads to menu fine?

View PC info
Portal 2 wasn't a one-off then. I wonder what's next? Maybe Counter Strike: Source, which coincidentally I've been going back to playing lately

Edit: Also, not a Valve game per se, but I think Black Mesa would benefit greatly from a DXVK option.

So many updates for Controllers... hmmmmmmmmmmmmm.
4 Likes, Who?

Quoting: TheReaperUKAnyone else getting a strange dialog box just after the intro but before the menu, its unreadable but once click the only click box loads to menu fine?

I thought I was the only one :) It almost looked like Hindi or Arabic writing; strange enough with this update it doesn't pop up anymore. Plus a lot of the studder I would get for the left 4 dead 1 parts of the game are gone after using -vulkan.
1 Likes, Who?

View PC info
Now they just need to add that option to CSGO
3 Likes, Who?

Quoting: EhvisMakes you wonder if Valve is preparing their library for say, a portable device with lower specs.

Absolutely. Seems like a good step.
0 Likes
1/3»
While you're here, please consider supporting GamingOnLinux on: