Melvor Idle is probably one of the best idle games around

Ever played an idle / clicker game? They've been popular in the past, especially in the earlier days of web gaming and Melvor Idle is probably one of the best.

You can pick it up on Steam or play it in your browser, and it's surprisingly engrossing. Building up your character and going on adventures, levelling up and just clicking around to do things. Melvor Idle is gaming distilled into such a pure form with little in the way of graphics, the majority of the presentation is done through text prompts and button clicking. Despite that, it's genuinely interesting to play through. Something you can leave in the background or on a second screen if you want. 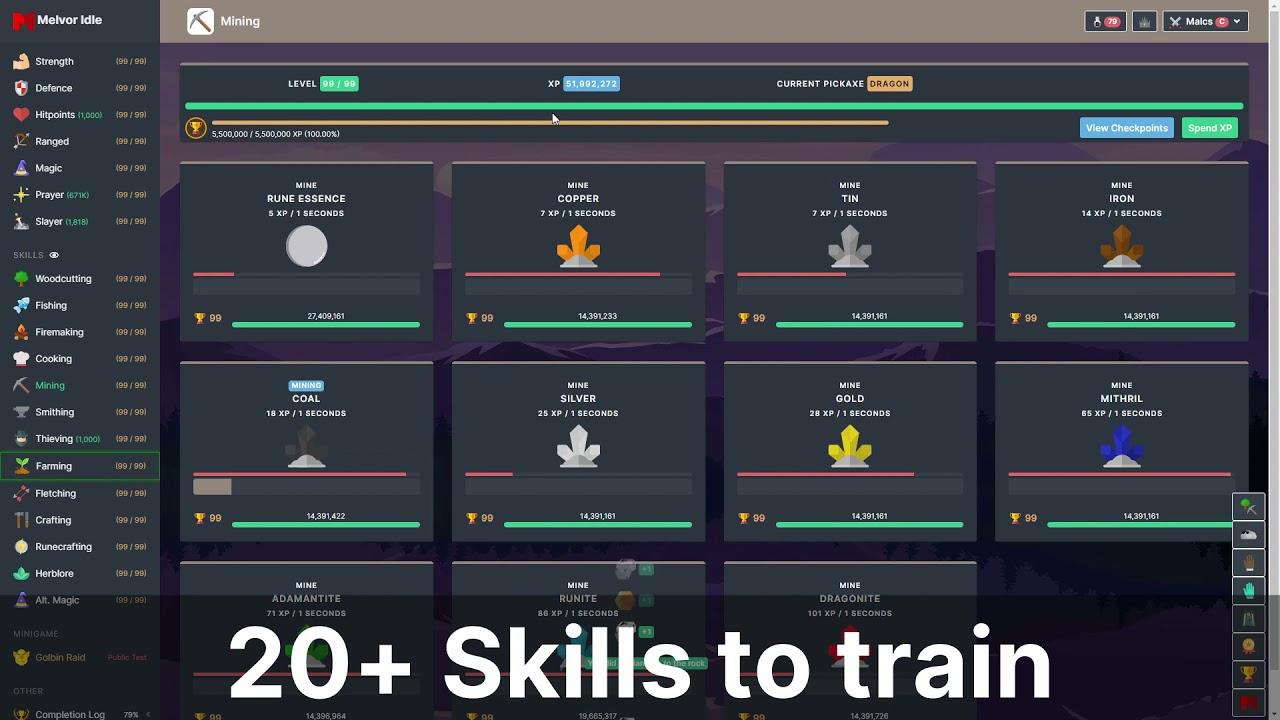 The game allows a certain amount of offline progression too. Non-combat skills can be left on while you're away for quite a few hours, so you've always got something interesting to come back to which makes it that little bit sweeter. Melvor Idle makes it easy to become a little obsessed with it and so it's quite dangerous with your time.

Just some of the features includes:

Despite it being in Early Access, there's a huge amount of depth to it and just recently a huge upgrade went out adding in a Summoning system, so you can get your own Familiars to aid you in your journey.

Play it on Steam or in your browser. The developer hopes it will leave Early Access this year.

View PC info
Looks interesting! For those wondering like me what the difference is between the Steam version and the Web app: https://www.reddit.com/r/MelvorIdle/comments/jywwb4/steam_vs_web_app_vs_phone_app/
2 Likes, Who?

View PC info
Why does this make me think "Running a bot in Oldschool Runescape: The Game"?
0 Likes

View PC info
I have played it for a bit on Android. This game was designed for mobile and has extended onto PC via Steam. Although I did start off quite liking it, despite the somewhat quirky controls. (It'd be nice if the UI could be updated to be more intuitive and flow better, and be less clunky.)

It is probably one of the better Idle games to play, but at the same time, I felt it annoyingly grindy and time-wasting and I just wasn't keen enough to invest time into playing it. The combat bits of the game force you to stay attentive, else you die and lose items.

If you really like the genre, play it, and I found that it fits well alongside 'slow' youtube videos, watching the news, or other activity where you are only half-engaged. (If I'm actively engaged in the gaming side, I'd rather play something else.)

View PC info
Thank you but i'm already playing two idle games (simultaneously with each other and with Doom II)
0 Likes
While you're here, please consider supporting GamingOnLinux on: