Want to see how Ray Tracing would run on Linux using the Mesa RADV driver on an older GPU? Well, thanks to developer Joshua Ashton that's starting to be possible.

For those not familiar with the name, Joshua is responsible for D9VK (Direct 3D 9 to Vulkan) which was merged into DXVK some time ago. Joshua has also been working on DXVK directly, VKD3D-Proton (Direct3D 12 to Vulkan), was responsible for the Vulkan upgrade on Portal 2 and more - certainly a busy bee.

Announced in a blog post, it goes over in some fun detail what was actually needed in getting this working on older generations of AMD GPUs like Vega and below showing it's clearly possible. With work that was possible thanks to another developer, Bas Nieuwenhuizen, who has been doing plenty of the Vulkan Raytracing support work for the RADV driver. 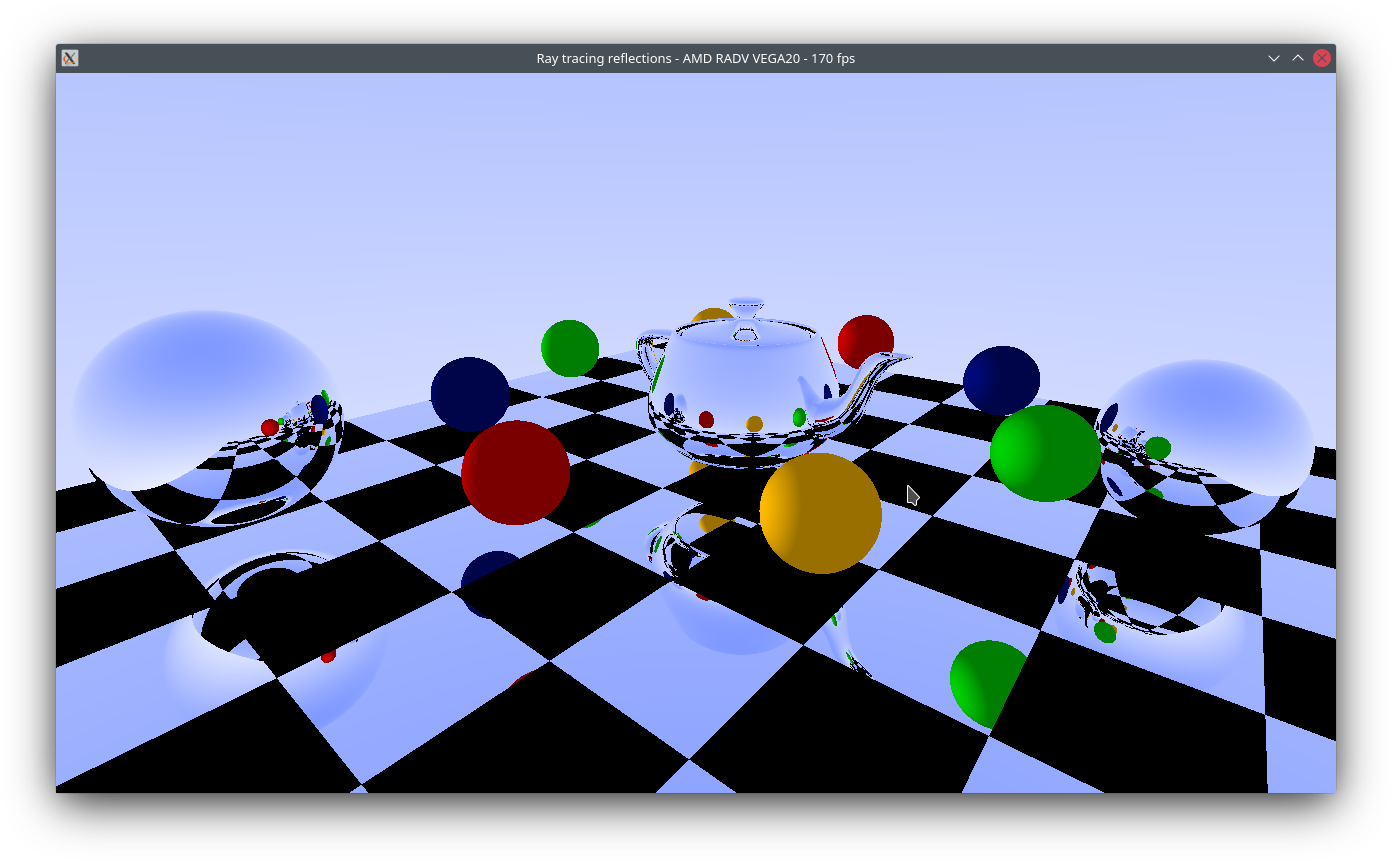 It's impressive what a dedicated mind can do with some open source code. If you wish to see it and perhaps try it out yourself, you can find the WIP code on GitLab. Currently, it's good enough to run some of the popular Vulkan demos from Sascha Willems. Once more Ray Tracing features are in Mesa, testing will then be done on more demanding applications and games.

Joshua goes on to mention "I see no reason why AMD should not expose this in their open/proprietary drivers, even if it runs bad" as it could easily show why newer generations are better and help provide more testing areas for the likes of RADV/ACO and VKD3D-Proton on Linux too.

The blog post also has a little dig at AMD at the end, since they took multiple months to get Ray Tracing working officially on Linux in their own drivers. NVIDIA had it ready the day Vulkan Ray Tracing became official in a Beta driver in November 2020, while it took AMD until April 2021 to get it into their Linux driver in a Preview form so Joshua certainly isn't wrong that AMD need to "do better in future".

QuoteJoshua goes on to mention "I see no reason why AMD should not expose this in their open/proprietary drivers, even if it runs bad" as it could easily show why newer generations are better and help provide more testing areas for the likes of RADV/ACO and VKD3D-Proton on Linux too.

Regardless of performance, this is really useful for developers who don't have access to the latest GPUs or people who want to learn how to write an hardware-accelerated raytracer :)


Last edited by Calinou on 1 June 2021 at 9:26 pm UTC
1 Likes, Who?
While you're here, please consider supporting GamingOnLinux on: