What have you been tapping play on recently? Let us know

It has again been a while since we ask you, our wonderful community about your gaming picks recently, so let's have another chat in the comments. Sunday for a lot of people is a time for rest, relaxation and plenty of gaming!

Before you jump down to that comments box, here's what I've been playing plenty of recently.

It might come as no surprise but I've been diving into plenty of Half-Life: Alyx. Still not completed it yet, as it's been a regular slot in our Twitch livestreams (come follow us!). Mind-blowing is pretty much an understatement on how excellent it really is. Given how SteamVR on Linux is still quite rough, it's been very stable too - with one single hard lock up during my current 16 hour time spent in it. There's so much to enjoy about it I don't know where to start and end talking about it. 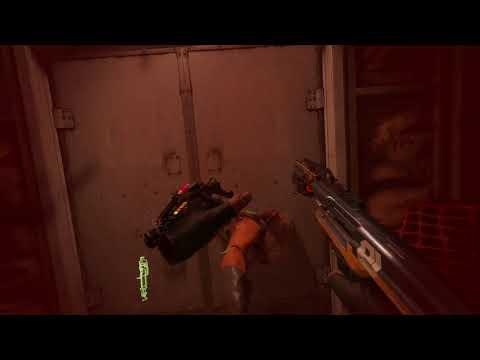 With such an experience it's pretty overloading, there's so many things I've missed that's going to need another play-through to catch all the details put into it. I'm constantly discovering small details that really make it great.

Over to you in the comments: what have you been playing and is it any good?

I am the owner of GamingOnLinux. After discovering Linux back in the days of Mandrake in 2003, I constantly came back to check on the progress of Linux until Ubuntu appeared on the scene and it helped me to really love it. You can reach me easily by emailing GamingOnLinux directly.
See more from me
Some you may have missed, popular articles from the last month:
51 comments
Page: «5/6»

View PC info
Cloudpunk (proton) Which is actually nice and doesn't crash every 30mins like Cyberpunk 2077.

Dan_igrok 6 Jun
View PC info
Thanks to this website, I've discovered Balde of Agony, and I'm having a lot of fun playing it. Currently doing chapter 2.
2 Likes, Who?

View PC info
After watching hours of "Let's plays" I finally bought Starsector (native) to invent my own sci-fi space opera while knowing that I will probably need hours to get a grasp of all those deep game mechanics. A true exploration game: exploring space while exploring how to fly, fight and make a profit.
1 Likes, Who?

View PC info
Out of curiosity, I started playing Mannarites, and somewhat got hooked... The gameplay feels old and heavy, not unlike Golden Axe on Megadrive, but there is this strange appeal to it. Since the game is free to play, you probably should give it a try

Aside from that, I have been playing a little bit of Hero Loop (after beating the first boss several times, I discovered that there was a second chapter button available... duh!), The Darkside Detective, Huntdown (in co-op), and finally started Children of Morta in co-op. We played only a couple of hours, but the game really seems promising

View PC info
I have discovered The Surge 2 which is kind of a hidden gem, at least I didn't know about it. It is souls like but gives me vibes of KotoR and Mass Effect.
1 Likes, Who?

View PC info
I picked up Just Cause 3 and 2 on sale. In that order, because I'd never played the third game, then when some aspects of it began to annoy me and I noticed the second was only £0.99, I grabbed it as well to see if my memory was playing tricks on me. (It wasn't. What's going on with the handling of the bikes in JC3?)

Despite the annoyances (it takes literally ten minutes from clicking “Play” in Steam to actually being in the game... and we laugh at five-minute loading times from cassettes in the '80s*), it's all good violent fun.

*In fairness, it's not so much the loading times as the failing-to-connect-to-the-Squenix-server times. On a single-player game. Sheesh.

View PC info
About two weeks ago I started playing Witcher 3 (Proton). I played the base game on PS4, but I never actually played the DLCs. Since I had it on GOG (I think they gave it away for free one day, so I nabbed it), I decided to play on my PC. I know I can play the DLCs directly, but for me, that doesn't feel right, so a full playthrough it is! LOL! Just finished the Bloody Barron's full quest line... soooo... like... maybe 1/3 of the (base) game?

I've also been lining up my next outings (that I probably won't get to for months) such as Subnautica and Subnautica: Below Zero (both Proton) as well as Delta-V: Rings of Saturn (Native) (Sorry, don't know how to make the proper delta symbol on my keyboard).
1 Likes, Who?

View PC info
Elite Dangerous has been my goto game for the last 2-3 months. Despite the pains of the latest expansion/DLC it runs well enough via Proton for me to be an enjoyable play.
1 Likes, Who?