Beyond Sunset looks like a dreamy synthpunk retro sci-fi FPS

Need more retro-looking FPS goodness? Beyond Sunset is a recent discovery and it sure does look good.

The developer says to expect a blending of first-person action with RPG elements, all wrapped in the style "of classic DOS games". They're not saying it's cyberpunk either like a lot do, they say it's more synthpunk with it being backed up by an original soundtrack by synthwave legend Karl Vincent. 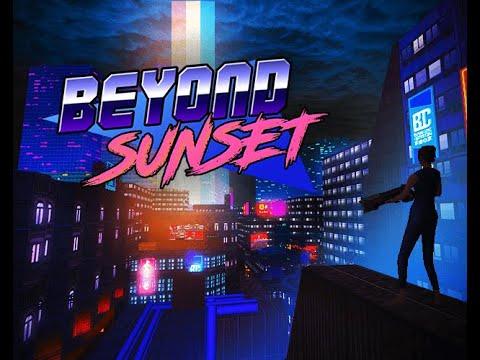 "SUNSET CITY, CALIFORNIA - 20XX AD: You've been awakened from cryostasis by a mysterious woman.  You can't remember who you are. Your name, your identity... lost in the fog of hypersleep.

The woman offers you a deal: carry out her violent revenge against the crime syndicates that wronged her, and in return, she will restore your memories and identity..."

The developer mentioned that Linux will be supported, although it's only been tested on Ubuntu but it should work across any Linux distribution.

You can follow Beyond Sunset on itch.io. We shall be following it along to let you know when it gets a release date.

I am the owner of GamingOnLinux. After discovering Linux back in the days of Mandrake in 2003, I constantly came back to check on the progress of Linux until Ubuntu appeared on the scene and it helped me to really love it. You can reach me easily by emailing GamingOnLinux directly.
See more from me
Some you may have missed, popular articles from the last month:
6 comments
☆ Promoted Comments
beyond_sunset 9 Jul

This is running on a modified GZDoom engine.
2 Likes, Who?
Full Comments

View PC info
Is it another Doom mod?
0 Likes

View PC info
Looks quiet nice, I will keep an eye on this one.

@jarhead_h the itch.io site has a hint that it might be based on the build engine.
0 Likes

This is running on a modified GZDoom engine.
2 Likes, Who?
While you're here, please consider supporting GamingOnLinux on: