CreatorCrate is absolutely insane and it's out on August 11

Jori Ryan of CreatorCrate Games has announced that CreatorCrate, a platformer that gives you the ability to "3D print" any object you come across is out on August 11 and it seems like quite a laugh is waiting for you.

A thoroughly quirky game where you play as a sentient 3D printer that can make anything. You've decided you also want to be free and so things get messy. Set on a huge circular spinning space station, everything is always moving, including gravity that changes as you explore. This is shaping up to be a platformer like no other.

"Fight to stay alive while everything around you is on fire, exploding, or shooting lasers. Dangle by your arm over deadly drops. Climb just ahead of fizzing pools of acid. Take it one area at a time with checkpoints or crank up the challenge with permadeath mode. Procedural generation keeps the action fresh each time so you can get blown up and try again!" 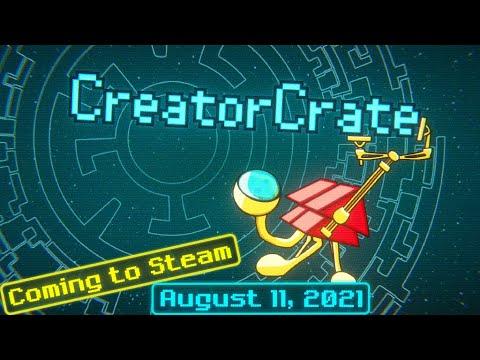 The developer mentioned they're a big Linux fan too, "Not only is the game releasing as Linux-native, much of the game's development lifetime was on Linux thanks to projects like Blender and Krita, and Unity3d releasing a Linux-native editor.".

You can follow CreatorCrate on Steam and try the demo too.