What seems to have come out of nowhere is Muck, a brand new survival game that blends in some random generation to make each playthrough different and it's now on Linux.

Originally released on June 5, the Linux release is now fully live. Seems it initially had Linux and macOS builds on itch for testing, with it now all being on Steam. It's a free game too, so you can try it without spending a penny. It was created by a developer who goes by "Dani", who is a very popular YouTuber too (over 2 million subscribers). So, it's not surprising that the game Muck is very popular.

Dani made a quite funny overview of how it came to be: 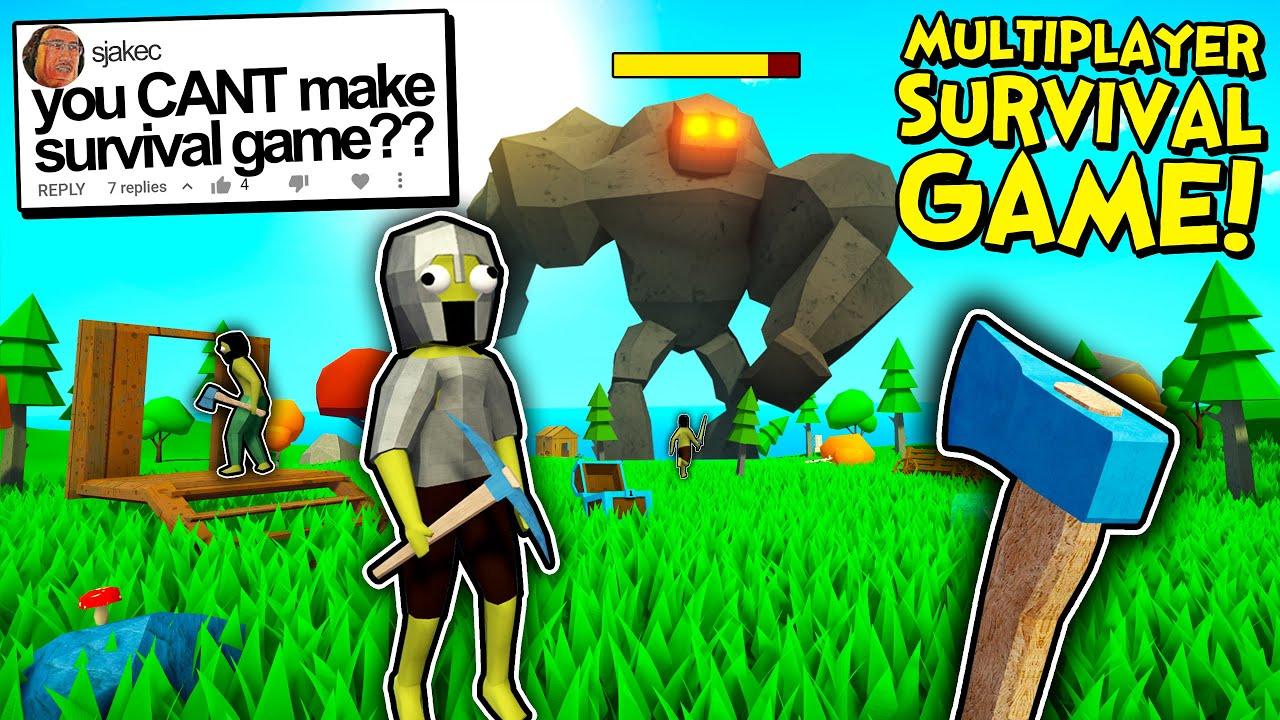 Trapped in the muck on an island, alone or with your friends, try to survive as long as possible by using the resources you find around the island.

Collect resources, craft tools, weapons, & armor, find items & build your base during day. But once night falls, mysterious enemies appear from the shadows. Using the resources and items you've crafted during the day, you must try and make it through the night.

Island throws you and your friends into a fun and action packed experience on a procedurally generated island. Do you have what it takes to survive?

Testing out the Linux version today, it all seems to work quite nicely. Since release it's hit over 40,000 user reviews and gained an "Overwhelmingly Positive" score, with it regularly seeing over 10,000 players online.

You can play Muck completely free on Steam.

View PC info
Not sure I'll mess with that game, but the video was so entertaining that I watched the whole thing! Ha!
2 Likes, Who?

View PC info
I’m not fond of goffy games, or the ones based on half broken physics.

One of the best "open survival crafting" game i’ve played (not in time played or depth etc but in my memory, it left an deep positive impact), is actually a really weird one : Wrong World (via Proton).

At first i almost forced myself to try it, but i quickly felt in love with the many ideas and discoveries. It’s weird, but seriously well done.
0 Likes

Quoting: TcheyI’m not fond of goffy games, or the ones based on half broken physics.

One of the best "open survival crafting" game i’ve played (not in time played or depth etc but in my memory, it left an deep positive impact), is actually a really weird one : Wrong World (via Proton).

At first i almost forced myself to try it, but i quickly felt in love with the many ideas and discoveries. It’s weird, but seriously well done.

I recognize the name. Wrongworld was originally supposed to get a Linux release, and Liam wrote several articles about it.
0 Likes

Quoting: Guestthe game dev gives no info regarding the game's system requirements for linux...i assume they are same as windows except the OS?

it is free and only 400MB. just try it, but it seems system requirements are very low
1 Likes, Who?
MrAnon57 11 Jul, 2021
View PC info
Oh nice, didn't even realize I was running it on proton before seemed that stable, great game
0 Likes

View PC info
I've given this a reasonable try, and even watched a video or two for tips. I like the idea behind it, but I'm finding it doesn't control well, and it is balanced much too hard for solo enjoyment. The day-night cycle transitions before you've had chance to get anything done. Even on "Easy" setting, it is set too hard. As a survival-type game it is much more of a scramble than strategic gameplay, and the hordes that appear must be killed before you can get on and do anything else.
1 Likes, Who?
While you're here, please consider supporting GamingOnLinux on: