Getting a console-like big-screen experience with Linux gaming was a thing with SteamOS until Valve stopped updating it, then came along GamerOS to carry the torch which has evolved again with a new name of ChimeraOS.

ChimeraOS has the same idea just a fancy rebranding, to remove the terrible GamerOS naming. Nice. It also now has an actual website that's a bit more fancy.

For those not aware of what it actually does: it gives you an experience that boots directly into Steam Big Picture, powered by Linux, for an improved couch-gaming setup. However, it's a lot more than that. It has a built-in web app to manage installing non-Steam games known as "Steam Buddy", enabling you to run games from GOG, emulators and many more services. 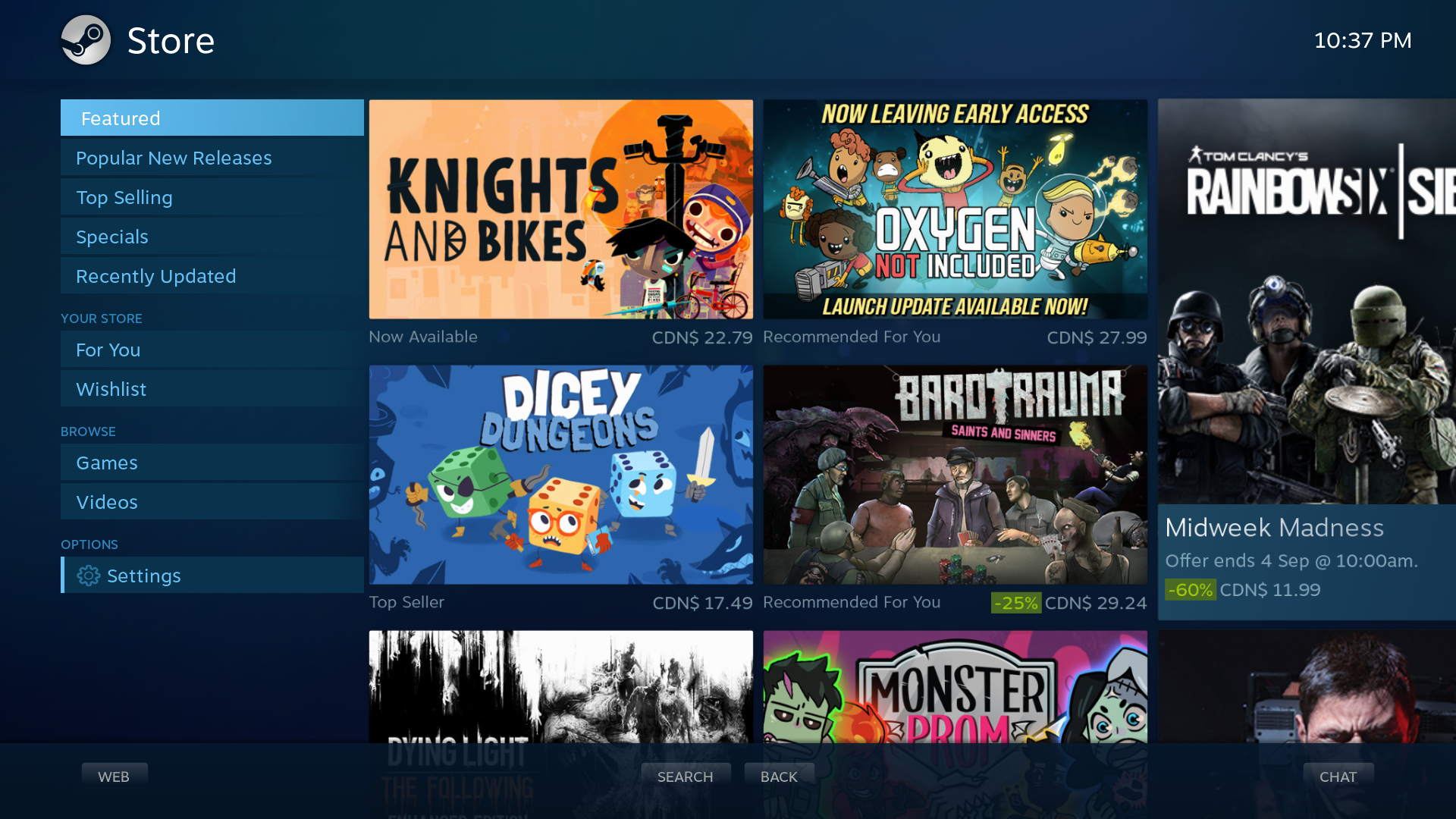 Here's all the main changes for what's now ChimeraOS 25:

View PC info
I way prefer GamerOS over ChimeraOS at least you know what the target is.
I understand GamerOS is not perfect, but the new one doesn't make any sense at all.
16 Likes, Who?

View PC info
Yeah, GamerOS was a somewhat cringe name - always made me think of the "How do you do, fellow kids?" meme except with gamers. So I do get why they were looking for something new.

But at least it was one of the only distros that told you what you were getting with the name - a fairly unique attribute.
Now it's kinda like every other distro.

Something was lost here, but not much gained in its place. Chimera? What does that have to do with gaming or ease of use/setup? It's honestly an even worse name...

Of course, "Gamers bad! Hurrr!"-people will love the change. Whatever.

Quoting: DerpFoxI understand GamerOS is not perfect, but the new one doesn't make any sense at all.

Well, "Gamer" sounds kind of similar to "Chimer(a)" without people immediately noticing it.
2 Likes, Who?

Quoting: DerpFoxI understand GamerOS is not perfect, but the new one doesn't make any sense at all.

Well, "Gamer" sounds kind of similar to "Chimer(a)" without people immediately noticing it.

Chimer? Weren't those the ancient dark elves from Elder Scrolls lore? What do they know about gaming? ;)
1 Likes, Who?

View PC info
AFAIK Chimera name was chosen because is a mix of several separated gaming related tools under the same OS, similar with the what a Chimera is:


QuoteThe term "chimera" has come to describe any mythical or fictional creature with parts taken from various animals, to describe anything composed of very disparate parts, or perceived as wildly imaginative, implausible, or dazzling.

I don't see why the name should be obviously related to gaming, I mean what "Proton" for example has actually to do with gaming? Is just a name, as good as any.
The devs kept a "branding" channel on Discord for a couple of years, where people came up with various suggestions and this is the result.

For the record, I was OK with the name GamerOS, but the vast majority of reactions towards it was negative, so I think the name change is beneficial.
"ChimeraOS" might puzzle some, but is less likely to trigger such strong negative reactions overall as "GamerOS" did.

Ludological 2 Jul, 2021
I quite like the new name. The OS has always been a bit of a hybrid, so it makes sense.
0 Likes

View PC info
I like the name, though I don't think it fits for what is essentially Steam on top of Arch. StarchOS. 😜
3 Likes, Who?

Quoting: dubigrasuChimeraOS" might puzzle some, but is less likely to trigger such strong negative reactions overall as "GamerOS" did.

Probably less limiting for the developers, too, as adding a non gaming feature would seem much less taboo.

There are real Chimeras. Not fantastical at all. It's just... They're plants. There might be others but that's all I can remember from school 20 years ago.
2 Likes, Who?
1/3»
While you're here, please consider supporting GamingOnLinux on: