SPRAWL is yet another promising upcoming FPS that we managed to get some new footage of thanks to the Realms Deep 2021 event, and it's looking really good. Mentioned here on GOL in a previous article, where the developer mentioned their clear plan to release it for Linux (plus a teaser shot of it running on Linux) so we've been itching to see more.

"SPRAWL is a hardcore retro FPS set in an endless cyberpunk megapolis. Escape the walled city and take on the militarized government of the sprawl. Fuelled by the blood of your enemies and a mysterious voice in your head, make your way towards the spire to topple whatever lays within."

From the new trailer below we get a furious soundtrack, wall-running, sliding and shooting, a shotgun so powerful you can jump with it and plenty of action to satisfy our appetites until whenever the release is (there's no date yet). 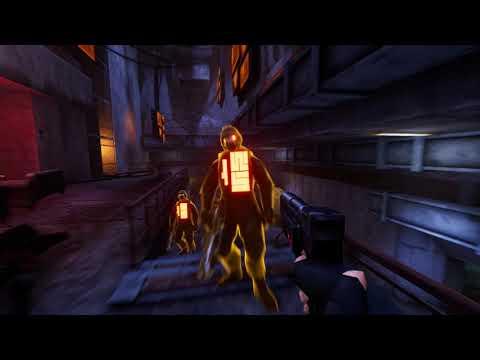 Gosh. That looks a bit good.

Can't recall the last time seeing that. Definitely going on the wishlist!
0 Likes

View PC info
Looks like the first FPS I'll be playing with music on in a long time
1 Likes, Who?
s0la 18 Aug, 2021
Wooow, I have to say I'm quite impressed, and I'm not even fps guy (last time I played fps (well, it might also be my only time) was Return to Castle: Wolfenstein, and that was only until monsters started coming up) :D

Oh, btw, the first was actually Doom 2 like 20 years ago, those were quite a good days :D
0 Likes

View PC info
and it features wallrun too.. one thing I liked a lot about Red Eclipse (and the games that had it before too, but which I didnt play)
0 Likes
While you're here, please consider supporting GamingOnLinux on: