Developer Stephan Hövelbrinks of Crafting Legends recently gave an update on how Death Trash is doing, after it entered Early Access on August 5.

The what: Death Trash features a post-apocalyptic world where cosmic horrors long for humanity but meet punks with shotguns. It combines old-school role-playing, modern action gameplay and player freedom. Create your own character and explore a handcrafted world.

After many years of development, it seems the Early Access release has thankfully done well. Hövelbrinks noted on Twitter how it "sold enough now that it made back its development costs and we can finish it on our own". No major changes planned for now and they're not going to be suddenly upscaling the development - just continuing on as it is. 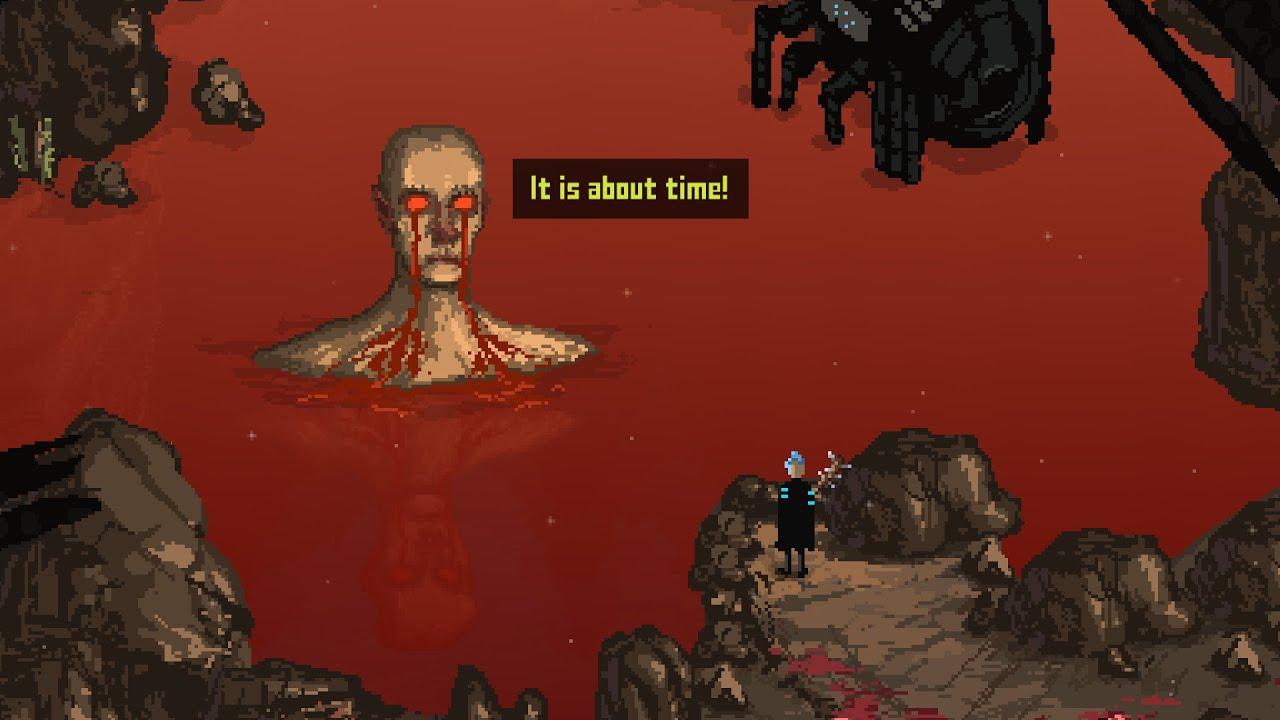 It's nice to hear more success stories for smaller teams recently. Death Trash is another that truly deserves plenty of attention for such fantastic artwork, plus it's completely gross in a number of ways - like the dedicated puke button. For me, I just love the big fleshy creatures and overall weirdness of it.

Eike 17 Aug, 2021
View PC info
I watched you playing it on YouTube and must say the game deserves it! I'm also happy they don't want to suddenly turn it into something way bigger now. Keep up the good work, devs!
4 Likes, Who?

View PC info
Happy Early Access worked for them! Looking forward to getting it once the final version is released.
5 Likes, Who?

View PC info
I plan on picking it up once it exits early access. I am wary of early access these days because I have a half dozen or so titles that never got finished.
4 Likes, Who?

Quoting: PublicNuisanceI plan on picking it up once it exits early access. I am wary of early access these days because I have a half dozen or so titles that never got finished.

I guess we can have good hopes on this one. Still I don't want to begin something when the story is not yet done.
2 Likes, Who?
undeadbydawn 18 Aug, 2021

View PC info
Bought this cos I have a major thing for quirky hellscapes & the lack of gender makes me happy.
I am, however, now deeply wary of buying yet more lo-fi pixel art and hoping to see more games at least aiming for Valheim / The Last Night as a visual standard
1 Likes, Who?

Iggi 19 Aug, 2021
View PC info
I played this at a friend of mine with local multiplayer, and I have to say that I was really impressed with how incredibly well it worked!

The game supports both split screen and playing on the same screen, but for split screen it's also possible to attach a second monitor, with each player using one of them. This mode is declared experimental and indeed there are a few minor problems (like quests only shown on one screen or when joining conversations), but the overall feeling is just amazing! If you can grab a friend: Play it! Locally!

The Linux version including all those strange monitor setups worked rock solid for us.
2 Likes, Who?

View PC info
Nice to see an indie doing well and making progress.
1 Likes, Who?
While you're here, please consider supporting GamingOnLinux on: