Linux Kernel 5.14 rolls out as Linus Torvalds jokes about the 30 year celebrations

Time to put down that cake and try out a new Linux Kernel as Linux 5.14 has been officially released. This release follows shortly after the 30th anniversary of creator Linus Torvalds announcing the project.

From the release announcement Linus Torvalds said "So I realize you must all still be busy with all the galas and fancy balls and all the other 30th anniversary events, but at some point you must be getting tired of the constant glitz, the fireworks, and the champagne. That ball gown or tailcoat isn't the most comfortable thing, either. The celebrations will go on for a few more weeks yet, but you all may just need a breather from them.

And when that happens, I have just the thing for you - a new kernel release to test and enjoy. Because 5.14 is out there, just waiting for you to kick the tires and remind yourself what all the festivities are about.

Of course, the poor tireless kernel maintainers won't have time for the festivities, because for them, this just means that the merge window will start tomorrow. We have another 30 years to look forward to, after all. But for the rest of you, take a breather, build a kernel, test it out, and then you can go back to the seemingly endless party that I'm sure you just crawled out of."

As always from a new Linux Kernel release there's absolutely masses new. For desktop (and the like) fans you can expect to see mainline support for the Raspberry Pi 400, lots of work done for the upcoming Intel Alder Lake, work for future AMD GPUs, Xbox One Controller select and share button support, USB4 improvements, security improvements due to processor security issues, support for Dell's hardware privacy and so on.

View PC info
How Linus knows us, the users. I just slipped out from a ball to do a quick compile. I'd do another, but the guests are starting to ask about me, so have to go back in.

The next toast will be to another fantastic 30 years!
6 Likes, Who?

View PC info
I think that "build a kernel" is the new "keep calm".

now I have to wait till they release some patches I need like futex2... to tuneup this legendary voiture even more

View PC info
Oh yes the festivities!
Linus be like 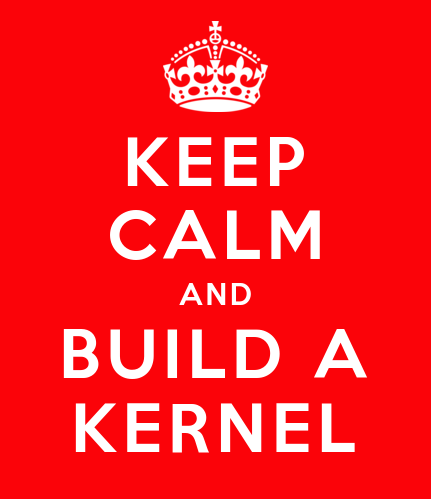 5 Likes, Who?
While you're here, please consider supporting GamingOnLinux on: