Recently a bunch of people from other sites went to Valve's offices for some hands-on time with the Steam Deck and it seems the overall impression was pretty positive.

Like a lot of others, we're in the waiting line for whenever our unit ships early next year so we're currently going by whatever info Valve give out and by what other lucky people think after testing. Obviously Valve are going with the top few PC gaming sites / video content creators to make as big a splash as possible, they're certainly doing massively better on pushing it this time compared with the Steam Machines. With that in mind, we do have a few videos to show from others. 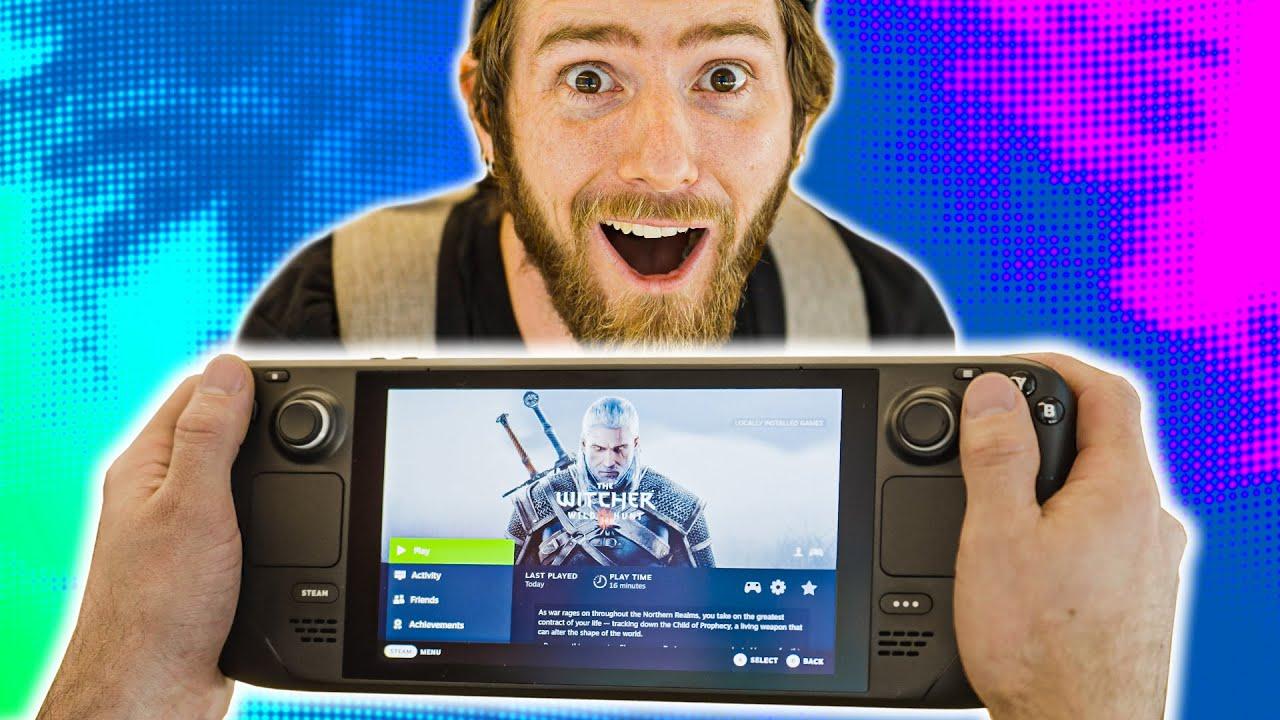 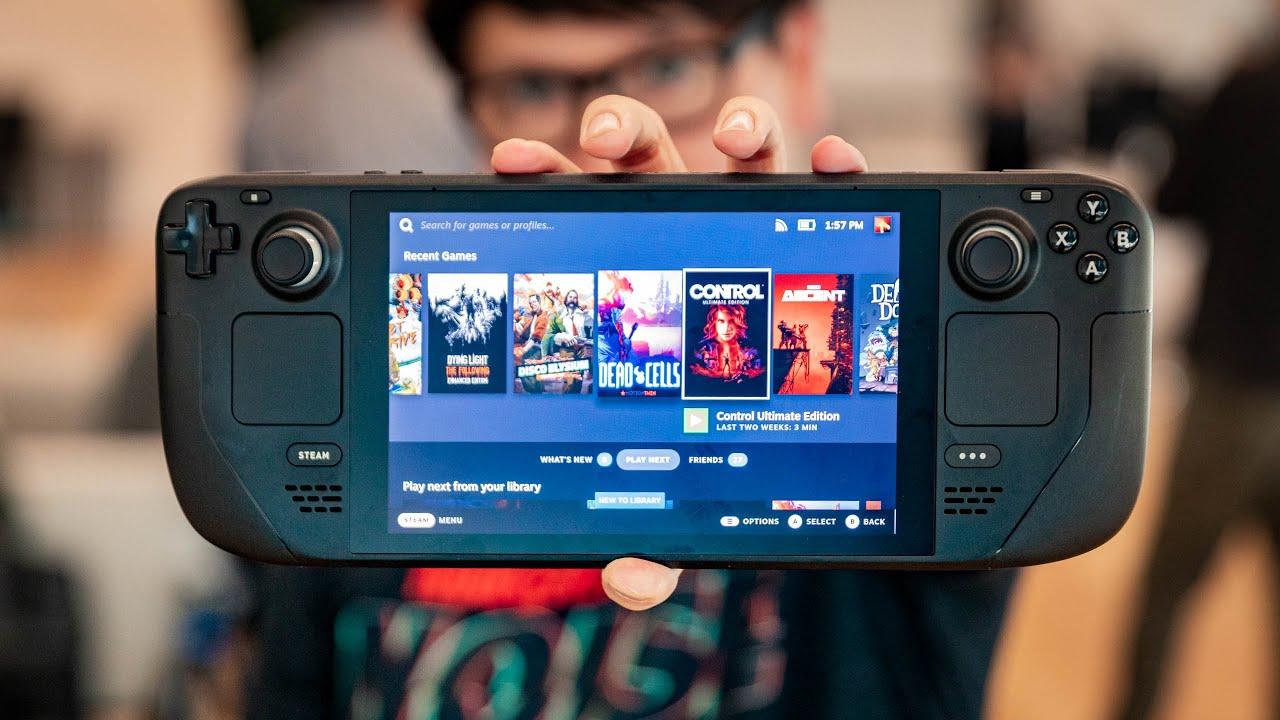 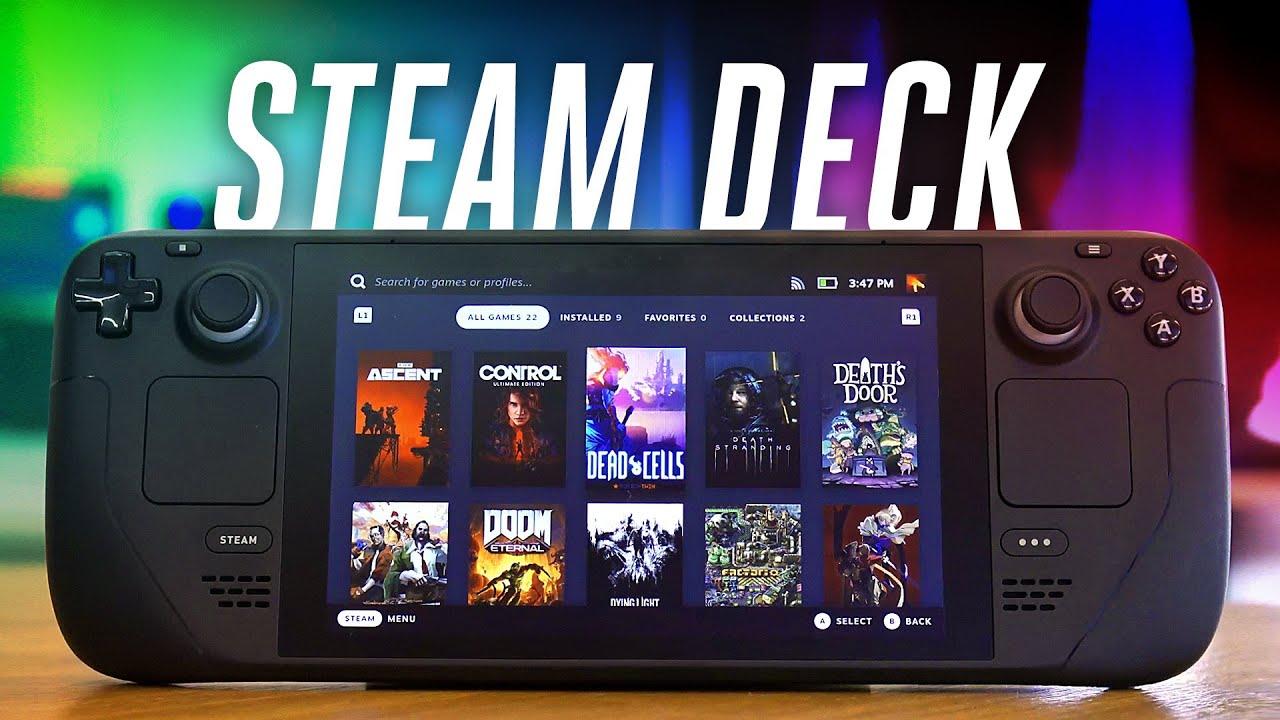 From what's been shown, I'm pretty glad our unit has been reserved at the top-end for the anti-glare etched glass which very clearly makes quite a noticeable difference.

Plenty of comparisons between the Steam Deck and the Nintendo Switch for obvious reasons, with the Deck being a good bit bigger. From the comments it seems it doesn't actually feel as heavy as expected and is pretty comfortable, so at least on the design Valve has done well. Multiple people noted how much nicer the thumbsticks are compared with the Nintendo Switch too, which is a good sign because those are pretty bad.

Nice to see the KDE Plasma desktop mode working well too , with Linus Tech Tips showing how smoothly it popped up when plugging it into a monitor. That is, I think, going to be very fun to see more users and developers interact with a proper Linux desktop and since it seems to "just work" that's another mark in its favour.

Good to see so much positivity around it! Although, each person only got a somewhat limited amount of time, the real test will be regular gamers spending days with it. It's also worth noting that these are still early units in testing so considering none of the software is final yet - it's all a good sign on how much people enjoyed using them.

There's a few more you can find around and it seems when PC Gamer spoke to Valve, they confirmed that there will be some new API that developers will be able to hook into that will tell games if they're being run on the Steam Deck. That sounds really good, as at least then developers can ensure their game will look good on the smaller screen, and gives developers a chance to set some automatic graphics settings for the best experience.

I am the owner of GamingOnLinux. After discovering Linux back in the days of Mandrake in 2003, I constantly came back to check on the progress of Linux until Ubuntu appeared on the scene and it helped me to really love it. You can reach me easily by emailing GamingOnLinux directly.
See more from me
Some you may have missed, popular articles from the last month:
71 comments
Page: 1/8»

View PC info
New API? I wonder, what will it be?
In my impression developers just need to target WIN32 API releasing for Windows and Valve will do the "magic". Well, that and Vulkan is preferable. At least Valve has said as much…
1 Likes, Who?
kuhpunkt 7 Aug

I'm just a bit disppointed that people give Norm from Tested shit, because he dared to call Proton an Emulator. My god... as it that matters. He asked good questions, gave constructive criticism and was even the only one who showed the new OS menu.
13 Likes, Who?

View PC info
I was actually thinking - If Steam Deck becomes a mega-success, and Valve remains reasonable with respect to privacy and respecting their customers, then maybe they could diversify in the future and produce a SteamOS mobile phone. There are so few choices for phones nowadays that aren't glorified spying devices for their Big Tech masters. I would *jump* on a non-invasive, open-technology smartphone *so fast*.
8 Likes, Who?

View PC info
Steam Deck will be great. I have my order of Premium one, and now im waiting :)
It's true, that from all Deck-devices, the Valve's one will be the best one!
1 Likes, Who?

Quoting: Alm888New API? I wonder, what will it be?
In my impression developers just need to target WIN32 API releasing for Windows and Valve will do the "magic". Well, that and Vulkan is preferable. At least Valve has said as much…

Well to be honest in order to fulfil "that will tell games if they're being run on the Steam Deck" that API could be just /etc/os-release :-)
8 Likes, Who?

View PC info
oh FFS .... I an insisting on holding out until the 2nd manufacturing run but damn...
4 Likes, Who?
x_wing 7 Aug

View PC info
It will be a lot of fun to see Windows only users switch to the desktop, open the start menu and discover that they can get what they are looking for when they do a search.
15 Likes, Who?
Vishar 7 Aug

Most Linux DE are more similar to Win 7 than Win10 to Win7 so some Windows user (oldies one that use Win7 by years before win10) may have discover that they like linux more than win10 :P
9 Likes, Who?

QuoteFrom what's been shown, I'm pretty glad our unit has been reserved at the top-end for the anti-glare etched glass which very clearly makes quite a noticeable difference.

For my part, I didn't pick the higher model for the glass or the extra storage. The biggest, prettiest games I'm going to be playing on my gaming rig or streaming from my gaming rig, so storage isn't that big a deal. I strongly suspect that they're making a loss on the cheapest SKU, and only really breaking even on the middle one. Since I'd like everyone selling good Linux hardware to make a profit from doing so, so that they keep doing it, the highest option was an easy choice.
8 Likes, Who?

Quoting: Alm888New API? I wonder, what will it be?
In my impression developers just need to target WIN32 API releasing for Windows and Valve will do the "magic". Well, that and Vulkan is preferable. At least Valve has said as much…

Obviously it can be beneficial for the devs to know the game runs on handheld and perhaps act differently and accordingly given the different form factor. Like not trying to push weird launchers, not forcing keyboard/mouse control schemes or maybe change up HUD to fit better, possibilities are endless what might be needed to provide best experience for Steam Deck users. That has nothing to do with targeting or not targeting WIN32 API. There is already plenty of Steam APIs that devs regularly use that are not part of WIN32 API, go figure.
4 Likes, Who?
1/8»
While you're here, please consider supporting GamingOnLinux on: