Games seem to be getting bigger all the time taking up vast amounts of drive space but what can be done with very little resources? Quite a lot actually as the Quake homage Q1K3 has shown.

Developed for the js13kGames competition, where developers are given one month to create a game with HTML5 / JavaScript and possibly get a prize. The main constraint is that the file size limit for submissions is 13 kilobytes. It doesn't sound like a lot and not much bigger than a blank LibreOffice document.

One clever developer named Dominic Szablewski announced Q1K3 as their entry, which is a first-person Quake inspired shooter and it's actually quite amazing considering just how tiny it is. 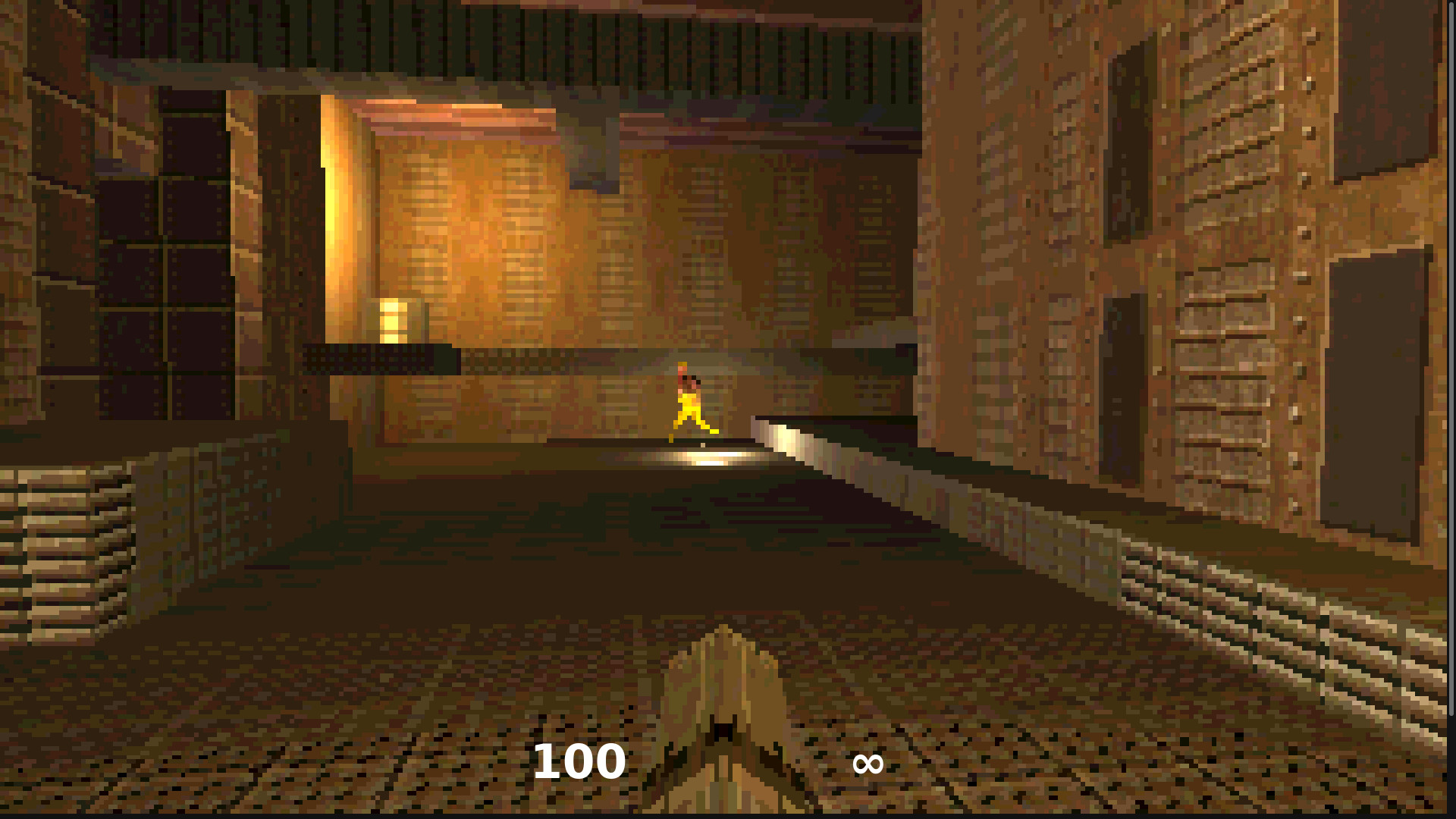 Compared to most modern shooters and all the retro-inspired stuff it doesn’t really compare of course however I can’t help but marvel at it for the achievement. It’s another reason why I love things like PICO-8, the cross-platform fantasy console that give developers many constraints and some great games have been made with it.

You can play it here and see the source code on GitHub. See the entry on the competition site too.

View PC info
So this guy remakes Quake in 13K of Javascript which loads instantly, but some major websites need megabytes in order to display a couple of hundred words of text.

That's not to diminish what is a hugely impressive achievement to fit any game of this type into 13K, regardless of the format. There weren't many decent games on the ZX Spectrum that didn't need the 48K expansion. Then again, it wasn't really fast enough to do much in the way of procedural generation (although some people tried it; people tried virtually everything on the Speccy), and I imagine there's a lot of that going on here.
5 Likes, Who?

View PC info
That puts .kkrieger to shame!
3 Likes, Who?

Quoting: DuncSo this guy remakes Quake in 13K of Javascript which loads instantly, but some major websites need megabytes in order to display a couple of hundred words of text.

Are there any "major" web sites that actually don't?
The more "major" it gets, the more the Web is broken.
Looking at the game industry, I can definitely see the parallels. Suffice to say, a part of me hopes there will never be a year of the Linux desktop, we're already in very dangerous waters. The masses next door cheering for kernel mode anticheat? You got to be kidding me... and unless I stop right now, I will go on ranting for hours.
0 Likes

View PC info
It is impressive, but TBH I am far more impressed by how cute the dogs look like this :D Nice work from artistic point of view too!
0 Likes

Now I wan't to go watch a bunch of Amiga demos and 4k from years gone by. Polka Brothers FTW
1 Likes, Who?
commonoddity 24 Sep, 2021

Beat me to the punch. Was about to remark about how oddly reminiscent this is of the demoscene and the likes of Farbrausch. I've always felt that the scene's death (not to be confused with the end of its golden age- that I agree has passed) was rather exaggerated.

Although I can't quite agree that this puts .kkrieger to shame. The ridiculously brilliant ingenuity that carved out that slim chunk of code is hard to beat.
1 Likes, Who?

Quoting: valguskIt is impressive, but TBH I am far more impressed by how cute the dogs look like this :D Nice work from artistic point of view too!

And somehow a little scary too...
0 Likes
While you're here, please consider supporting GamingOnLinux on: