Brawlhalla to get Easy Anti-Cheat, dev puts up Beta with EAC working on Linux with Proton

Blue Mammoth Games announced that later in October that the platform-fighter Brawlhalla will be getting Easy Anti-Cheat. Thankfully, they've put up a Beta for Linux users playing it on Steam Play Proton and it works.

Easy Anti-Cheat is not yet in the main version which works as normal but once they do put it live for everyone, it would have blocked Linux players using the Windows version with Steam Play Proton. When asked on Reddit, a developer mentioned this:

Thank you for the information on this. Our intent is to support as many people as possible and this should be configured correctly to support Linux. If you are able to, please use the tech-test Steam beta and check to see if EAC loads correctly. Thanks!

Testing the tech-test Beta it myself today with Proton Experimental, it does in fact work just fine and Easy Anti-Cheat is correctly loaded. When looking in the file located here (exact location depends on your Steam Library setup) "steamapps/compatdata/291550/pfx/drive_c/users/steamuser/AppData/Roaming/EasyAntiCheat/service.log" it notes this nice and clear: 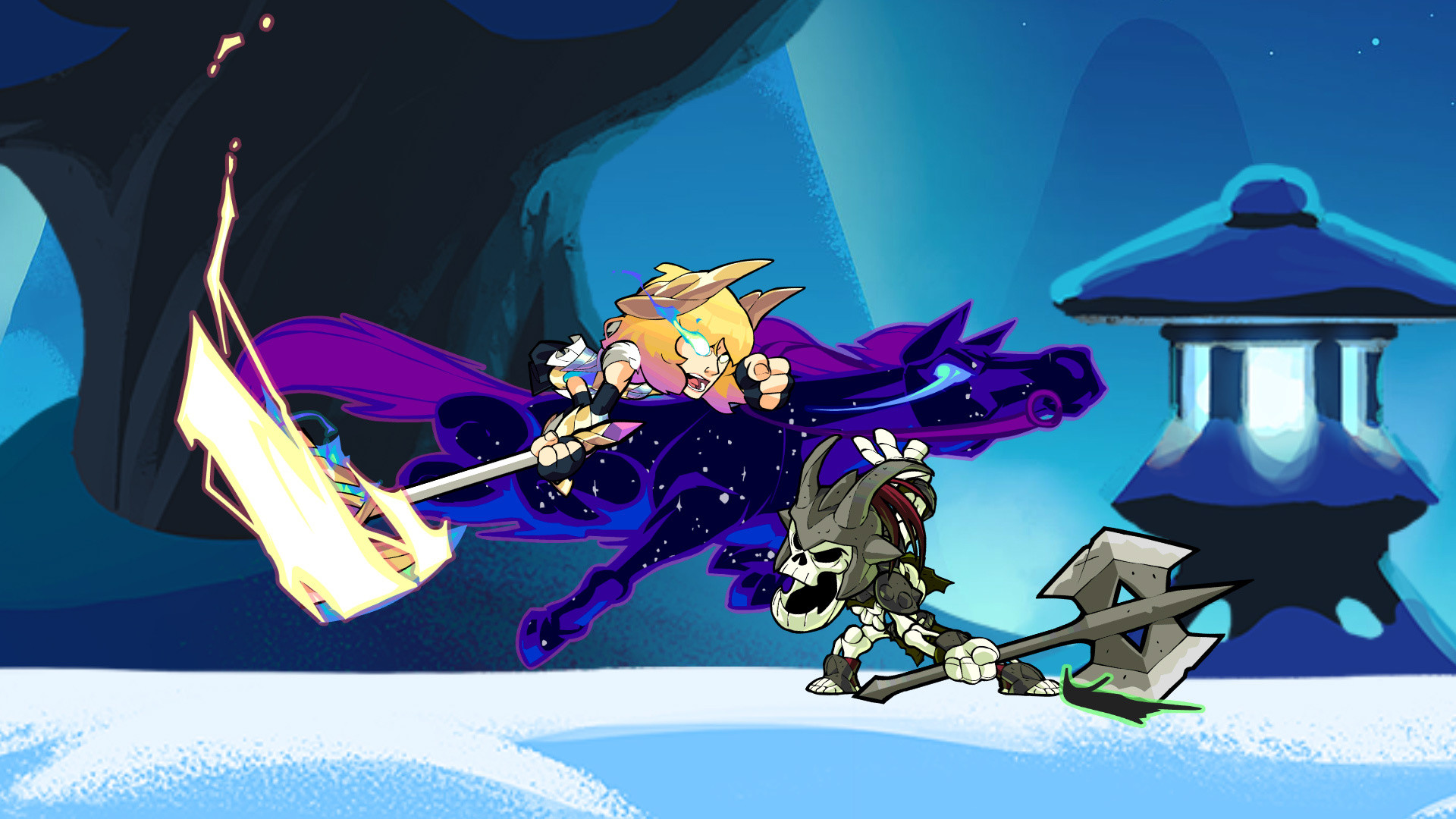 So once Blue Mammoth Games roll out the EAC update for all players, there should be no issue continuing to play it on Linux with Proton.

How difficult is it then for developers to upgrade to a newer version of Easy Anti-Cheat to get the Proton support working for Linux players? Epic originally said it was "just a few clicks" but the reality is a little different. Developers need time to test it of course. When asked about it this developer said:

The steps are to upgrade to EOS SDK 1.17 (released September 23rd) and then enable a client module for Linux. I suspect you'll see more games with support over the next few months, especially with Steam Deck being Linux based. Most developers have longer patch timelines than we do.

All good news then, especially since Brawlhalla is a popular game that sits firmly in the top 100 on Steam.

I am the owner of GamingOnLinux. After discovering Linux back in the days of Mandrake in 2003, I constantly came back to check on the progress of Linux until Ubuntu appeared on the scene and it helped me to really love it. You can reach me easily by emailing GamingOnLinux directly.
See more from me
Some you may have missed, popular articles from the last month:
23 comments
Page: «3/3
JolteonShapeshifter 19 Oct, 2021

Quoting: F.UltraServer side checks however is a major performance pain, having it client side means perfect load balancing. So it's not only about being "lazy", it has a real impact on the number of simultaneous clients you can have per server.

There isn't really a need to run the checks in real time or on the same server as the game's logic. In fact it's probably a pretty poor idea to validate every action synchronously as it would lead to horrible game experience in most scenari due to network latency. It would also let cheaters know exactly what was detected or not.

The correct approach to server side anti-cheat is to analyse information statistically to find outliers and then determine whether these outliers are just good players or cheaters (using human validation if necessary).

Let's imagine a cheat letting you fire a weapon faster than intended and let's say the server records every hit. That's all we actually need. After each game the server can ship that game's record off to our anti-cheat analyser. The analyser looks at all hits recorded and find that player A has over 10 hits within 5 seconds with a 10 second reload weapon, player A gets banned.

Better yet, proceeding this way lets you detect cheats that may be invisible to normal players. If your 10s reload gun reloads in 9.75s that's an advantage but nobody will notice it with certainty. If it happens once, it could be chalked up to some weird lag compensation or chance. However if a player consistently reloads ever so slightly faster than possible, a machine will catch it over time.

In short: you should think of server-side anti-cheat as some sort of replay watcher/analyser bot, not a validation of every keypress in real time.

This approach I like! Of course it requires analysis of quite a lot of data since even with a "low sample rate" there will still be quite a lot of events to go over for each session so I think that this is still not something that every single small studio can handle, but then again a 3d party expert could sell this as a service.

It does sound like a better way to do it than traditional server-side equivalents, but doesn't solve the problem that the instrumentation needs to be built into the game engine and the anti-cheat service needs to either be bought or developed. There will always be (a majority of) game devs who take the easy/quick/cheap way out and rely on a client side solution, often added as an afterthought.

What about a dual system for anti cheat? Client and Sever. (Though apparently a lot of games do sorta do this already, and it's still a bit ehhhh). Or suing the cheat sellers/hosts to destroy some of the source, since most cheaters are script kiddies.

What would be quite funny is if a developers made a fake cheat, that weakens the cheater ingame, announces that they cheated and makes then a target (with a verse wall-hacks) ingame to everyone on the server (with their account being pushed to cheater matchmaking/servers).
0 Likes

Quoting: hell0They had cheaters before using EAC, they have cheaters after adding EAC, they will have cheaters from every OS until they implement server-side counter-measures (or the game loses enough players to no longer warrant cheat creators to bother any more).

Well, or until services like Stadia become popular enough. The anticheat software is gonna be Google, which already knows all we do, se we won't even need extra software

0 Likes
« 1«3/3
While you're here, please consider supporting GamingOnLinux on: