Aeon Drive stars Jackelyne, a space ranger desperate to get home. Voiced by actress Kira Buckland, who is best known for the voice of 2B in Nier: Automata, Reimi Sugimoto in JoJo's Bizarre Adventure: Diamond Is Unbreakable, Trucy Wright in the Ace Attorney series, and Hiyoko Saionji in the Danganronpa series (and a lot more). Armed with a power sword and teleportation dagger, Jackelyne must dash through the neon-infused metropolis of Neo Barcelona, using time and space-bending abilities to find all the drive cores to fix her ship - and save the city from doom. 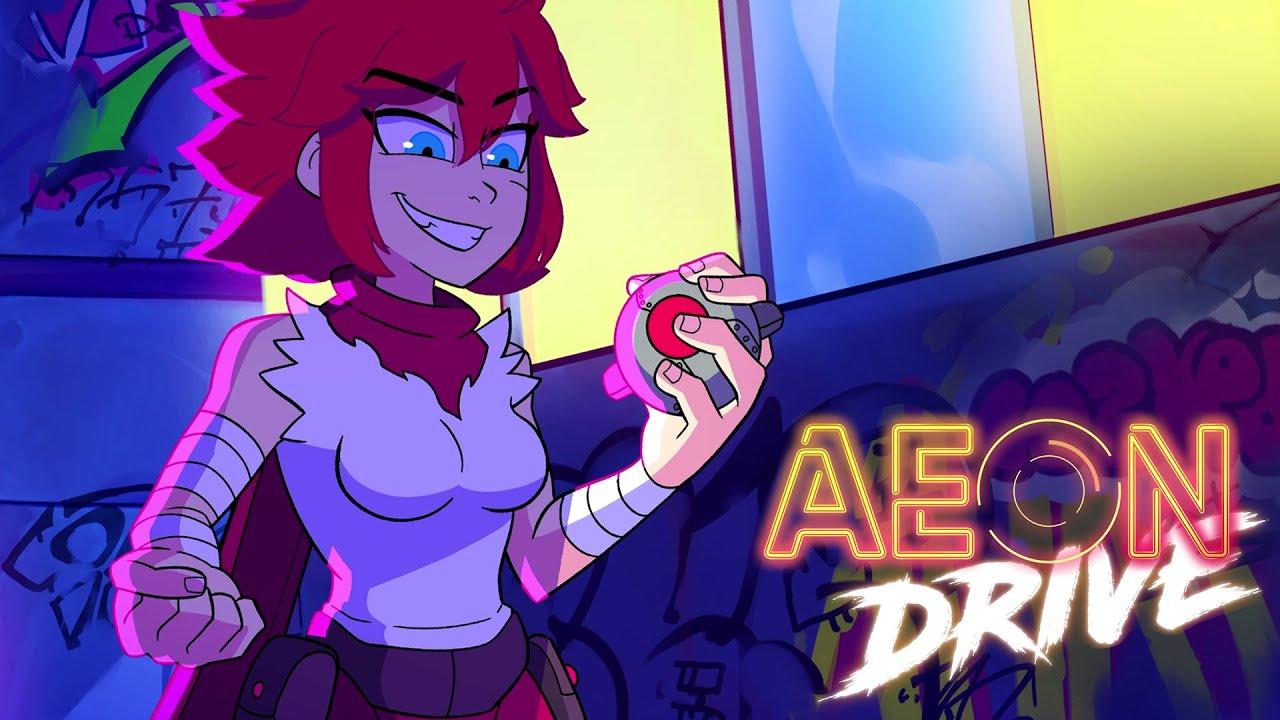 You can buy Aeon Drive on Humble Store and Steam.