Caves of Qud is a roguelike we've been writing about for years now and it continues to be one of the best modern iterations on the classic gameplay style. A huge new stable update just went out making it better than ever, for all types of players. Some of the big changes have been available in a Beta on Steam for a while but now all players get it.

The Palladium Reef update is out and not only does it bring new late-game regions for long-time players, it also makes it easier than ever to get into. Freehold Games have added in new game modes to suit different types of gamers: 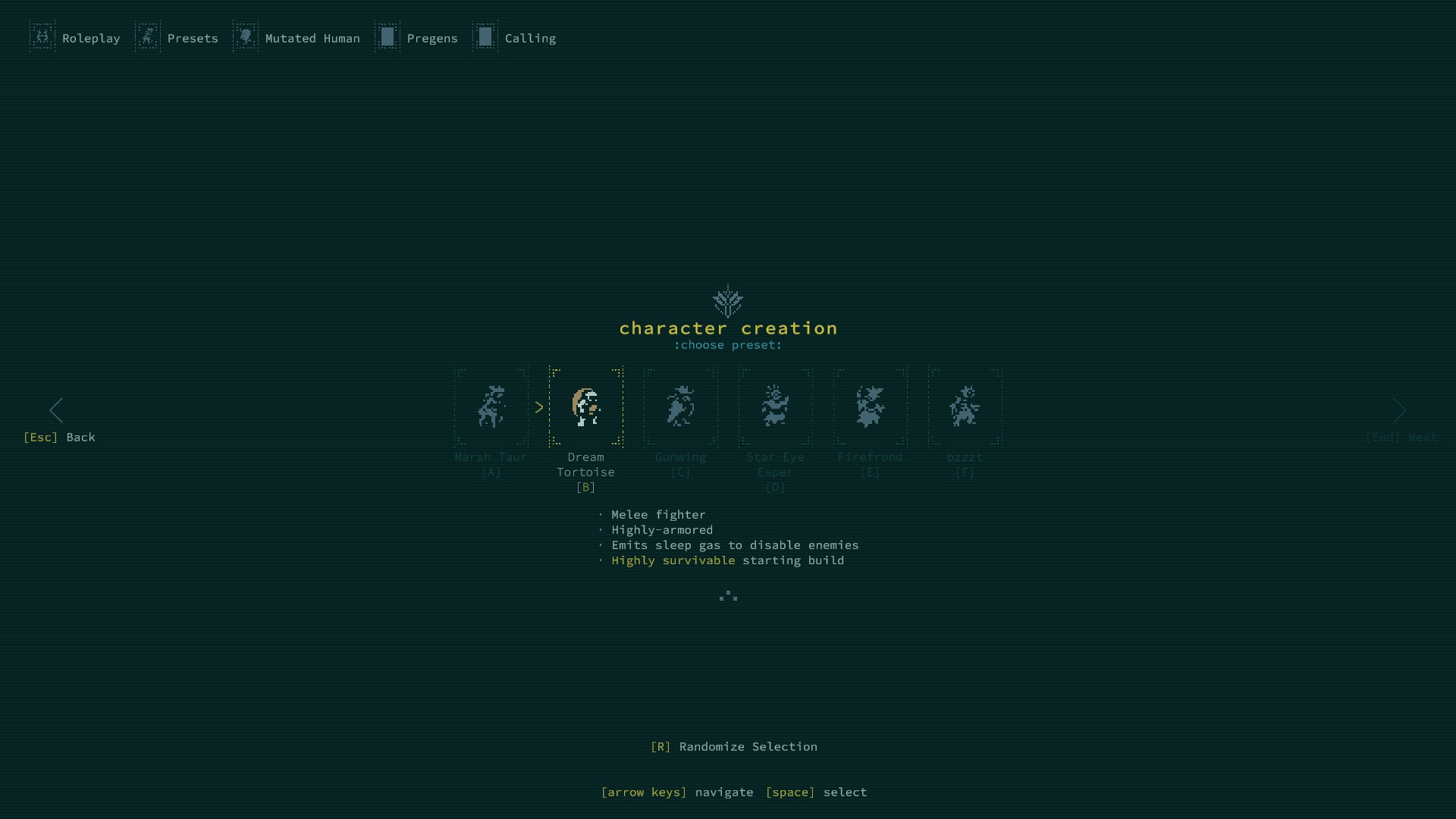 Completely changing the way you can play a game is huge, especially for a game as unforgiving as Caves of Qud can be. There's a huge amount of lore and places to explore, that getting to see it all can be a ridiculous challenge but thanks to modes like Roleplay and Wander, you can do so massively easier than before.

Making your character is also a lot clearer and just better, with a whole new user interface that works with both mouse and keyboard which improves the accessibility dramatically. It's highly moddable too, so it will be fun to see what the community can do with it. Not only that there's new ways to jump in quickly with nine preset character builds with their own tiles and they're fully customizable as well.

Outside of that there's the two new late-game regions, a new two-tiered settlement with many new NPCs, two new factions, a new side-quest, the Rainbow Wood was expanded and is now more dynamic, there's new plans, new plant-like animals, tons of new items and the list just goes on forever.

You can purchase a copy from GOG, itch.io and Steam.

Migwell 26 Oct
They seem to have finally pushed controller support to the full version of the game. It was in beta for ages, but it's now appearing on the Steam sidebar so I'm happy!
0 Likes

Quoting: MigwellThey seem to have finally pushed controller support to the full version of the game. It was in beta for ages, but it's now appearing on the Steam sidebar so I'm happy!

Maybe they are making sure it works on the Steam Deck.
0 Likes

View PC info
I wonder when the game will be finished, it's in EA for ages.
0 Likes

View PC info
I'm glad to see the other gameplay modes being given at least the same prominence as permadeath. I've said it many times, but I think that's a poor fit for the game outside the daily challenges (and up until now, the weekly) and is more an artifact left over from its roguelike roots than something that adds to the experience.

Been a long while since I've played, so loads of changes have piled up. It'll be a lot of fun going back in and getting to experience it all at once. Well, eventually at least. I need to work through my current Stardew obsession before that happens.
1 Likes, Who?
Samsai 26 Oct

View PC info
Might need to start a run on the Roleplay mode at some point when my Saturday stream slot opens up again. Would be nice to at least make it past Bethesda Susa one day. :D
1 Likes, Who?

Quoting: CyrilI wonder when the game will be finished, it's in EA for ages.

Some games are not meant to "be finished". They just grow and evolve, for as long as someone cares about them.

Quoting: CyrilI wonder when the game will be finished, it's in EA for ages.

Some games are not meant to "be finished". They just grow and evolve, for as long as someone cares about them.

Yeah I agree with that, but meanwhile the game could leave Early Access state and still provides a lot of content updates, many games do that.
0 Likes
While you're here, please consider supporting GamingOnLinux on: