Heroes of Might and Magic II game engine recreation fheroes2 v0.9.8 out now

Play the classic Heroes of Might and Magic II thanks to fheroes2, a fantastic game engine recreation project allowing you to play it cross-platform and it's open source.

Much like other similar reimplementations including OpenMW, openXcom, OpenRA and more it aims to reproduce the original game but give many enhancements to how you play and interact with it like improved AI, bug fixes, UI improvements and more. 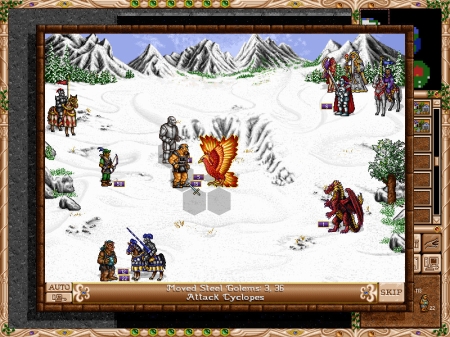 The fheroes2 0.9.8 release highlights include:

View PC info
I never played any Might and Magic games. Might give this a shot next year though - perfect Steam Deck material!
2 Likes, Who?

Quoting: scaineI never played any Might and Magic games. Might give this a shot next year though - perfect Steam Deck material!

I never played Might and Magic ones neither but I can strongly recommend playing the "Heroes" ones.

View PC info
I started M&M with Might & Magic III. At the time I found I became really engaged in the M&M universe!
2 Likes, Who?
Purple Library Guy 6 Oct, 2021

Quoting: robvvI started M&M with Might & Magic III. At the time I found I became really engaged in the M&M universe!

Quoting: Purple Library GuyI'm more of a Smarties man, myself.

I tried them but the graphics weren't as good.
2 Likes, Who?

Yes, it works.
0 Likes
While you're here, please consider supporting GamingOnLinux on: