Try out the new demo for the RTS game TFC: The Fertile Crescent on Steam

Available now until at least the end of EGX on October 10, you can try out the new demo for the Bronze Age RTS game TFC: The Fertile Crescent on Steam. This is the Steam version of the popular free game available on itch.io, with the Steam version planned to have many enhancements over the original.

TFC is a classic base-building RTS inspired by the struggles of growth, advancement, and conquest in the cradle of civilization. Establish your village near fertile lands, and balance your food surplus against the size of your civilian and military might, as you build your village. Think of it kind-of like a pixel-art Age of Empires but with some unique mechanics. 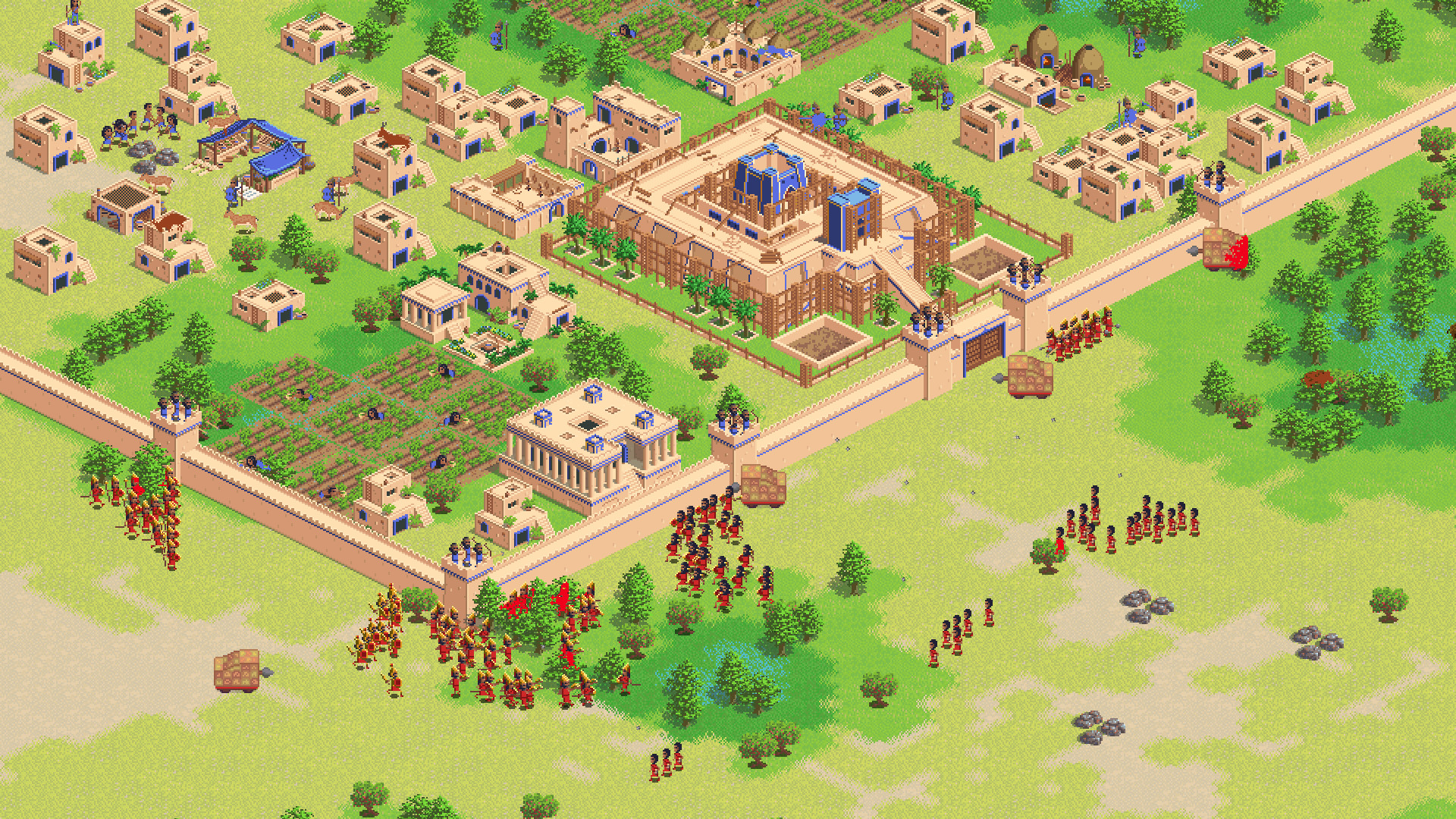 If you've not tried the (now older) free version on itch.io it's well worth a shot to get a true feel for it. Unlike other RTS games that are similar, food is not just to produce new troops or villagers. Here it's a constant need and running out can be a big disaster. There's multiple ways to victory too, not just crushing you opponent through military might. You also need fertile land for farms to keep them going but then some of that is taken up by digging for the resource clay. There's a lot you have to think about.

Plans for the Steam version include new content, additional game modes with a roguelike Conquest Mode mentioned, updated graphics, full multiplayer and lots of other overall improvements. So they're taking an already great game and just building it up bigger and better for a commercial Steam release. Safe to say I'm excited!

Try out the new TFC demo on Steam.