APT 2.3.12 package manager released, will no longer let you break everything

After the issues that happened with Linus from Linus Tech Tips breaking Pop!_OS during the switch to Linux challenge, the APT package manager has been upgraded to prevent future issues happening.

We covered the problem in our previous article, where System76 were going to apply their own fix to prevent a dialogue appearing that allowed users to end up removing essential packages. At the same time, System76 were also talking with the APT team to get an official fix and one has now been created and released with APT 2.3.12.

The issue shouldn't have come up often, and was the result of the Steam package breaking, with APT in terminal mentioning lots of different things that could easily confuse users. To continue you needed to enter "Yes, do as I say!" to progress, which you should probably never do since the warning was there for a reason - essential packages being removed. 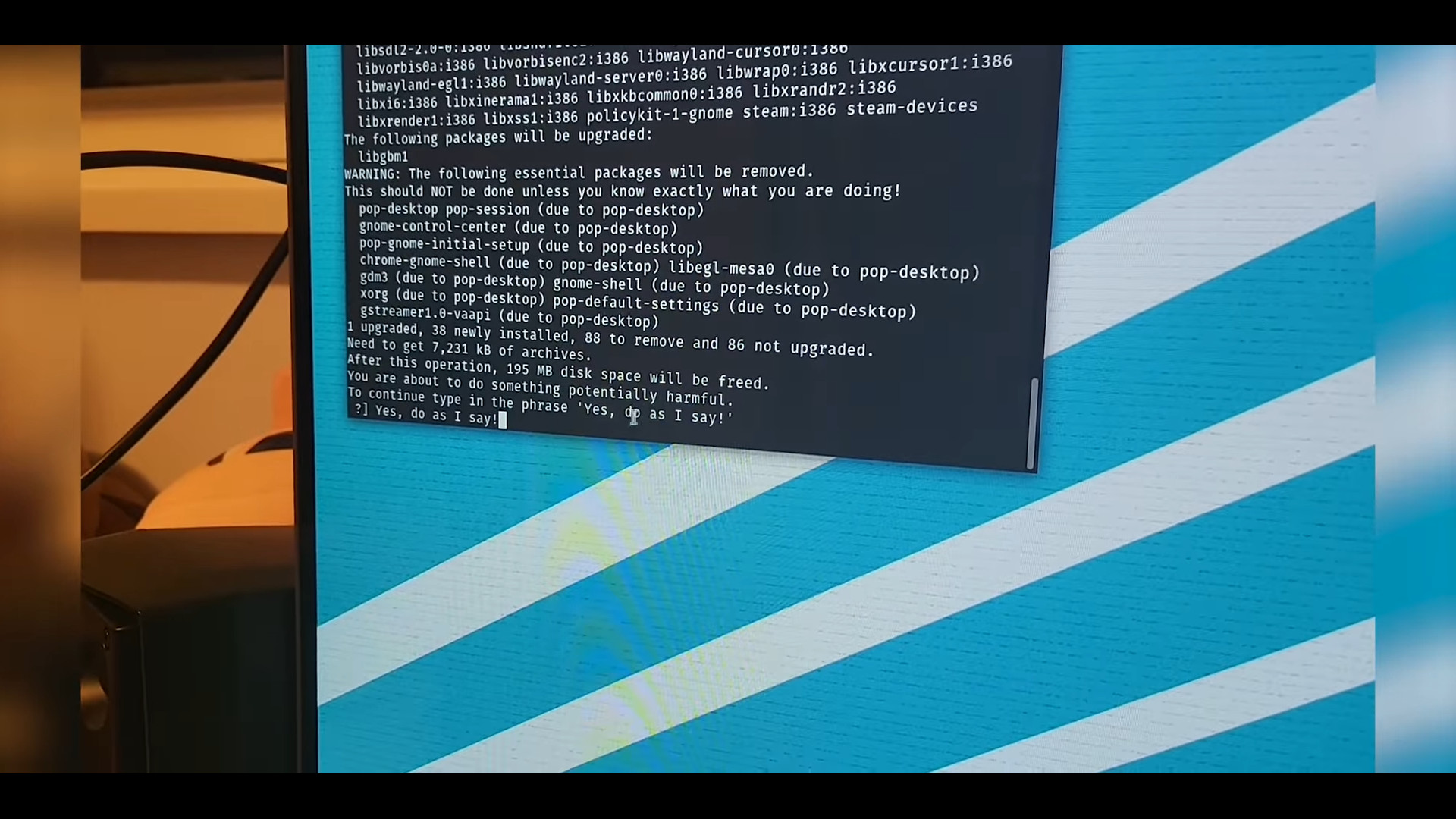 Now, that option has been removed and APT will no longer have its solver attempt to remove essential or protected packages, so any dependency problem needs to be resolved manually. As a result your package won't install, remove or upgrade if there's conflicts but at least you have an actual working system. It can be overridden still but it won't tell you explicitly how to do so in the error messaging to prevent people just doing it anyway again.

Looks like Pop!_OS is already readying to bring in the changes. It's likely other distributions using APT will follow during their regular update patterns.

I am the owner of GamingOnLinux. After discovering Linux back in the days of Mandrake in 2003, I constantly came back to check on the progress of Linux until Ubuntu appeared on the scene and it helped me to really love it. You can reach me easily by emailing GamingOnLinux directly.
See more from me
Some you may have missed, popular articles from the last month:
83 comments
Page: «9/9

Quoting: Purple Library GuyOh, come on. We know about this particular happening because it was a famous youtuber doing a live test session. Who knows how many trees fell in the forest but nobody was making a video of them?

But it was also a somewhat freak occurrence--the package failed in such a way that doing a perfectly normal command was going to cause this (if you were somewhat overconfident in your approach). That is not normal, but non-normal things happen and this one did. The package really was that way, this was acknowledged. What do you figure, Linus bribed the packagers or the Pop!OS people to screw up the package so it would cause that error?

If you're right, this would be a testament to people's double standards. If this happens to someone unknown then the answer is "next time you should read the warnings". When it happens to someone famous: "Oh, PopOS has a bug". Add to this that System76 seems to be building a reputation of blaming others for their faults, and then you have "Oops, APT has a bug". In this case they couldn't blame a famous youtuber that could make them look like shit in front of many potential users if he wanted.

Yeah, this was specifically a bug in PopOS' Steam package. Apt didn't have a bug. It acted exactly how it should have given the circumstances of a conflicting package and the user telling it to go ahead and do 'potentially harmful' things to their system.
The 'wall of text' was all of the packages being added and removed. That many changes and the warning should have prompted the user to READ what was about to happen. But as Linus likes to drop things, he dropped the ball and typed in the magic words to do harm to his system.
0 Likes

Quoting: AshenPaladinI don't know if Linus was playing a role

Given that in the second video in the series out today he admitted to blindly trying to use apt on his new Manjaro system without realizing it uses pacman instead, I'm going to go with "not playing a role".

Quoting: AshenPaladinI don't know if Linus was playing a role

Given that in the second video in the series out today he admitted to blindly trying to use apt on his new Manjaro system without realizing it uses pacman instead, I'm going to go with "not playing a role".

Yeah, that cracked me up. I also watched a reaction video where he tried what Linus did, as he said somehow the ap-get line kept repeating... he couldn't get it to do that.

I have been curious about wikis still using apt-get instead of apt. I know some were not liking that it simply wasn't 'apt install' like you have 'yum install' as 'apt-get $packagename' made more sense to them than 'apt-get install $packagename' and they hated Debian for that... but I keep telling them that was when people recommended 'aptitude install'. Apt as a simple command has been around a long time, I believe apt-get sticks around only for legacy wikis...
1 Likes, Who?
« 1«9/9
While you're here, please consider supporting GamingOnLinux on: