ChimeraOS is a Linux distribution aimed at gamers who primarily want a more console-like big-screen experience. A new release with ChimeraOS 28 is now available.

With this fresh upgrade it comes with some freshened up internals like Linux Kernel 5.15.5, Mesa 21.2.5, NVIDIA 495.44, RetroArch 1.9.13 and updates to their own built-in apps and tooling. Additionally there's now improved support for Xbox controllers connected via Bluetooth, an issue with the chimera app server crashing under certain conditions when loading MangoHud configuration files was solved and they also fixed an issue with the system updater which could result in an unbootable system under certain conditions. 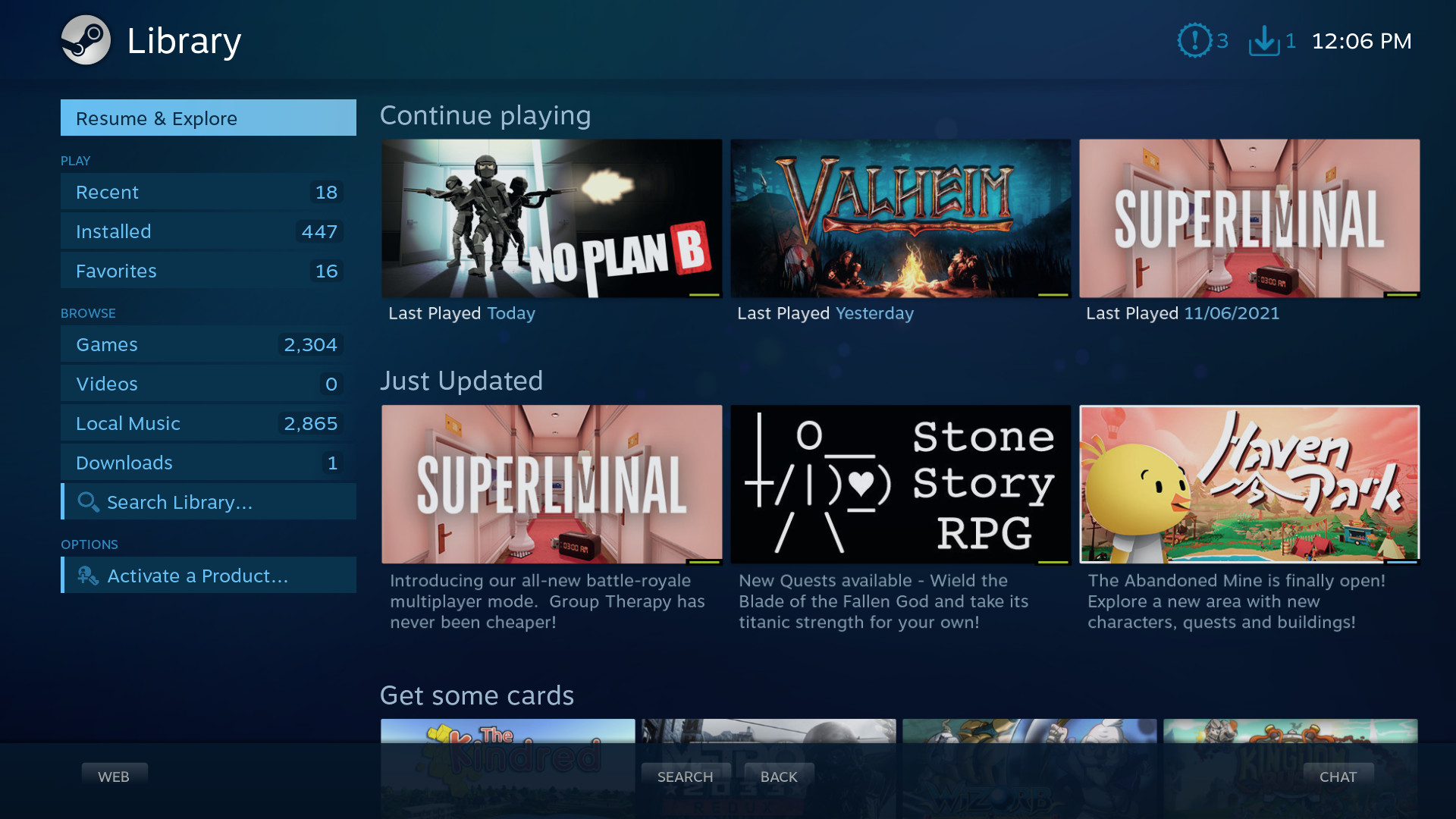 What will be interesting to see is what happens with ChimeraOS once SteamOS 3 gets released. Since we know Valve will be releasing it as a standalone system, just like they did before and it will come with the new Steam UI that will replace Big Picture mode.

Steam OS 3.0 will be a failure if it doesn't come with another Valve software with the number 3 in the name.
0 Likes

Steam OS 3.0 will be a failure if it doesn't come with another Valve software with the number 3 in the name.

I'd love Valve to release Half Life 3 just on Linux. They did say no Steam exclusives so that would still be true.
0 Likes

ShabbyX 7 Dec, 2021
View PC info
I'd guess chimera would adopt steamos3's interface, but I think it's still an improvement over steamos. For one, you can install games outside steam (like stepmania) and chimera takes care of integration with steam itself.
0 Likes

CFWhitman 7 Dec, 2021
View PC info
So the next time I turn on my Aya Neo I expect to see this update. So far, ChimeraOS 27 has been easily the most seamless Linux experience on the device. I'm hoping that continues with 28. There is a good chance I will try out Steam OS 3 once it becomes available, since it is expected to be more flexible. However, if no work goes into making the Steam OS experience seamless on Aya Neo hardware, it may turn out that I keep ChimeraOS on the device, since they put work into the Neo specifically.

Edit: I ended up having to reinstall completely for this update to work. To be fair, they warned that this could happen in the release notes.

View PC info
I'm a fan, ChimeraOS really filled in the gap when Valve kinda just let steamos 2 die. If you have a TV based gaming setup this is the way to go, super simple to setup and everything kinda just works out of the box. Was really impressed with the work they've done.
2 Likes, Who?

View PC info
Anyone know if they added Secure Boot yet? Would make it simpler to install on all the things.
0 Likes
While you're here, please consider supporting GamingOnLinux on: