Wrought Flesh is a delightfully grotesque new FPS out now

Wrought Flesh is a game where you not only eat your enemies corpses to regain health, you also harvest their organs to place inside yourself to gain improved character stats. Totally grotesque and awesome.

"Rip out enemies organs and equip them in your own body. Fight biopunk monsters and drugged-up space bandits. You are a Gajeshian Cultist: A near-mythological being built from the bodies of long-dead saints. You have arrived on the partially terraformed planet of Chrisembourgh on a temple-ordained mission to find and kill someone. Explore the planet and trace your victims steps to the end." 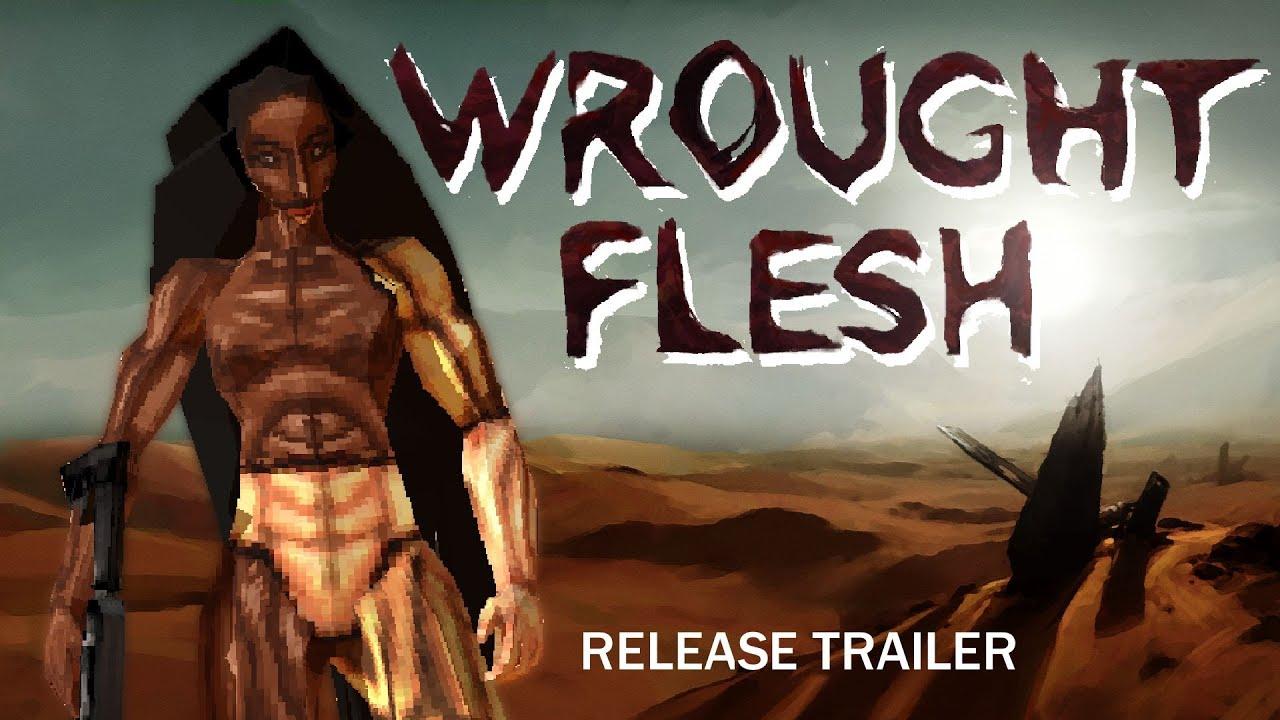 Another retro inspired shooter with low-poly graphics but it leans into it nicely. It's hard not to love a game that gives you a literal finger-gun, lets you eat enemies and has a power-up named "KillFuck" that speeds up your reactions to give the feeling of time slowing. Even grosser though is swapping around organs from downed enemies, which you will need to do as they decay inside you over time. Each organ gives a boost to something like health regeneration, max health, speed and more.

With the unique character building system, along with the wild setting it's one not to be missed. Especially so if you love fast-paced experiences because wow - it's ridiculously fast. You're going to need those KF injections to slow things down constantly because everything moves like Sonic.

Sadly short though at only around 2 hours, depending on how long it takes you to stop dying. I need more! Seems it's done reasonably well too, with a Very Positive rating on Steam from close to 200 reviews.

Nice to see more games made with Godot Engine which has fantastic Linux support.

We do often include affiliate links to earn us some pennies. We are currently affiliated with GOG and Humble Store. See more here.
About the author - Liam Dawe
I am the owner of GamingOnLinux. After discovering Linux back in the days of Mandrake in 2003, I constantly came back to check on the progress of Linux until Ubuntu appeared on the scene and it helped me to really love it. You can reach me easily by emailing GamingOnLinux directly.
See more from me
Some you may have missed, popular articles from the last month:
2 comments
PublicNuisance 14 Dec, 2021

View PC info
It's also available on Itch.io for those that prefer that.

Quoting: PublicNuisanceIt's also available on Itch.io for those that prefer that.

Thanks, added.
0 Likes
While you're here, please consider supporting GamingOnLinux on: