Valve continues to tweak more of their games ahead of the Steam Deck release in February and their focus now appears to be on CS:GO with a fresh update out.

A few more Steam Input improvements came for controllers, with their newer "FlickStick" mode enabled in the game options instead of the Steam Input Configurator and there's also refinements to the behaviour. For those not aware, FlickStick created by Jibb Smart is in essence a quick way to turn to face any direction in a game, allowing you to be more accurate and speedy with gamepad sticks. Valve added support for it to Steam Input directly in 2021, now it has better native support in CS:GO. 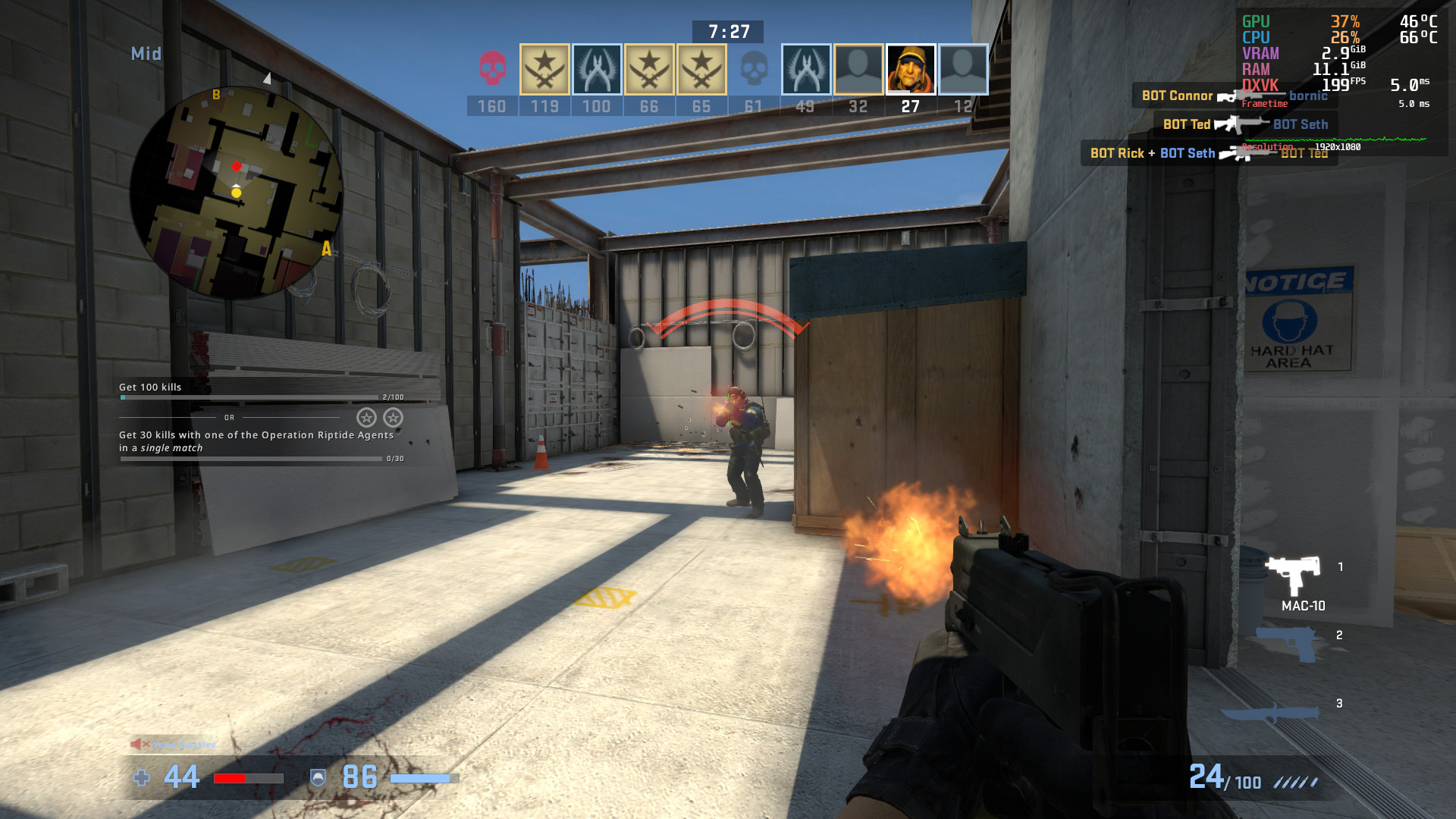 For the Vulkan support, it was originally introduced in experimental form in CS:GO on December 14 - 2021, and it's not clear what updates have been done in the January 17 - 2022 update, as the team simply mentioned again that CS:GO now has Vulkan API support which you can enable by adding "-vulkan" as a launch option for the game on Steam. Presumably this will be the default for the Steam Deck to ensure smooth performance. This is using the DXVK-Native project.

You can play CS:GO free on Linux from Steam.

View PC info
As a frequent CS:GO player, I have to admit that the recent updates really are doing a great job. After initial micro stutters on the Vulkan renderer, it's now butter smooth and delivers a nice FPS boost. I'm very happy with Valves current work on the Linux platform (not counting the render update fail a few weeks ago

Quoting: ryadAs a frequent CS:GO player, I have to admit that the recent updates really are doing a great job. After initial micro stutters on the Vulkan renderer, it's now butter smooth and delivers a nice FPS boost. I'm very happy with Valves current work on the Linux platform (not counting the render update fail a few weeks ago

Just tested it for 5 minutes, still stuttering for me. I think less than before with a good FPS gain but still not acceptable in competitive.
1 Likes, Who?

Quoting: BogomipsJust tested it for 5 minutes, still stuttering for me. I think less than before with a good FPS gain but still not acceptable in competitive.

I only play long matchmaking games and have barely any stutters. But I remember enabling the texture streaming option in video settings, which made it better in the beginning. Don't know, if this has any positive or negative effect now, though.
0 Likes

View PC info
It runs worse with my GTX 970 than with OpenGL. Fewer FPS, less smooth, occasional stutters. But already better than when it was introduced at the end of last year.

I'll stay with OpenGL for the time being. It may be that it runs better on AMD hardware or newer cards.
0 Likes

Quoting: BogomipsJust tested it for 5 minutes, still stuttering for me. I think less than before with a good FPS gain but still not acceptable in competitive.

Getting rid of stutters typically requires playing a full game on all maps, ideally against human players who use agent skins (instead of bots which never use them).
1 Likes, Who?

View PC info
Tried it on two different distros using mesa on my 5700xt and got instant crashes. I'll have to do some more investigating, but if anyone has a suggestion I'd appreciate it.
0 Likes

Sundragon 30 Jan
View PC info
Vulkan mode on Sway in native wayland mode is still having the same issue portal 2's vulkan renderer did. :( Won't go any higher than 1080p even if I try to force 1440p in launch options. Works fine when I set SDL_VIDEODRIVER=x11

Then again native wayland support kinda has to be forced by preloading system installed SDL libraries so that's already not going to have entirely expected outcomes, but still.


Last edited by Sundragon on 30 January 2022 at 1:59 am UTC
0 Likes
While you're here, please consider supporting GamingOnLinux on: