One of the major annoyances previously was the login system, that used an external browser and needed some copy / pasting to actually get in. That's been replaced with a new system that directly interfaces with the Epic Store making it much simpler to get going. There's also a new design for the app, with it using a sidebar instead of a navbar along the top which does look quite a bit nicer. 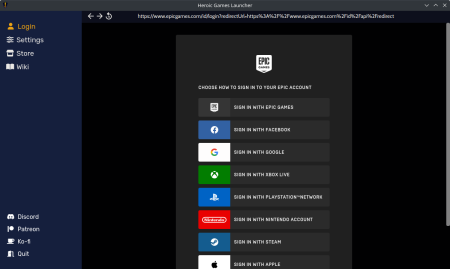 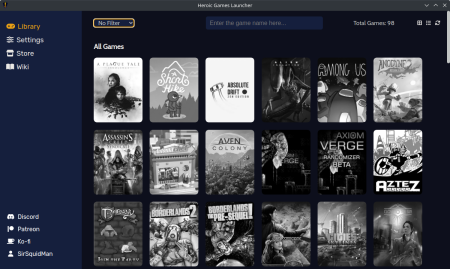 According to the main developer on Twitter, getting Flatpak supported for Heroic installs is planned.

I am the owner of GamingOnLinux. After discovering Linux back in the days of Mandrake in 2003, I constantly came back to check on the progress of Linux until Ubuntu appeared on the scene and it helped me to really love it. You can reach me easily by emailing GamingOnLinux directly.
See more from me
Some you may have missed, popular articles from the last month:
4 comments
Hooly 3 Jan

View PC info
They also seem to be aiming for a release on Flathub.
https://github.com/Heroic-Games-Launcher/HeroicGamesLauncher/issues/743
1 Likes, Who?
Crasben 3 Jan
The thing with the Unreal Marketplace was because i couldn't use Heroic because of that. lol
2 Likes, Who?

tpau 3 Jan
View PC info
The new login implementation greatly reduces problems for normal people that are used to username&password instead of the old system with pasting a SID from a json block ;)

It is nice to have a GUI for your games that doesn't rely on proprietary binaries to get your games installed.
Especially when they consider adding other games, this might end up far superior to the galaxy client and its integration plugins.
Clearly something people should get involved in, money and developers to get issues solved fast and the feature requests added is helpful.

https://www.patreon.com/heroicgameslauncher
https://github.com/Heroic-Games-Launcher/HeroicGamesLauncher
I'm sure some of us could help here and i don't mean just creating more feature requests ;)
1 Likes, Who?

View PC info
A lot of work on this version, several things needed to be rewritten and we needed to change some things in the architecture as well to optimize it. Good that everything was ready for the anniversary :D

If someone is curious about what's next for Heroic and what are the plans for 2022 (spoiler: Flathub and GOG), read our blog post on Patreon: https://www.patreon.com/posts/60716195
4 Likes, Who?
While you're here, please consider supporting GamingOnLinux on: