In the mood to try a new desktop shell? Well, the folks behind Nitrux have formally announced Maui Shell and it sure does look pretty.

A desktop environment with an aim to scale and look good across a wide range of different devices including mobiles, tables and desktop computers. They said the aim is to have "no need for multiple versions targeting different form factors" and it's seriously slick. Worth noting at this point, it is far from finished with plenty of missing features. The developers have announced it to get some early testing and feedback. 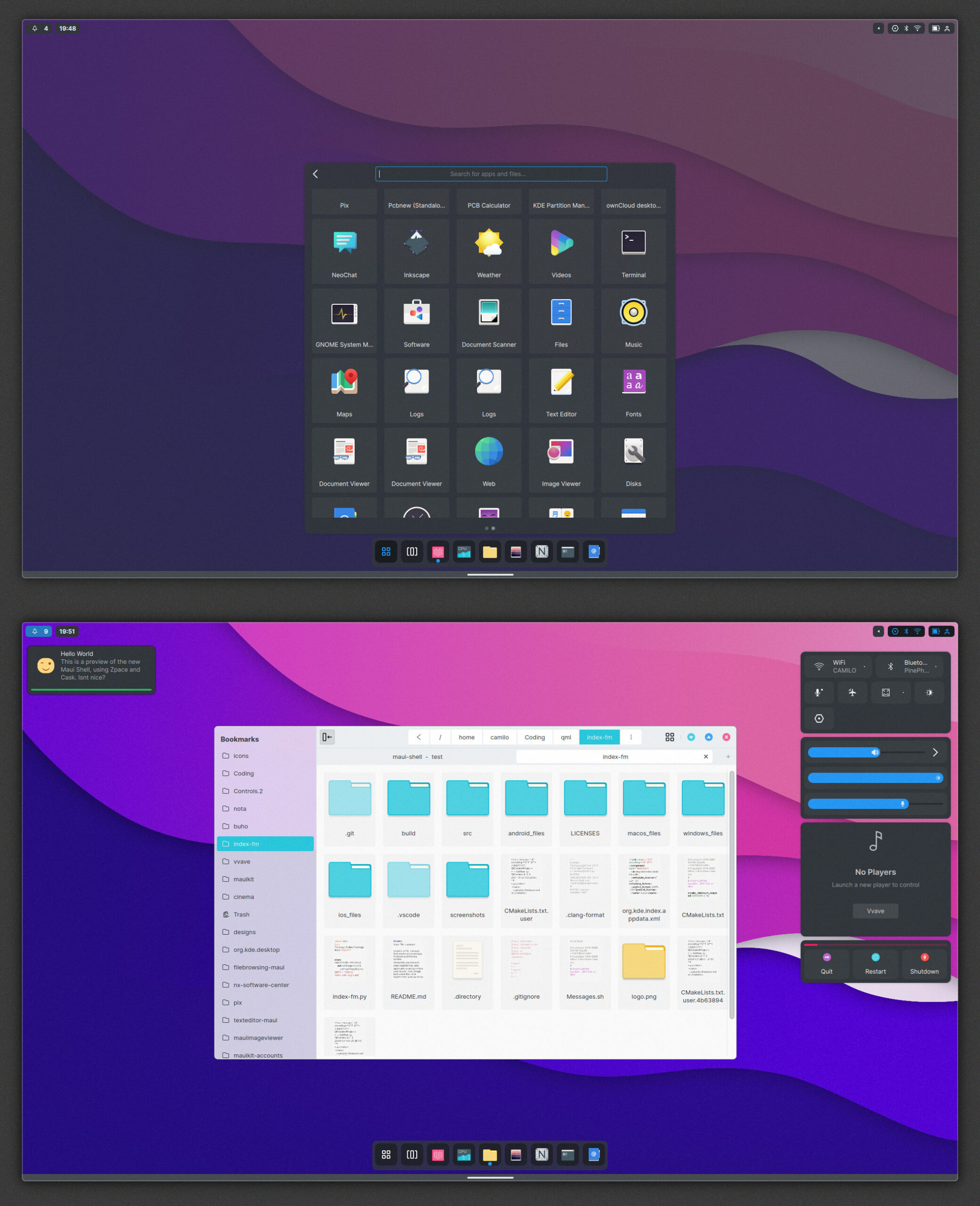 Built on top of KDE tech, it's comprised of two main parts:

Their current roadmap aims for a stable 1.0.0 release in September, followed by the next major version in December.

See more in their blog post and find it on GitHub. The latest release of Nitrux (v1.8.0) includes a preview of Maui Shell.

You can see a brief preview of the normal desktop mode below: 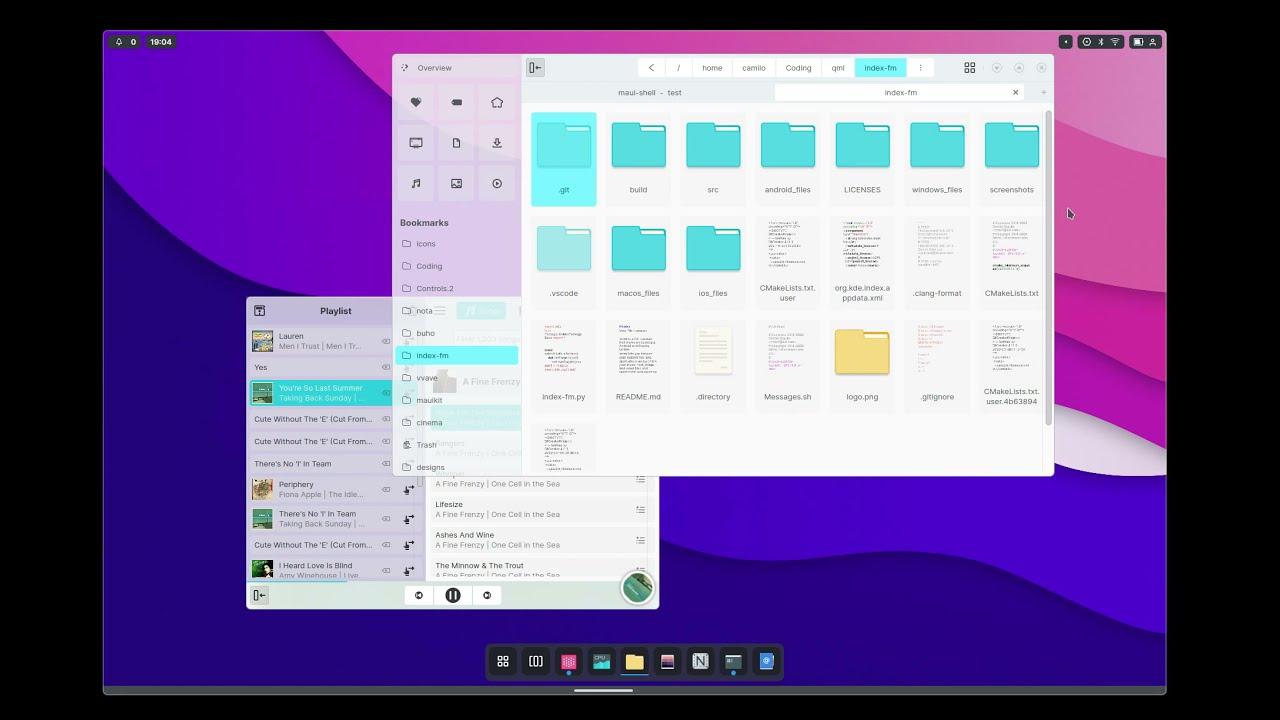 We do often include affiliate links to earn us some pennies. We are currently affiliated with GOG and Humble Store. See more here.
About the author - Liam Dawe
I am the owner of GamingOnLinux. After discovering Linux back in the days of Mandrake in 2003, I constantly came back to check on the progress of Linux until Ubuntu appeared on the scene and it helped me to really love it. You can reach me easily by emailing GamingOnLinux directly.
See more from me
Some you may have missed, popular articles from the last month:
6 comments
MacabreHeart 4 Jan
View PC info
Looks good. Quite like Gnome tbh but i dont see that as a bad thing, although it does make me curious if we'll see the same vitriolic complaints applied to it.
0 Likes

Looks very nice. I am glad more teams are building using the base KDE tech. It is very versatile.

Plasma works well for me and I like the detailed control, so I am not sure if Maui is aimed at me, but there is probably a good market for an easy-to-use alternative that doesn't bombard the user with so many options.
2 Likes, Who?
fenglengshun 5 Jan

Quoting: MacabreHeartLooks good. Quite like Gnome tbh but i dont see that as a bad thing, although it does make me curious if we'll see the same vitriolic complaints applied to it.

I think most of the vitriolic complaints for GNOME comes down to modification (theming, extensions, tweaks, etc.) and overreaches (libadwaita, effects on other distro and apps), amplified by being essentially the 'default' DE of many major distro, plus overall just whatever is going on with their devteam because I feel like they've been feuding with pretty much everyone for ages, from distro maintainers, to users, to even the kernel team as well.

A lot of people do like the polish GNOME has, just that the particulars become disputed and then it becomes worse because, I don't know, GNOME team just seems to have that effect.

As far as this new shell is concerned.... ehhh. I think it looks cool, but I'm not convinced as my experience with Maui apps has been that "it looks nice, it could probably work well on alternate form factor, but compared to existing solutions, they just get in the way instead."

Most prominently with index-fm - I tried that one, in hope of a file manager with session saving, and in the end I just went back to Dolphin. I'd rather use Nemo or Dolphin over index-fm, though it's a toss up between Nautilus and index.

I'll definitely test it in a VM once the beta starts... I think on February? As long as they have an .iso to make testing easy.

I'd recommend FerenOS to test them. If Ubuntu Budgie is like GNOME for sane people, then FerenOS is the Budgie equivalent for Plasma.

I really like to see something new evolving out of KDE tech / KDE Frameworks.

A nice video of Niccolò where he tests it and shows it a bit:
https://www.youtube.com/watch?v=gSX4rNr14Vg

CuteFish is nice too, but it heavily interferes with KDEs configs.

I'm not unhappy with Plasma, but I'm more for sane defaults than a lot of options and features making it more unstable than it needs to be.

We'll see where they go, 1.0 within a year is quite the task they set temselves. Especially since they're a small team, especially since it was started Mid-2020 already and wasn't really active (not even lately, considering the latest commit is 6 days old).


Last edited by STiAT on 5 January 2022 at 9:59 am UTC
0 Likes
ChiKin 8 Jan
View PC info
It looks cool, and it might be good for smaller devices, but it looks super limited.

I have always been a KDE user, despite its problems. Lots of new DEs seem to pop up to resolve those issues, but with Plasma improving their weak spots (bugs and consistency) I don't know if we really need yet another DE. The panel just looks like a stripped down version of Latte dock. Nobody wants to climb onto a big project with a bunch of legacy code and hard problems. Everyone just wants to make a shiny new thing that "wont have bugs". I don't mean to diminish the project. I think it's really cool. It just looks like every other day there is a new DE, and I don't know if we really need more of those.
0 Likes
While you're here, please consider supporting GamingOnLinux on: