How about some better performance for emulating the PlayStation 2? That's what you're going to get with Vulkan support now hooked up nicely in PCSX2.

Writing on Twitter the official account said: "A lot of people were asking for a Vulkan renderer and courtesy of Stenzek (Duckstation) it is finally here! It performs better than OpenGL in a lot of cases on similar blending levels so it should make a couple of harder to run games much easier to play! Thanks Sten!". They also included this screenshot: 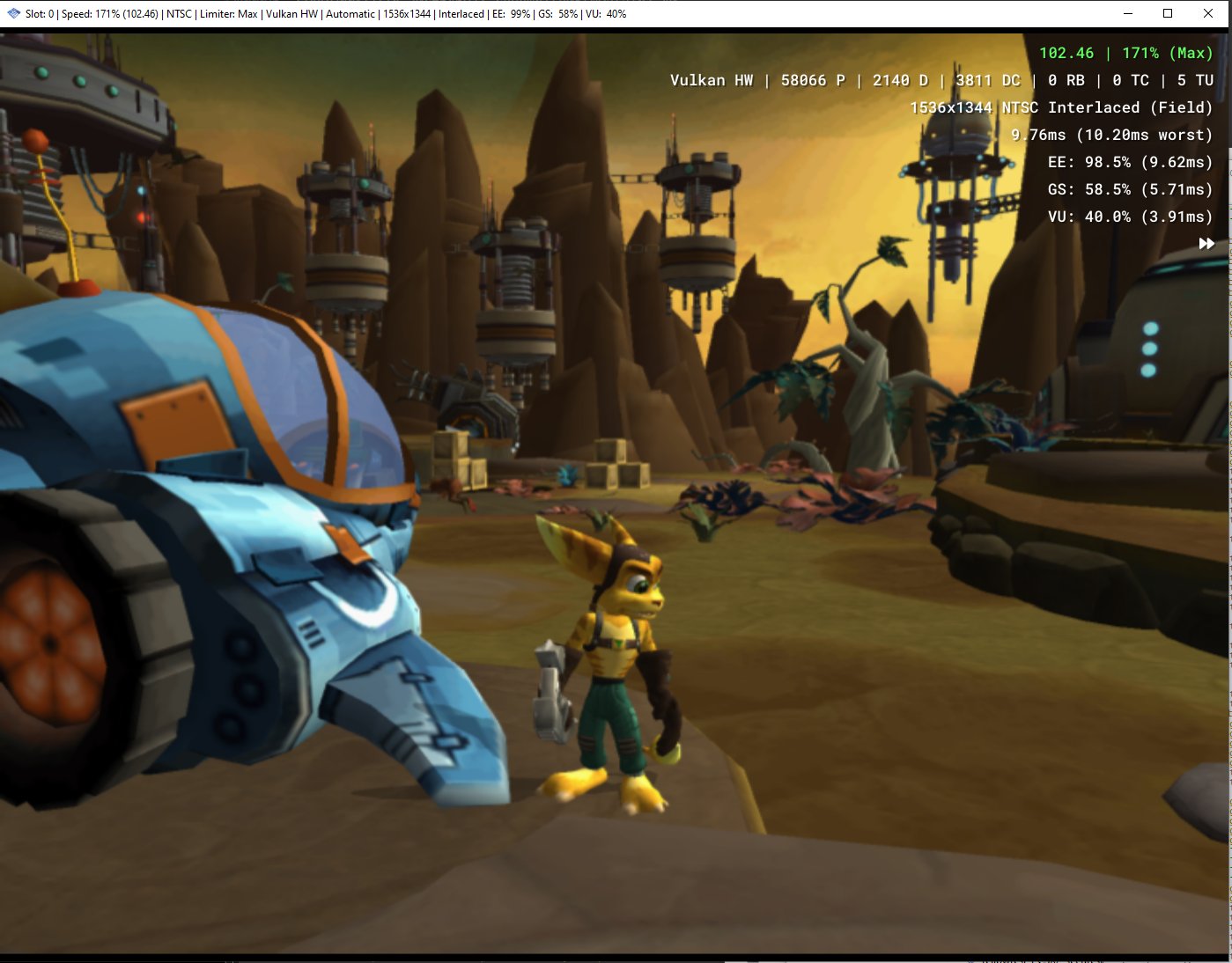 The work done by Connor 'stenzek' McLaughlin (known for the likes of the DuckStation PS1 emulator) can be seen in the merged Pull Request on GitHub. Speed and future-proofing are the obvious reasons for doing it, noting that it's much faster for both AMD and NVIDIA. Since the code is merged already, you can try it out in their development builds.

Nice to see more emulators keep getting better, they're really important for preservation.

View PC info
next 1.8 version (6 issues to complete milestone for now) will be a big release: 64bits and now this will be awesome

tdkuhl 12 Jan
View PC info
This is exciting. Can’t wait to try a few games I had stuttering issues with previously.
1 Likes, Who?

View PC info
This is gonna be an exciting release. PS1 and PS2 are my fav consoles. I regret not buying any original PS1 games back when they were common and prices weren't through the roof. However I did keep a few PS2 rpg's for emulator use.
3 Likes, Who?

for the moment I stay with the 1.6 on endeavouros. (1.7 from repos gives me problems)
0 Likes

View PC info
I remember they used to be against adding Vulkan claiming the main issue with performance was CPU usage and that Vulkan wouldn't help. I wonder what changed their mind or if it was just the lack of someone willing to code a Vulkan backend.
0 Likes
While you're here, please consider supporting GamingOnLinux on: