Developed as a modern reincarnation of the original Master of Orion, the free and open source Remnants of the Precursors is officially out now. It's been in development for somewhere around 6 years, with the big 1.0 landing on December 25.

Master of Orion is an absolute classic, and the sequel is one of the games that firmly cemented my absolute love of video games so seeing the genre live on in such a way is awesome. According to the developer "ROTP takes that original award-winning formula and adds high quality artwork, writing, graphical design and AI development to recreate the authentic experience of the original game. There is arguably more quality artwork and writing in ROTP than in almost any space 4X game currently on the market". 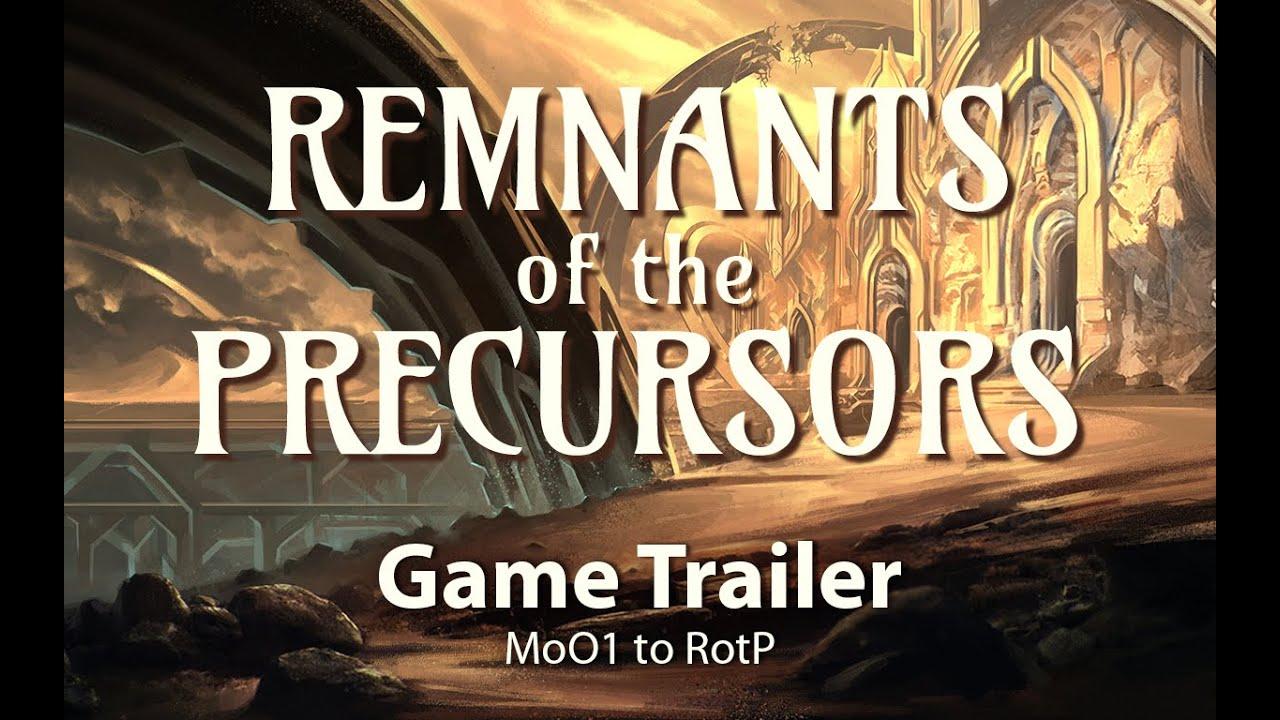 The developer further mentioned that "Each of the ten races has personalized dialogue that aligns with their racial tendencies to bring them to life in a way not possible in MOO1. Which race you choose to play really makes a difference in your tactics, and knowing who your neighbors are and what they care about is an important part of playing well." — and also that — "The technology tree is variable each game and has a real effect on how you design your ships. You can't research every tech, so you will often need to resort to diplomacy, espionage or even war to acquire technologies you desire. Ship combat is turn-based, allowing you to directly command your fleet against the enemy or some of the dangerous space monsters. There is no "blob vs blob" ship combat in ROTP".

Sounds like a huge amount of effort and attention to detail went into this.

Available free / pay what you want from itch.io and the source is up on GitHub. There's a few different licenses depending on the code / artwork but it's looking good.

We do often include affiliate links to earn us some pennies. We are currently affiliated with GOG and Humble Store. See more here.
About the author - Liam Dawe
I am the owner of GamingOnLinux. After discovering Linux back in the days of Mandrake in 2003, I constantly came back to check on the progress of Linux until Ubuntu appeared on the scene and it helped me to really love it. You can reach me easily by emailing GamingOnLinux directly.
See more from me
Some you may have missed, popular articles from the last month:
6 comments
Purple Library Guy 5 Jan
Well, the last MOO 1 clone I ran across was still in kickstarter; I supported it, have an in-development version, but it's kind of stalled out at "more or less playable but not really finished". So, maybe a finished one . . . but then, I don't really care that much about the graphics, so aside from that is there anything in this that says I should be playing it instead of just firing up MOO 1 itself?
0 Likes

denyasis 6 Jan
View PC info
Might give this a try. I think I've been wanting to do a sci-fi strategy game and for some reason Stellaris did not click with me and space empires 4 seems a little to intense. I have fond memories of MOO and MOO2 (Especially 2).
0 Likes
RayFowler 6 Jan

Quoting: Purple Library Guyis there anything in this that says I should be playing it instead of just firing up MOO 1 itself?

ROTP was made with MOO1 fans in mind, so you will find many quality of life improvements in the game compared to MOO1. There are a lot more customization options to the game and a pretty active user community for it. It's free to download and play, so hopefully you'll enjoy it!
3 Likes, Who?

First: the artwork and music are excellent. As close in feel to moo as can be without actually being moo.

Second: less positive, the interface's visual design. It manages to completely rub me in the wrong way with broken lines in interface elements (for example: that gap where alerts appear and the next turn button's left edge not aligning with the planet panel's), and the blue buttons from the galaxy view disappearing when changing screens. The changeover from the galaxy view to the management screens feel inconsistent, not sure if that is due to the colour change or the aforementioned buttons not being in the other screen views. I know this is the way moo1 does it, but with the bigger screen real estate nowadays I'd prefer those blue buttons becoming more of a navigation bar.

Feature request: Customisable hotkeys. I would really prefer Enter as a hotkey for next turn instead of "n".

Did I mention I like the artwork and music? Looking forward to really digging in ^_^

denyasis 9 Jan
View PC info
Ok, just played it. It does remind me of MOO1, which I did play back in the 90's.
It's definitely MOO1+, a lot of good improvements to the UI in particular. Everything feels very smooth.

Most importantly... It still feels like MOO1.
1 Likes, Who?
Purple Library Guy 24 Jan

Quoting: Purple Library Guyis there anything in this that says I should be playing it instead of just firing up MOO 1 itself?

ROTP was made with MOO1 fans in mind, so you will find many quality of life improvements in the game compared to MOO1. There are a lot more customization options to the game and a pretty active user community for it. It's free to download and play, so hopefully you'll enjoy it!

Well, I gave it a shot. It's available for free, but I can never make myself do that, so I tossed in a few bucks. Worked fine last night, played for a few hours, and it does feel like MOO1 but it's definitely smoother to have modern quality of life improvements, mousewheel zooming and various stuff. Liking it.

This morning though it doesn't work. Double click on the .jar file and nothing happens at all. Weird.
0 Likes
While you're here, please consider supporting GamingOnLinux on: