STAR WARS: Squadrons looks to be preparing anti-cheat for the Steam Deck

Red 5 standing by! How about a little more Star Wars on the go? It appears that MOTIVE and EA and getting ready for the Steam Deck release with tweaks to their anti-cheat.

We don't yet have confirmation of what's happening, and we don't know if it will be a success but they're definitely trying to get it ready. Over on SteamDB you can see there's an "eac_fix" branch, with a description of "EAC fix for steam deck test branch" - so work is clearly happening (EAC being Easy Anti-Cheat). Being able to play Squadrons on the Steam Deck and online against others sounds like it could be pretty awesome. 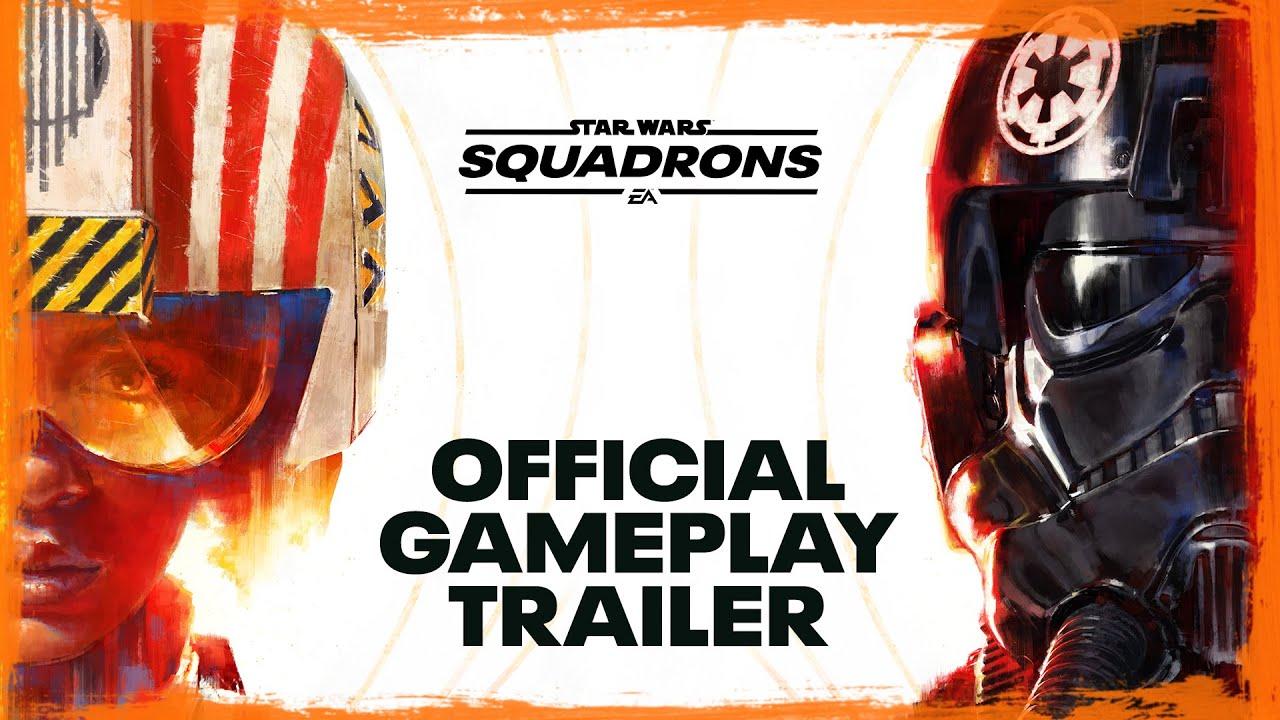 Valve did say recently that beginning Monday, January 24 they would be sending out Deck Verified data, to those developers who use anti-cheat middleware so perhaps this is the start of more to come? Considering that Easy Anti-Cheat is now easier to support for Linux / Proton and the Steam Deck, and BattlEye is just an email away, we're hoping to see lots of titles get working in the next few months.

We do often include affiliate links to earn us some pennies. We are currently affiliated with GOG and Humble Store. See more here.
About the author - Liam Dawe
I am the owner of GamingOnLinux. After discovering Linux back in the days of Mandrake in 2003, I constantly came back to check on the progress of Linux until Ubuntu appeared on the scene and it helped me to really love it. You can reach me easily by emailing GamingOnLinux directly.
See more from me
Some you may have missed, popular articles from the last month:
32 comments
Page: 1/4»

View PC info
Goddamit. I'm definitely going to have to buy this if they enable EAC for Proton. Electronic Arts, eh? Whodhavethunkit.
10 Likes, Who?

jordicoma 30 Jan
View PC info
Just get rid off the anti-cheat systems, many (or all) are rootkits and worsens the performance.
Well or at least let play the game without anti-cheats if you don't care about multiplayer.
1 Likes, Who?
gustavoyaraujo 30 Jan

I'm curious if they will also let us play FIFA online in the future.
1 Likes, Who?

View PC info
It's sooooo good with the Index.

Only thing - as with all VR games for me - I have to stop after about 30 mins.
My brain is oviously unable to get used to it. What a shame. :(

Quoting: gustavoyaraujoI'm curious if they will also let us play FIFA online in the future.

Wait, they still release the FIFA games for Windows, but not the NHL series?

Quoting: jordicomaJust get rid off the anti-cheat systems, many (or all) are rootkits and worsens the performance.
Well or at least let play the game without anti-cheats if you don't care about multiplayer.

Well, sure, that would nice. I'd quite like bigger house while we're dreaming. But realistically, it's not going to happen, is it, sadly.

So I'm really pleased Valve is making some headway with the people who make these decisions to get some support in there.
5 Likes, Who?
Kithop 31 Jan

View PC info
I played a fair bit of Squadrons via the Xbox Game Pass on my Windows disk (gasp), in VR with HOTAS, and mechanically, the game is good fun. The ships feel good, the VR support mostly works, almost on-par with Elite: Dangerous aside from a couple left/right eye-swap bugs in in-game cutscenes.

However, I can't recommend people pick this up unless they're getting it for free as part of something like Game Pass / EA Play... (review follows in spoiler tag)

5 Likes, Who?
Purple Library Guy 31 Jan
Say, talking of VR . . . does anyone happen to know how much of a difference it would be likely to make if you were using VR and had in effect just one eye?
1 Likes, Who?

Quoting: Purple Library GuySay, talking of VR . . . does anyone happen to know how much of a difference it would be likely to make if you were using VR and had in effect just one eye?

…difference in what? I suppose you wouldn't get any depth perception, for starters (just like in real life), and then the headset's basically just a very expensive flat screen that you've strapped to your head.
1 Likes, Who?
1/4»
While you're here, please consider supporting GamingOnLinux on: