Trouble in Solus Linux land as their Experience Lead quits

Joshua Strobl, who was Experience Lead for the Solus Linux distribution, has officially quit but work on the Budgie desktop environment continues.

Announcing the departure on Twitter, Strobl linked to a longer statement that went over some rather vague issues that probably won't make much sense to anyone who isn't close to Strobl or the project. These include problems "which affect the ability to contribute to Solus, both from myself and others in the community". 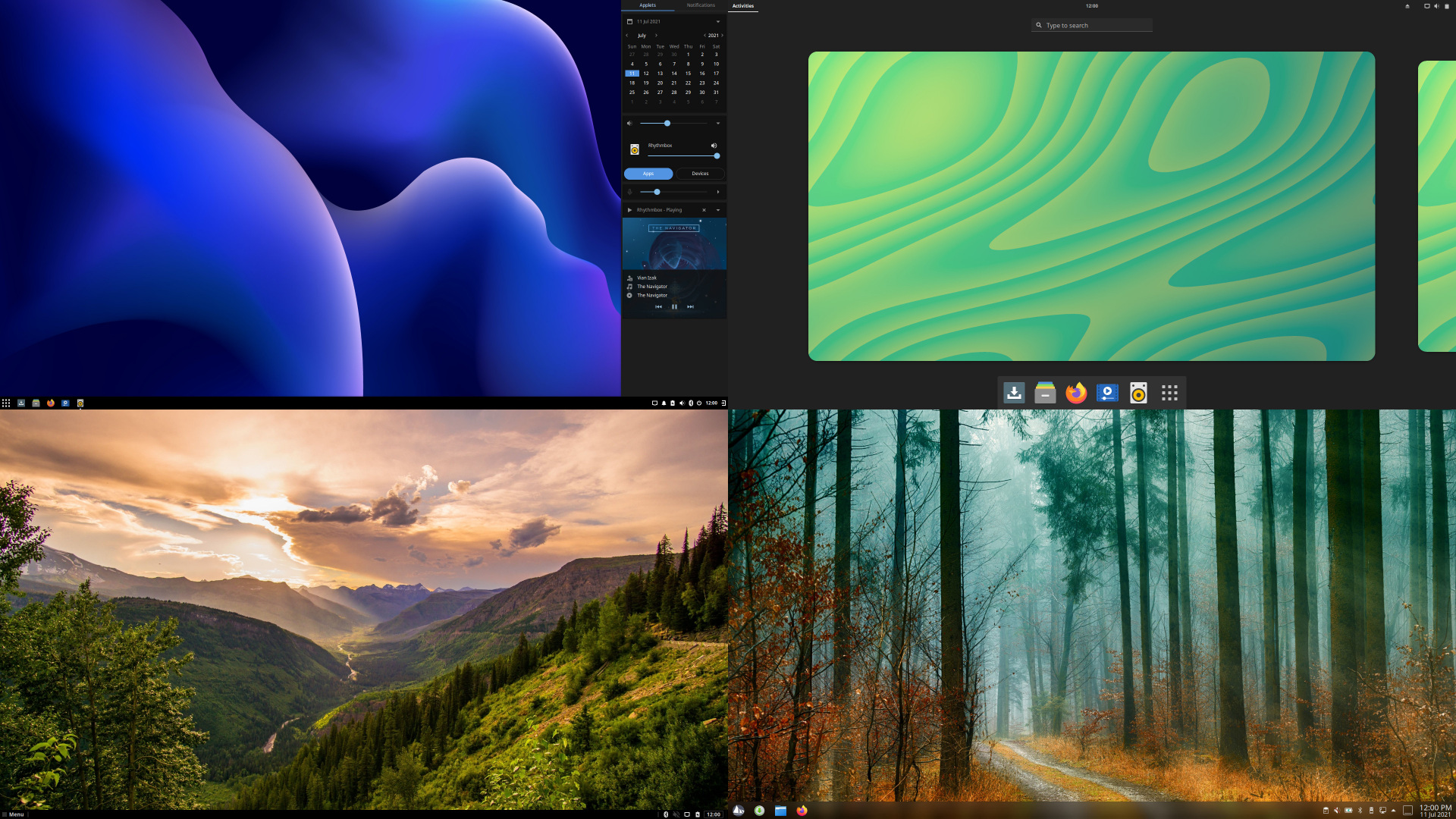 The good news is the fancy Budgie desktop environment will live on as an independent project. Budgie now has a new home on GitHub, under the "Buddies of Budgie" organisation. Strobl mentioned the intention to invite developers from Ubuntu Budgie, Endeavour and more to contribute to it.

Solus itself will also continue on, with it being mentioned that the hand-over between Strobl and others will be "graceful".

This isn't the first major blow for Solus, since they also had to deal with the original creator Ikey Doherty quitting a few years ago. Seems like there's some wider problems they need to deal with if they're to keep Solus going. Strobl also mentioned a plan to join up with Doherty on SerpentOS.

View PC info
I wouldn't have much faith in SerpentOS, Ikey and Strobl will probably ditch that in a few years for something else.
3 Likes, Who?

fagnerln 3 Jan
View PC info
When a leader or the creator leaves a project, the project generally falls. Unless of course if it's a huge project with various leaders. I hope that Solus keep evolving.

About this SerpentOS is a bit weird, the guy already had a great distro, who guarantee that he will not abandon this too?
2 Likes, Who?

t3g 3 Jan
View PC info
I'm old enough to remember when Ikey created and maintained the Solus team and then just avoided everyone. Didn't communicate with team members and committed no code. Pretty much moved (maybe he didn't or was lying) and left the Solus team high and dry. Eventually he went to Intel, but it was a shitty way for him to abandon his project.

Then Josh and others had to go into emergency mode and took over the reigns for the project. Now he is leaving and Solus is in uncertainty. I tried Solus when Ikey was leading the team, but with how strong Arch is now, there is really no reason to pick Solus. Heck, you can install Budgie on any distro you want regardless if it is Arch, Debian, Fedora, or Ubuntu.

Now you see why people choose Arch and Debian as their main distros as they have a history of a strong community not run by a corporation or a handful of people.
7 Likes, Who?

View PC info
I don't know much about the Solus situation, but upon reading this line...


QuoteI want to be clear

...I had to laugh. As Liam says, the announcement is incredibly vague. In a situation like that you may as well say nothing :-)
2 Likes, Who?
samurro 3 Jan
SerpentOS is interesting for me, because I think Solus did a good job some years ago. Also I think Budgie is one of the finest DEs in the Linux economy.

Also lately I have been reminded that using a non mainstream distro (in my case OpenSUSE Tumbleweed) comes with its drawbacks, which at some point, might not be worth it anymore.
0 Likes

View PC info
I'm honestly not sure what the point of Solus is anymore. For me it was a vehicle for innovation in the Linux desktop world when headed by Ikey. When he left, all innovation (AFAICT) stopped dead. At that point it wasn't really much better than any other Linux distro out there. I'd be genuinely interested to know why Solus users stick with it other than just because they couldn't be bothered/didn't want to switch.
2 Likes, Who?

STiAT 3 Jan
View PC info
I will continue using it. For innovations, other distros are no innovation drivers either, they just maintain packages, and that the current team can and will continue. Josh basically did little in that way the past month anyway.

Arch is exceptionally ugly to use due to optional dependencies which are required for features of applications are optional, which leads to a bad out of the box experience, whatever the disribution above that.

Debian/Ubuntu based are slow as hell managing/updating packages and I never had a snappy experience, as is any deb or rpm based distro.

Solus will not face the same issues as when Ikey left. Though, more work on Beatrice means less time for things like sol or a software center rework, flatpak/snap integration there etc.

But it's not that those are really well integrated anywhere except maybe in Neon. But that is not really a decisive factor for mey I use one snap - Spotify.

I think it will have an effect on the project, but I do not see much changing in the current value of the distribution.

The "make it harder than necessary to contribute" I can not really follow. There must be an argument about that, but I found it exceptionally easy to contribute.

We'll see where this leads, but I do not have another disro providing an experience even close to Solus, so I'll stick with it (and I used Arch 2004-2017, tried it over the holidays again and it's just a mess).

Quoting: samurroAlso lately I have been reminded that using a non mainstream distro (in my case OpenSUSE Tumbleweed) comes with its drawbacks, which at some point, might not be worth it anymore.

This is one of the reasons I could not bring myself to use Solus (in addition to many other notable reasons).

Like it or not, the future of Linux is no longer in small boutique distros with a skeleton crew, because the skeleton crew can disappear overnight. The future of Linux is now in large, well establised distros with large, well established teams and a solid financial base that can survive a sudden death or departure, and can pave their own way. We are talking Arch (and Manjaro), Fedora/Red Hat, Ubuntu (and maybe Pop, Elementary, and Mint), Debian, and OpenSUSE/SLE. Any new distro that comes will need to build up, fast, but will also need to cannibalize resources from other distros to do it.

View PC info
Things starting to look a bit more up already! Check this out!

https://discuss.getsol.us/d/7856-not-dead-yet/5
1 Likes, Who?
1/2»
While you're here, please consider supporting GamingOnLinux on: