ChimeraOS 30 is out with big OneXPlayer improvements

ChimeraOS continues to provide a full-screen console-like Linux experience for those that want it, and ChimeraOS 30 is now live with some great upgrades.

First, the usual upgrades to the major parts like Linux Kernel 5.16.5, Mesa drivers 21.3.5, NVIDIA drivers 510.47.03 and upgrades to their own special compositor and Chimera software. Plus, a bump for RetroArch to version 1.10.0. The bigger changes come for those who have a OneXPlayer handheld device as it should work vastly better with ChimeraOS now thanks to controller detection fixes, screen orientation fixes, a fix for custom resolution support and a default resolution set properly to 1280x800. So out of the box, OneXPlayer devices should work nicely. 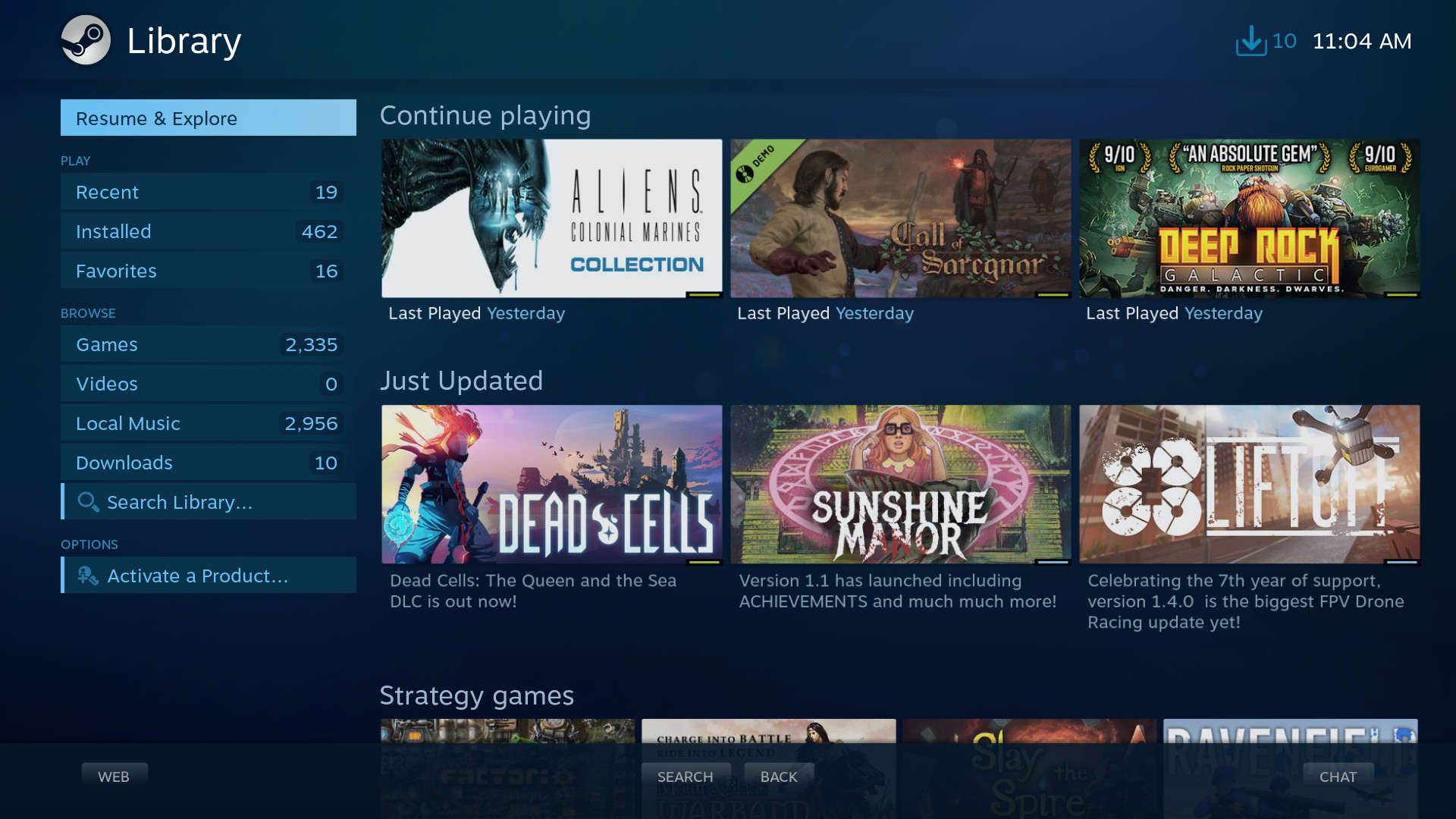 Once Valve actually replaces the Big Picture UI with the Deck UI, it will be fun to see ChimeraOS evolve with it. I've said it before and it remains true: no doubt there will be plenty of things ChimeraOS continues to do that Valve won't be able to do officially (or won't want to do) with SteamOS. Just like you have Proton GE that does things the official Proton doesn't / can't.

View PC info
It's great that we have some competition to SteamOS. Might improve both projects and I'm sure ChimeraOS devs will make sure it works great on Steam Deck.
3 Likes, Who?

CFWhitman 9 Feb
View PC info
One of the biggest shortcomings of running ChimeraOS on existing handheld PCs at the moment seems to be no interface for adjusting things that could result in power savings. There is not even a simple way to adjust the screen brightness much less the TDP. I'm wondering what effect the release of SteamOS 3 will have on this. I suspect that a lot of SteamOS 3 is going to make an appearance in ChimeraOS. Of course, the power saving features of SteamOS 3 so far are specifically for the Steam Deck. How long it will take those features to work with any given alternate handheld PC is anybody's guess. It may be that it won't take much to get them to work with another AMD APU. Then again, we don't know. Even if it doesn't, how much more work will it be to make them work well with Intel devices?

One interesting thing about ChimeraOS on the Intel handheld PCs, though, is that they don't seem to have as many GPU driver issues on Chimera as they do on Windows.

View PC info
The OneXPlayer is a nice device and all but I feel its one APU generation below what it needs to be at.
0 Likes

Fredrik 11 Feb
View PC info
I hope they finally ironed out the old bug with mouse warping all over the screen with my nvidia card, its been a showstopper for me for ages now. And sadly nvidia 510 wont let me run 120hz I am stuck at 60hz, same with windows 511 driver, had to downgrade both on linux and windows.
0 Likes

CFWhitman 21 Feb
View PC info
It took me a while to notice, but in this release the touchscreen on my Aya Neo Pro doesn't work. I have ruled out a hardware issue. It still works with other systems. Most of the time, it doesn't get in the way, but I found I had to hook up a trackball (or mouse) to get rid of the launcher in DIRT Rally.
0 Likes
While you're here, please consider supporting GamingOnLinux on: